The day after my last letter, things slackened off for us and we knew that some of our friends must have played leap-frog with us, as we had done with them just a few days before. As x-ray was quiet as a mouse, I developed 6 rolls of my film and 4 of Gert’s. Now will have to go into production and do some printing of my pix. The one of Jeanne & Lilice together looks like a prize, and the one I had Wy take of me with the new jacket before taking off for Nancy looks O.K.

We’ve been having company in our tent the past couple of nights. You see, there is a Recreation tent, but it is big and cold, and since the guys are not allowed in the gals’ tents, the reverse is O.K. One night Helen Nelson and her C.O. and exec were here, along with Hattie Myren’s friend Bill Dunn (Provost Marshall for this Army), who is a swell guy. Another night was a Red Cross Public Relations team made up of a photographer by the name of Al Taylor and a reporter by the name of Isabella Millier. The former just left the U.S. a matter of a few weeks ago, but the latter was over in England for some time and in France for several months. Polly Scholder brought her over and it turned out to be an interesting evening. Polly, the two guests, Jack, Gil and myself just sat around and for the most part listened to Miss Millier talk.

It turned out that she had known Polly slightly before coming overseas, coming in fact, from Los Angeles where she had worked on the L.A. Times for a few years. We had a lot of fun listening to her for she had some choice expressions and a way of describing things that was different than any we had heard for a long time. One that we all howled at was the way she described the Dijon gin that was rationed out some time ago – saying it was like the “aroma of a hot and crowded night at Ocean Park”.

Yesterday, didn’t do much of anything – snapped a few pix of the area when the sun came out for seconds only at a time, and did some reading the rest of the day.

We’re just off what we have christened “Hollywood Blvd.” tho’ some call it “Wilshire” “The Harrisburg-Pittsburg Highway”, etc.  It’s some highway — a divided one that doesn’t go thru any of the cities or towns though there are various “ausfahrts” that one can take to get to the towns.  In the middle of the division strip sits our big sign. One can sure tell this is a California outfit by that sign. No other outfit has one quite as big nor have they been able to put theirs in such a conspicuous spot.  It’s just like one of those roadside signs advertising a hot-dog stand or a drive-in.  In fact, Jack has suggested that we place signs up and down the highway, a la Burma-Shave, saying “Do you”– “have hemorrhoids?” — “have nasopharyngitis?” — “have measles?” — “have hepatitis?” — “have gonorrhea?” — “Stop at the 59th!” — “Service in your vehicle!” — “By 51 beautiful American girls!” — etc., etc. 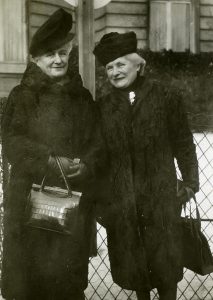 The X-Ray Department was quiet, so René had the chance to develop and print some photographs, including the one of French relatives Lilice Baumann and Jeanne Salomon (above) and one that Wy Wyzogski took of him in his “new jacket” (below). 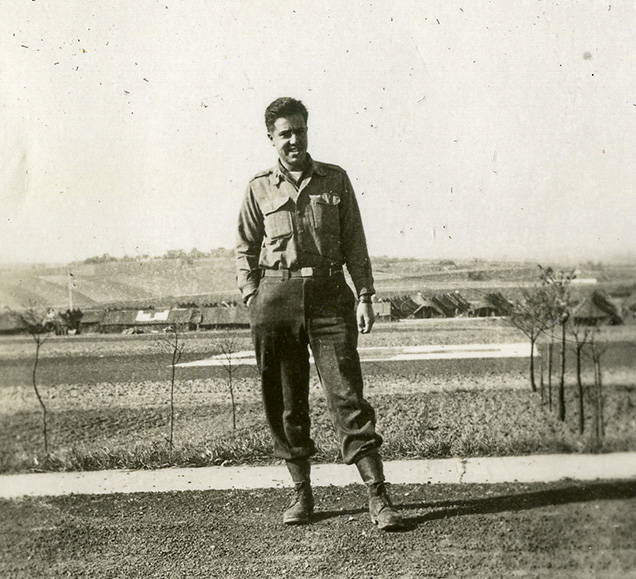 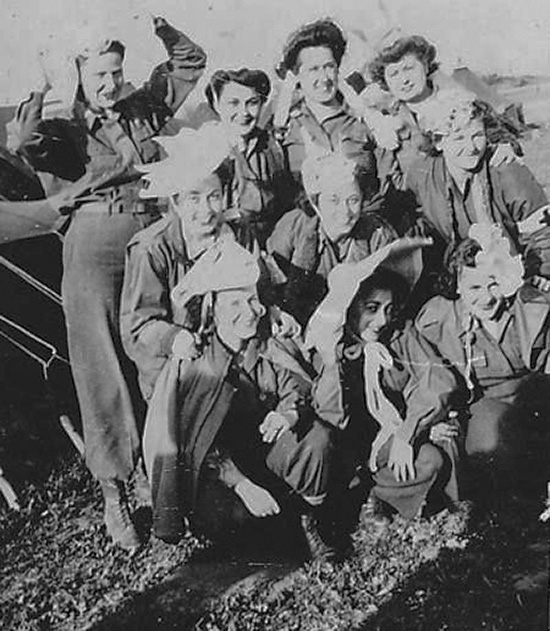 Someone (not René) took this picture of the nurses in their Easter Bonnets. 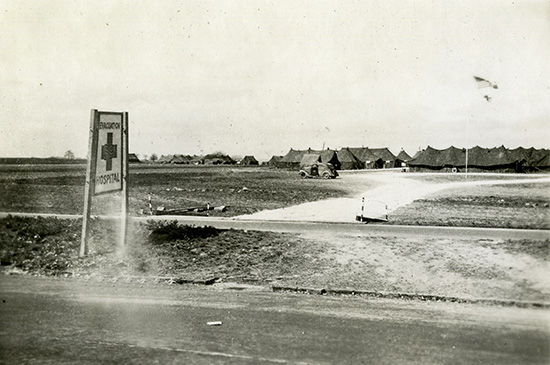 René’s caption for this photograph reads, “Entrance from the autobahn (super-highway).” 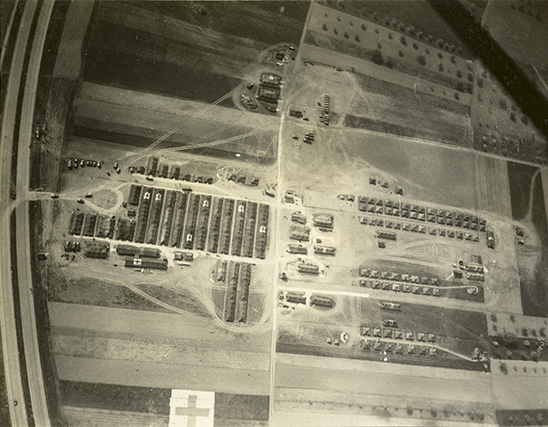 View from the air of the 59th’s tents next to the autobahn near Tiefenthal.