Things around here are all mixed up and no one knows where anything stands. At the present moment I am not at all sure that we are going to be able to go to Richmond to see Mom and Marie-Louise. It may be necessary for them to come out here. Our leaves will either be O.K.’d or turned down by Col. Arnold, who has the say around here. All other requests for leaves have been turned down by him, but they have all been for greater distances and for greater lengths of time, so I am still hoping with every atom.

The reason that there is the big question is that apparently they have some screwy plans for us again – they just can’t leave us set too long in any one place – but will we ever get anywhere?? It certainly looks as if the answer is NO! At the moment we have orders to sew some new insignia on our sleeves. We had to take some off before we got to N.Y. Now, the fact that we are putting some on seems to indicate that we are going to be in the U.S. a while longer. Maybe the story that we are going to Hollywood to produce training films might not be such a bad one after all — but, nuts!!!!!

One rumor has us going to Georgia or to Florida from here, but naturally no one knows – even our Col. doesn’t seem to know a damn thing. We have started to get some of our equipment in from Toledo, but it is coming in by drubs and drabs at the moment. Apparently the fact that the leaves have been turned down means that we will not be here much longer.

One of the choicest rumors that we definitely do not like is the same one that we had before we were supposedly going to the desert in California – that is, that the nurses are not going with us. Just what would we do then I don’t quite know. Am just going on the assumption that that is a nasty rumor until proven otherwise.

Don’t take these too seriously for probably by the time you get this we will know definitely about most of these things and it won’t do any good for you to be thinking about them too much.

The last two days have not been so eventful. Work has gone along in the hospital, though I have been assigned to two other wards now and work with Roy Cohn. The funny thing is that Lois and Fran Trembly are working on one of the wards we have. Yesterday I gave two spinal anesthetics while some of our men operated.

Tonight the 59th is giving a party to the Station Hospital Officers in their own club.

Watch for my next letter
October 10 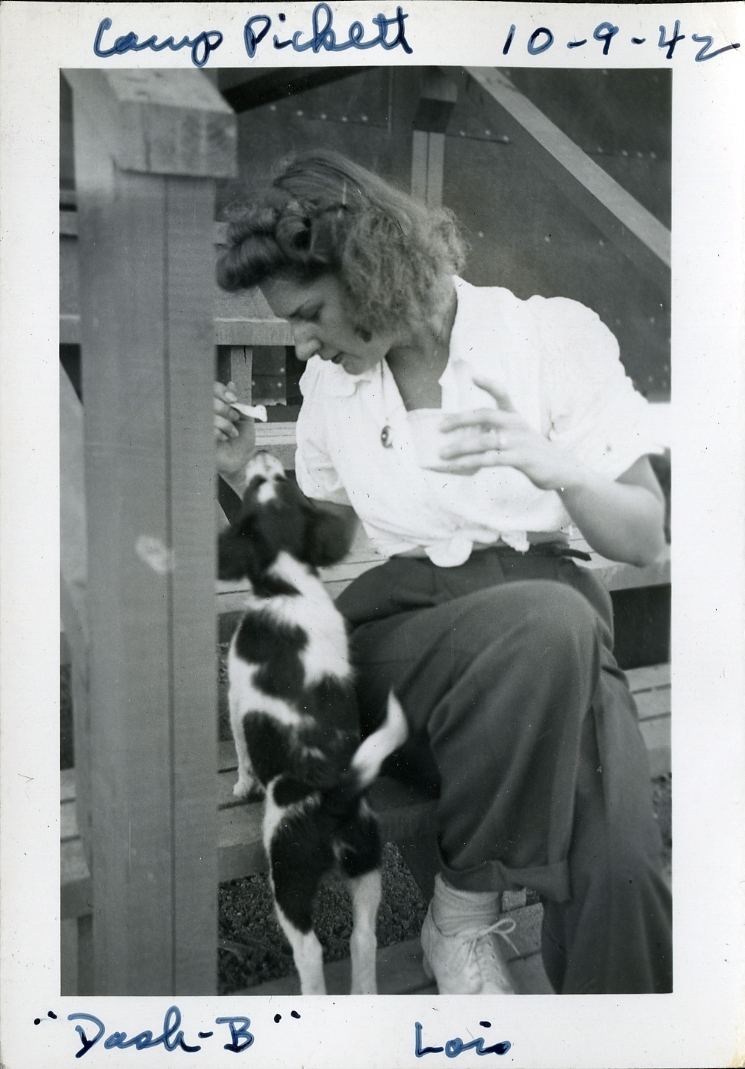 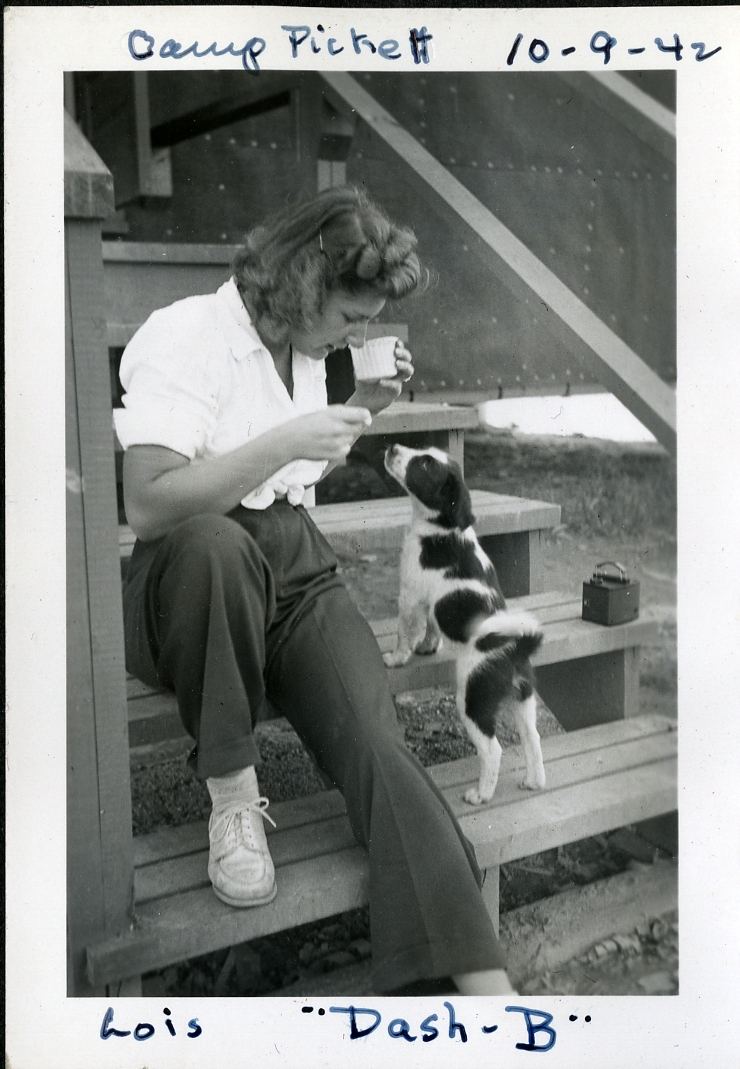 Not only did René get to work with Lois at the hospital today, he took some photos of her with the camp dog “Dash-B.”