At Ravensbruck, the Germans seemed to have quite a nasty sense of humor or sadism, call it what you will. If a woman had to see the doctor for some internal ailment, she was sent to him completely clothed.  If, on the other hand, she had something wrong with her hand, or if she had to see the dentist, then she had to appear completely naked. You’ve seen cartoons depicting such things jocularly, but they were not joking there.

In fact, they apparently had the women naked on and off a great deal of the time, for they invariably made the “selections” with the women naked.  Yvette managed to remain somewhat chubby and she, along with some of the other more fortunate, attempted to shield the skinny ones when these line-ups occurred, for it was the skinny and sickly ones that were “selected.”

At one time they had to work in water way above their knees, clearing out debris, weeds. etc.  This apparently was not too bad, though the water was icy.  Yvette liked that to some extent because she was able to drink as much water as she wished.

She was struck and beaten so many times that all these things seem welded into one within her mind.  She bears numerous scars, the most prominent ones being on her forehead — two dark brown areas.  She apparently never gave a thought to preserving her life.  She didn’t want to, in fact.  When she was struck by a German, she struck right back — sometimes getting the better of her attacker.

Just as at Dachau, the conflicts between the various groups were always going on.  However, the Poles apparently were the worst group in the camp she was in, along with the Hungarians.  The Polish women tried to become group-masters, and as such, to curry favor with the SSers by beating and killing (sometimes ten a day) their fellow inmates.  Yvette had many a battle with these other women.

She had a most unpleasant room at Ravensbruck.  She was in the barracks closest to the crematorium and would look out and see the flames coming out of the chimney four and five feet high.  She would continually hear the screams and cries of those being brought there after the “selections.” Little wonder that even sodium amytal does little to give her peaceful sleeping hours.  She says that at night she is continually seeing these scenes, re-living the various things she has gone through, hearing the screams of others, seeing other women shot to death, for straggling, etc.

There were a lot of female Gestapo and SSers who were guards at these camps. They treated the women prisoners terribly, but the men did not fare so badly under them, for somehow they managed to take time to sleep with the male prisoners whenever the opportunity arose.  Where they were able to do this, Yvette says, it is still a puzzle to her. 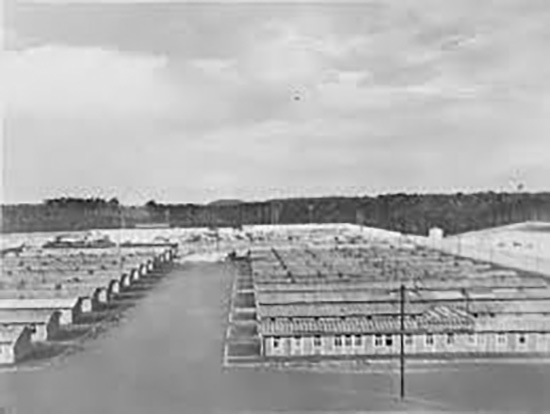 Ravensbruck Concentration Camp in Germany where Yvette and her sister-in-law, Jacqueline were prisoners. 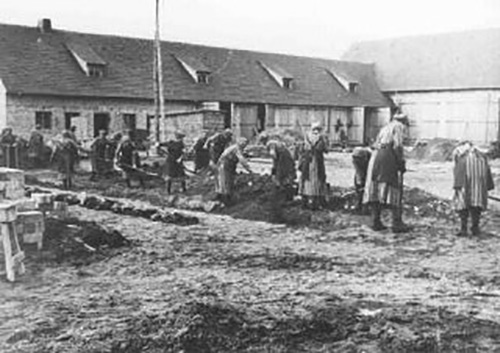 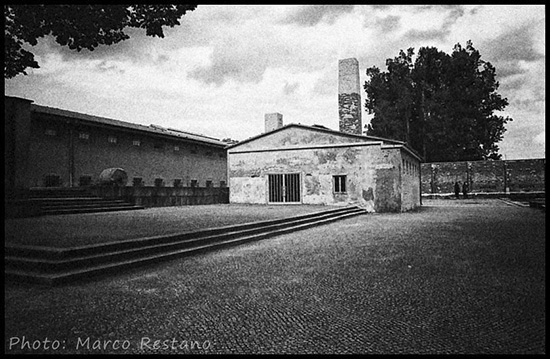 Yvette’s barracks was closest to the crematorium.