On September 8, Lois had her first day off, so we left here shortly after lunch and took one of my dispensary boys with us for an interpreter. His name is Syracuse and he has some relatives nearby, but strangely enough, not in the town from which he got his name. He speaks the lingo fluently and is swell at haggling. He’s an awful nice kid and we had lots of fun just wandering around with him.

We then hopped into a native carriage, with the screwiest horse drawing it — he seemed to always be going sidewise instead of straight ahead, and the front wheels of the carriage seemed to be coming back and going under the back wheels every so often. Anyway, the three of us trotted out to the catacombs. ‘Twas down under the ground, however ‘twas somewhat ventilated in one spot as a result of what the Italian guide we had said was “American bomb.” He explained, “Americans good, bomb no good!” The place had bones hanging from the wall, stored in boxes and niches, with their shrouds hanging loosely over the bones. There were hundreds of skeletons there, the place having been started in 1599 and the last person having been deposited there around 1870 or so. Most of the skeletons had their name plates still intact — everybody from rich to poor, princesses and babies, and even the great Garibaldi, so the guide said.

After that little visit, we left Syracuse and we went our way and he went his way. Our way took us to George Sterba’s place where one of his boys gave Lois a gift of a couple of cups and saucers with the Italian Navy crown embossed on them. We stayed for dinner and then came home – getting a ride in an Italian jeep that makes as much noise as an army opening fire on the enemy at close range.

Later that same evening, Lois, Paul, George Davis and I went up to the home of one of our Italian civilian workers — a plumber. The latter actually lives in town but owns this place out a ways in the country, and he gave George the use of the place so it is a good party place. We went out that night to inspect it and make plans for the future. We got out there about 7 P.M., after a nice ride in the cool evening air, in our favorite jeep “Bonnie Blue Eyes.” The place is on a hill with a lovely big balcony overlooking adjoining hills, which are covered with orchards. It also overlooks a nice cove — the blue Mediterranean. We were standing admiring the view and we thought we were about the only living souls for miles around.

Then, all of a sudden out of the still country-side we heard wild whoops and hollers from all sides. The people started coming out of their houses and yelling at us, “Finito la guerre, finito la guerre.” They were jumping up and down all over the place, and we couldn’t believe that it was true. Finally some of them calmed down enough and we understood enough of their Italian to get that they had heard on the radio that Italy had signed an armistice. Well, we still didn’t know whether or not to believe them, but when we heard sounds of hooraying from all the places around, and could even hear hollering for miles down the road, we got as excited as anyone and pranced around like mad.

We’d planned to stay up there until around 10 P.M., but with that news we tore wildly down the hill, amid cheering and waving throngs of natives. Paul drove and waved his hand to all “just like F.D.R.” as he said. George was riding his motorcycle and we followed right behind him and it really made quite a sight. The people all along were just wildly happy and were yelling at us all the way back into town. There was a lot more celebrating among the natives than there was by the Allies. And, our Italian prisoners were just wild — they were singing way into the night. 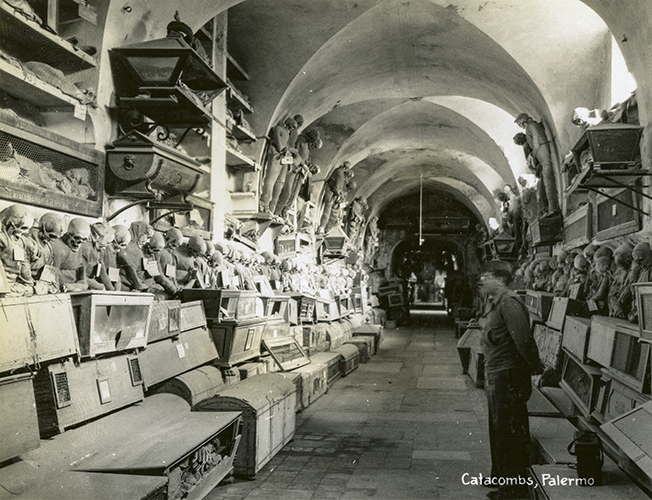 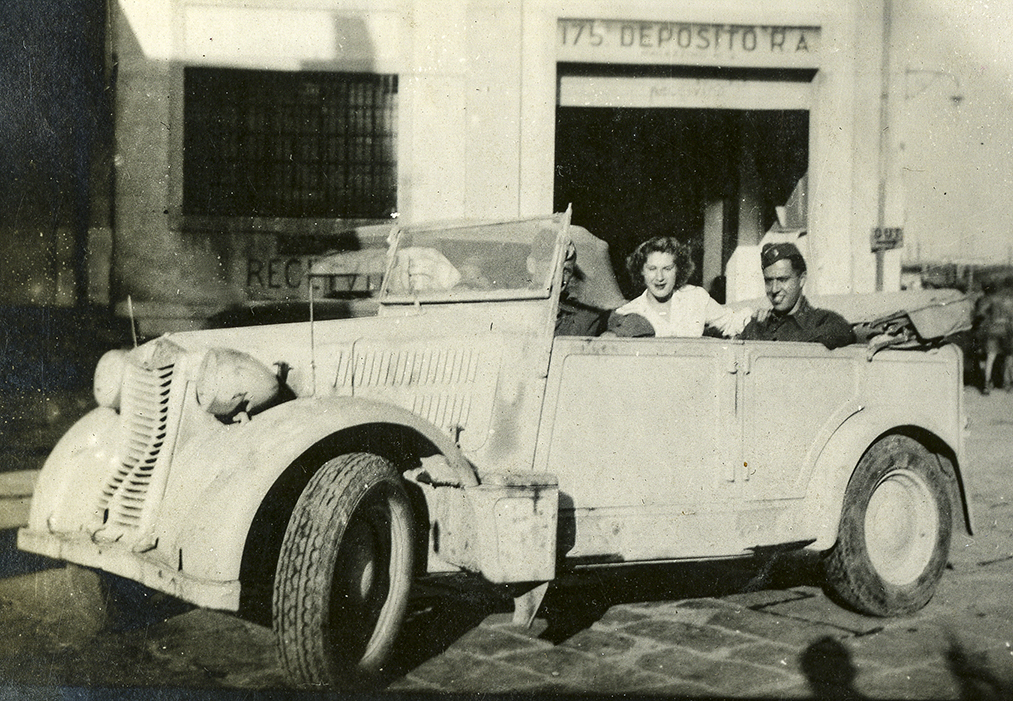 Lois and René out and about in Palermo 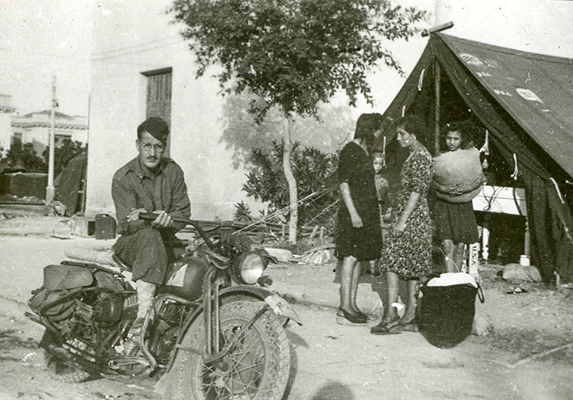 George Davis on his motorcycle.