Three little French kids just came in with a basket of grapes and wanted permission to go through the wards and give the grapes to the wounded.  Give, mind you!

It has been interesting to note the difference between the German prisoners we are seeing now and those that we had in Africa and in Italy. It is surprising how poorly clothed most of them seem to be. Many tell us that they hadn’t seen their officers for days before they themselves were captured — in fact, they didn’t even know where the battle front was in many cases.  They realize now that they are beaten, that they have been told lies for a long, long, time — lies about the strength of the Allies, lies about New York being bombed, ad infinitum.  A German doctor even told us that he hoped we would get into Germany quickly and keep the Russians out of there.  They are certainly mortally afraid of the Russians, and with good reason!

I asked some where all the German Air Force is and some said they have wondered also, while one said that they are keeping them all on the ground except for occasional planes, for every time they go up they are shot down, so there is no percentage in that.  Their planes, they say, are much too slow for competing with ours, so they’ve given up trying. The end is near alright, but people tend to get too optimistic, I think.  For, though it is near, one still has to use a telescope to see that end.

I understand now that both G.C. and Lues are to be treated by Penicillin. What a drug! At times we have had a hard time getting ahold of a stock, but for the most part we have a-plenty. 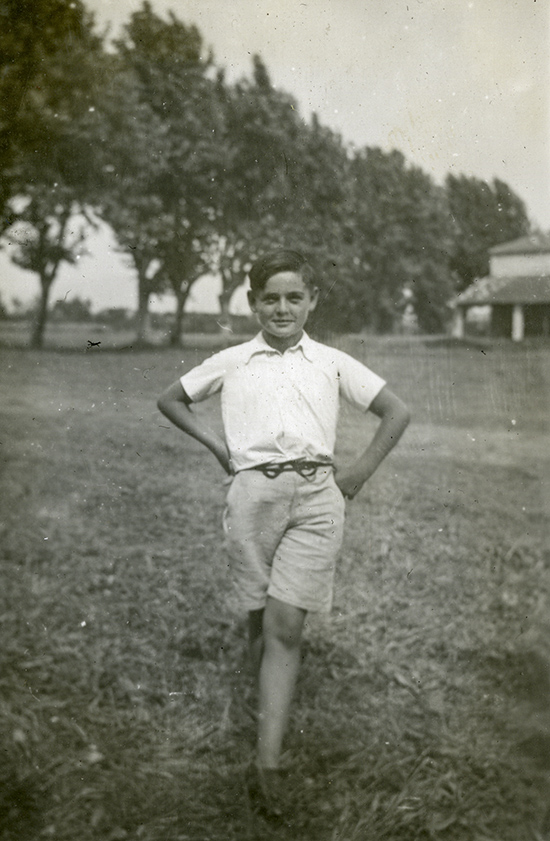 René’s tells his parents that, “three little French kids just came in with a basket of grapes and wanted permission to go through the wards and give the grapes to the wounded.  Give, mind you!” Perhaps this was one of the three. 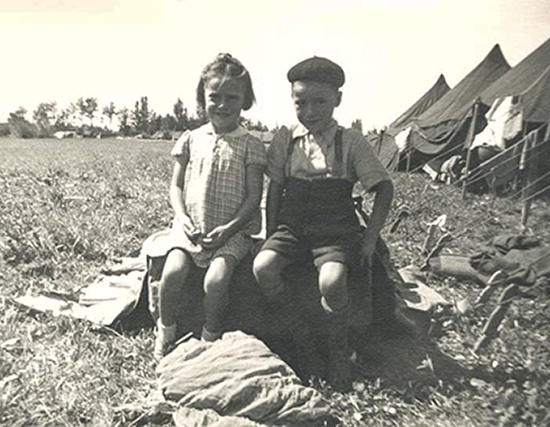 Dr. Philip Westdahl writes in his journal about his encounter with the two little French children pictured above and their mother.
“I … had the pleasure of meeting two cute French children, André and Lil, aged 7 and 5 who invited me to their farm for dinner. Their mother was a very pleasant, hardworking woman who had been running their farm for the past four years. Her husband had been a French soldier and was captured in 1940. She heard from him about every 2-3 months. I saw one of these letters from a German prison camp. It only permits a few sentences of correspondence and must be answered in a space provided on the back. In spite of her hardships, she was quite cheerful and happy, and her children had been raised beautifully. She hoped it wouldn’t be long now till her husband would be freed from his German captors.”