On Lois’ day off we went up to George’s place in the afternoon, and though we intended to do some letter writing, the cool air on the porch, the nice scenery and the quiet were more conducive to just relaxing. George and another driver came up at dinner time and we cooked up a pretty snazzy dinner from a couple of cans of meat, some onions and some fruits (peaches and apples) and also had some chocolate cake that our baker had cooked up.

Oh yes, that reminds me, Lois spent one evening teaching Ehrbacher how to make fudge. She really cooked up quite a batch and the boys loved it.

In the last week there hasn’t been anything of great interest occurring around here. The biggest item of news, however, is that Jack Benny put on a show. Unfortunately, so far, Benny hasn’t appeared in it himself here, for Sewell Brown has vetoed his appearance. He is only mildly ill, and is in need of a temporary rest more than anything else.

The funny thing is that there is considerable jealousy between our hospital and another one nearby. We alternate with them in the taking of patients: we admit one day and they admit the next, etc., and we adhere to this awfully closely. Of course, when emergencies get dumped in our laps we naturally have to take them, but the rotation applies to all other cases. However, they tried to pull a fast one on us one day at a big meeting, trying to get a ruling that all headquarters officers would be put in their hospital only. This was blocked, but when someone brought Jack Benny in here the other day, Eddie decided to get back at the other gang. So, despite it being our non-admitting day, we admitted him. Later, when we had occasion to call the other hospital, their Receiving Officer cut in on the phone and asked if we had admitted Benny here that day. When told, “Yes,” he was raving, “How come you admitted on your non-admitting day??” He went on quite a bit more, but naturally we got a big kick out of it. 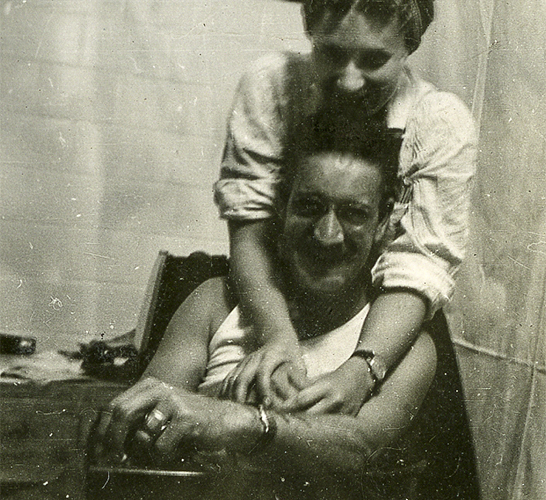 Lois and George Davis, clowning around. 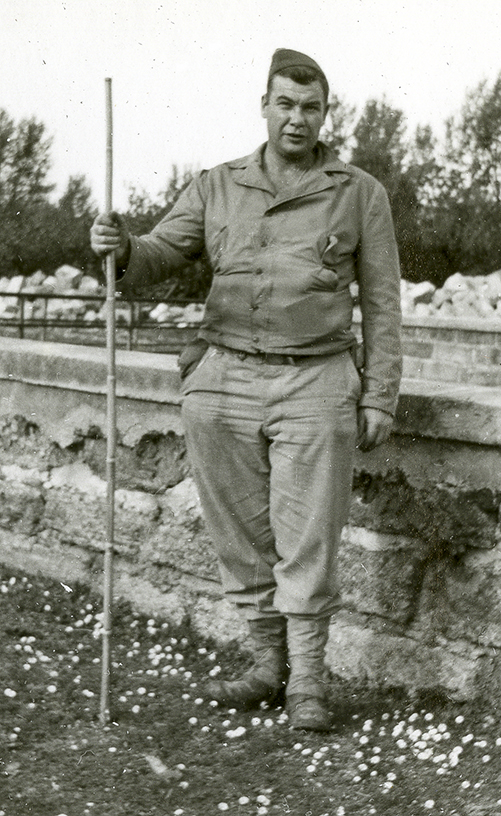 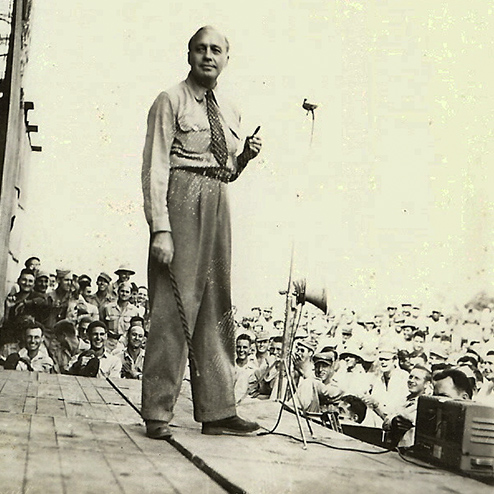 Jack Benny spent some time as a patient in 59th Evac Hospital. 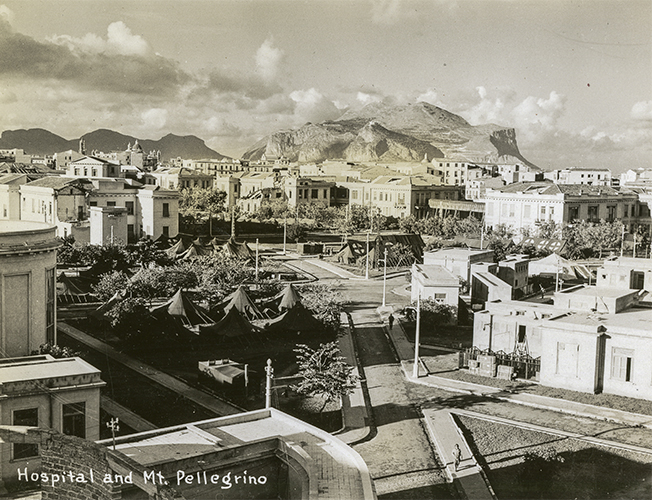 The hospital building in Palermo, with Mt. Pellegrino in the background