Got to bed at midnight last night, but was able to pile out of bed to take off in search of Lynn Rudee this morning. Got some info as to where I could find him, but as usual such info was a bit haywire – why was it haywire – well, leave it to a gal to overestimate distances! Dottie Collins, who is now in the same gang as Lynn had been here and told our gals that she thought the distance was such and such… Luckily I got a ride part way in an ambulance and then what should happen but I spy a nice looking Plymouth sedan staff car come along with a driver who looked mighty familiar. Well, why shouldn’t he look familiar, I had the guy as a patient for, I guess it was about 3 months, and in fact had taken his tonsils out myself way back in Sicily. He was delighted to help me find Lynn and, in fact, took me all the way to Lynn’s place.

I barged into the dental tent just as Lynn had finished extracting a tooth, and he looked up right into my face with a surprised grin on his face. He was sort of busy, in fact, his dept. was about the only busy part of his gang that I saw. However, Lynn took a few minutes time out to talk. He is in the pink and enjoying things tho’ a bit anxious as to what the winter is going to bring as far as weather-in-tents is concerned. He’s not as fat as he was when I saw him in Sicily, and, in fact, looks much better in general than he did then.

Lynn will undoubtedly be over here one of these evenings and I hope that he is able to pick a day that is not a busy one, for, working on this noon to midnight shift one does not have much opportunity to be with supper guests. However, there is enough wasted time in surgery, when things are going just mediocre, so that we can be gabbing together for a while, at least. He might even return my visit immediately and come over tonight.

After leaving Lynn, for some reason I struck an unfavorable time for rides, but I soon realized that “what’s the use of riding when I need a bit of exercise”. And sooo, at my usual pace, I jaunted home. See what I mean when I said that Dottie Collins doesn’t know her distances.

I’m in surgery pounding this out while Russell is doing a little case that I induced him to do under local anesthesia. Last night we had a longie of 5 hrs. on a fellow who had a bullet wound that went in one side and was sitting under the skin rather superficially on the other side. But it had cut off the tip of one kidney and gone thru the cord and then injured the other kidney (only mildly) just before stopping. We explored both kidneys and did laminectomy and found the holes in the dura. 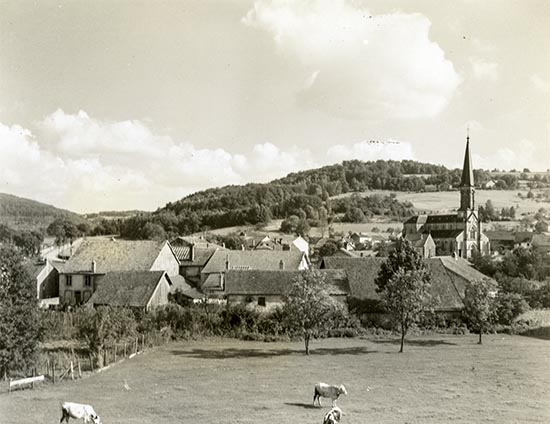 René went to visit his hometown friend, Lynn Rudee (a dentist for a nearby unit). He got a ride there because one of the nurses had told him that Lynn’s unit was located a long way from the 59th. But René found out, when he was unable to get a ride home, that it wasn’t too far for him to walk back to the 59th.