At the moment I am in surgery, but as there are no cases for our team of Greene, Russell & me, I’m taking this opportunity to write.

News items: Cy Kiernan got his Captaincy. Bessie Lawrence and Irene Gallagher, who used to be in our outfit and who were in the jeep-wreck in Sicily, showed up here yesterday with their new gang. They both look fine and having been sitting and waiting for some time, they are anxious to work again.

With the increase of both dental and medical work, Schmitz is back working in the Dental Clinic and Paul is anesthetizing for the team Schmitty was working with, and Malone has a medical ward, so I am anesthetizing for Wally and Carroll.

I told you what a scream it was to work with Russell and Armanini — well it’s even funnier with Greene and Russell, for Greene is by far the nicest of the Majors to work with, and he is 99% as funny as Russell.  Even when things get tense, as they did last night with a boy who had his femoral vein split, they would make remarks at each other that were comical despite the tenseness in their voices.  It’s a picnic from the word “go” with them.  It’s a continuous round-robin of razzing between the three of us.

Our surgery set-up, while a bit small, is good. We have a rather good-sized hallway between the rooms – that is, they all open onto this central-hallway, which is at right angles to the hallway that leads from another hallway on which is located the wards, receiving, etc. Have two rooms a trifle larger than your bedroom, Mom & Dad, and those rooms hold two tables plus the large instrument tables, anesthetizing equipment, etc. Then there are two smaller operating rooms about the size of our breakfast-room, in which two tables can be used, but it is far more comfortable with only one table. We have a scrub-room, a small cast room, and then sterile-supply rooms. This typer, and a small desk on which we write up the charts, is located in the hallway just off of the operating rooms.

Most of our wards are rather small – one disadvantage, and yet it is sort of an advantage in some ways – one can put the more serious cases in these rooms. It is a bit harder to take care of patients scattered around that way, however. 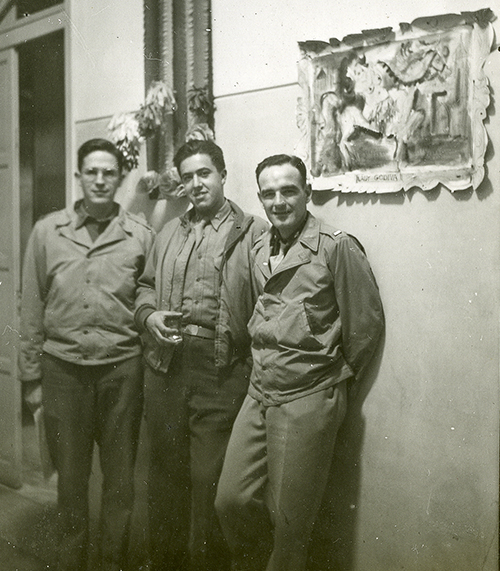 René tells his parents that Cy Kiernan (shown above, far right, with Marv Hodgson and René) got his Captaincy. 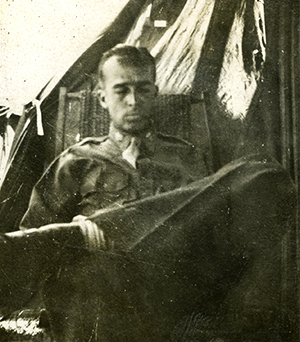 René says that Wally Green, who he operates with, along with Carroll Russell, is “by far the nicest of the Majors to work with.” 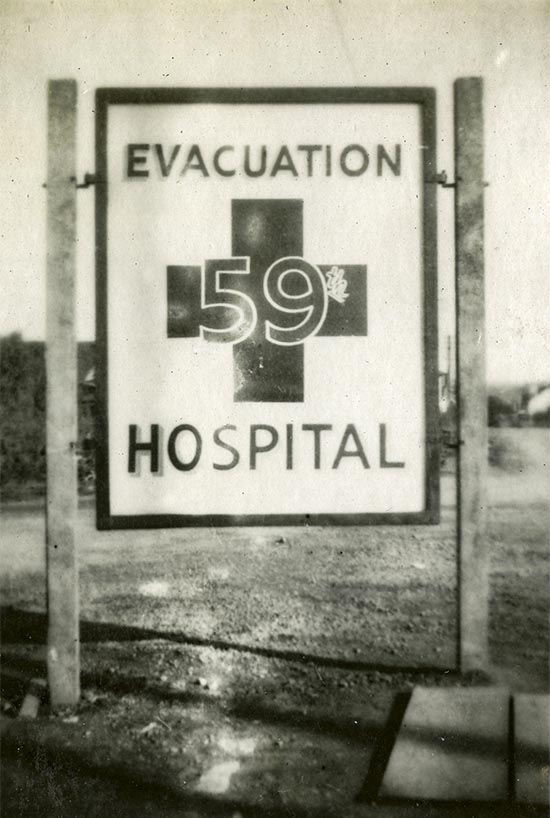