Have been plenty busy, tho’ in the last couple of nights we have managed to catch up on much needed sleep and am now feeling well rested. Someone got a brain-storm  and decided that since some of the other hospitals seem to prefer the 8 to 8 shift instead of the 12 to 12 shift, that perhaps we ought to try the 8 to 8 and see whether or not we like it better. There are disadvantages to the 8 to 8 as I see it, and voted against it. But since we were due for a change of shift and due to get off the midnight to noon shift, we are on the 8 A.M. to 8 P.M. shift and have had most of our surgery in the afternoon, thus allowing us to make ward rounds in the A.M. before the patients start flowing in.

Most of the surgery business is from about 3 P.M. to the early morning hours and, as a consequence, the night shift of teams in this kind of a system does most of the work. It does seem to allow for a little more regularity of meals, however. Anyway, we shall see in the next couple of weeks just how the new deal does work out. At any rate, at the moment it is giving me a chance to write this letter to you sort of on “company-time” instead of on “sleeping time.”

Received the Blum’s fruit-cake from Sal & Dave – Thanks a million. It is really scrumptious and Wally & Carroll & Serge all send thanks also. It certainly came along in good time. Received also, just yesterday, the Blum’s fruit-cake from the Cerfs. This is the deluge, alright, but a most welcome deluge. Blum’s say that the cake improves with age, but I’m afraid that Sal’s is not going to have a chance to do any more improving. However, am going to hold Cerfie’s off for a while from the wolves and give it a chance to improve (tho’ I don’t see how that stuff can get any better) and save it at least for Thanksgiving. Thanks to Cerfs, too.

Also got one package from City of Paris without any card saying who my benefactor is – contains sardines, cocoa, deviled ham, apricot preserves, etc. Looks like it might be from Gram or you people? Tanks to whoever it was. 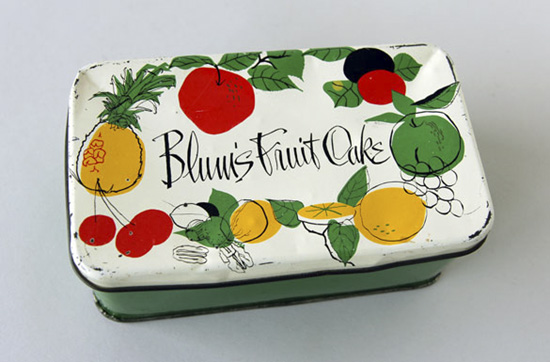 René thanks his aunt and uncle – Sal and Dave (pictured below with René back in 1942 when he was stationed at Fort Ord). – for the Blum’s fruit-cake they sent. He also sends thanks from Wally Greene, Carroll Russell and Serge Bryner with whom he shared the cake. 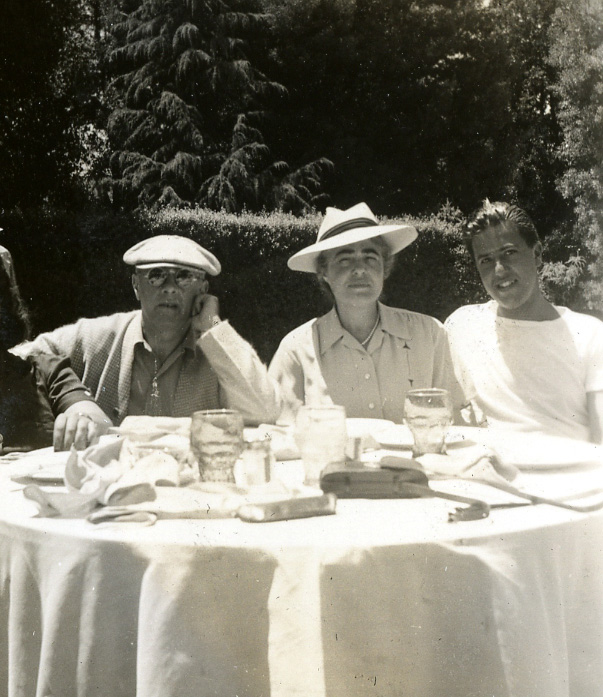 René also mentions a package from City of Paris without a card. He thinks that it may have been sent by Gram – his maternal grandmother.