Things have been in sort of a turmoil. To begin with, “His Highness” apparently received some orders around November 4th that were either in some code, or anyway so worded that neither he nor his two stooges were able to interpret. So, thinking they were not very important, they shelved the orders until Col. A. came around and gave him holy h____ for not having the equipment almost all ready to move. Then it was that he discovered that what he had shelved was the specific instructions to have the equipment ready to move by the 15th. Well, with the aid of Gerbode, Sewell Brown and George Sterba, they got everything ready somehow.

Yesterday, then, when stuff was already in a freight car, His Highness discovered that all boxes should have certain numbers placed on the envelopes containing the list of things that are in the cases, and the same numbers should be on the lists in these envelopes. Apparently, in one set of orders, they had read only the first few paragraphs, and finally after four days, got around to reading the rest of them. As a consequence, the boys had to work all night, taking the stuff out of the freight cars and then marking them and putting them back in again. C’est la guerre!!! Or is it le senilité?

This morning, at 8 A.M. an announcement was made that after 5 P.M. today, we would all be restricted to our own area, as we were moving in a hurry. Then, at noon today, it was found that, from new information, there is no need of such restrictions, as we may be here another week. Here we go again, “hurry up to wait.”

They have now issued us a lot of gas protective equipment. We have some impregnated clothing, some protective ointment, some preparation for protection for our shoes, some mosquito netting, both for our heads and for our whole sleeping bags. Besides that, as I think I wrote, we have some Polaroid glasses and also some cellophane-like material that we throw over our whole body if caught in a gas raid. We have two of the latter and apparently they are only used once, and are carried right along in our gas mask cases.

The news from Africa and from the Solomons certainly sounds pretty encouraging. From info. gathered from part of the same outfit that is still here, it is rather definite that Lois’ Uncle Tom and his outfit are among those that landed at Casablanca. Perhaps we will be meeting him. 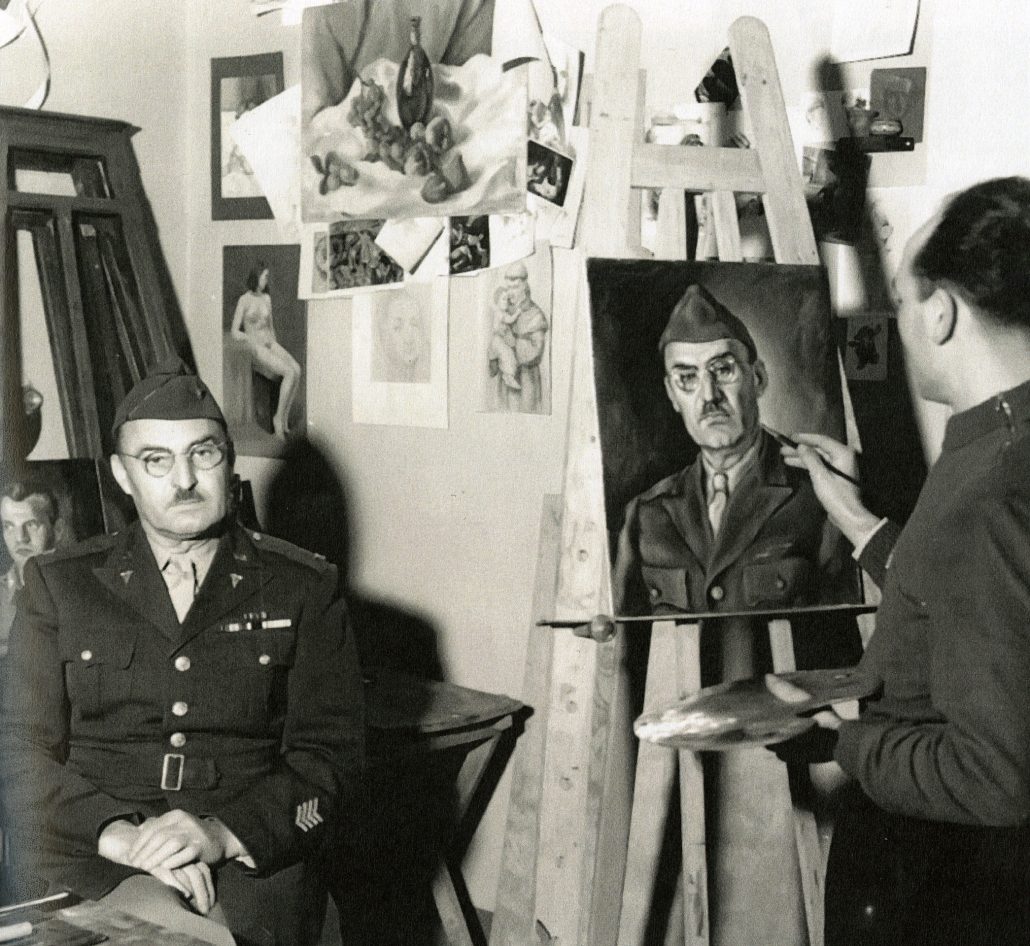