Our “friends” have bothered us several nights since we have been here — not quite like Morocco and Sicily, when they paid the 59th one visit and that was finis for the 59th’s stay in those places.  Why they bother us here when they are being chased so rapidly so far north, I know not.  ‘Tis a waste as far as I can see, for they do not seem to be very successful in hitting things.

In going through the country throughout Italy, the destruction is amazing.  Some of these towns are really leveled.  The only thing to do with most of them is to take a wrecker and bull-dozer and knock down the few remaining walls and start from scratch.  The Nazis did a fine job of wrecking railroads also: they tear up track everywhere, ruin bridges, etc.  But, by golly, it doesn’t take our railway companies long to get in and do some amazing repair work.  We saw some of these outfits in action and they really go to work.

I visited a hospital train a couple of weeks ago and they had quite a nice set-up.  They had several nurses, a few doctors, and a Red Cross gal, and quite a number of enlisted men.  It had been made over from some Italian 2nd Class coaches, and our construction men did O.K.

Some of the stories we have picked up from patients are truly amazing and appalling, particularly from some of the boys who have been prisoners and then left behind by the fleeing Nazis — i.e. wounded boys that were in German hospitals and left behind.

The news the last few days has been mighty good, especially from the South Pacific. They’re doing O.K. there!

Hope you all have plenty of fun at Tahoe. 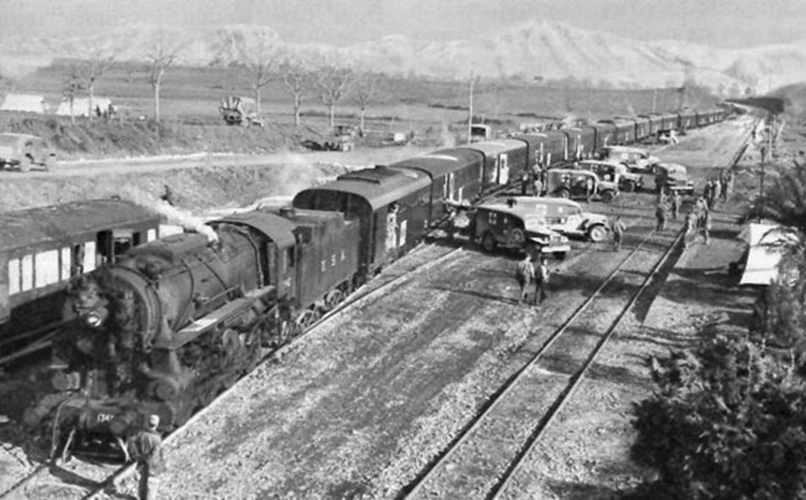 Both René and Phil Westdahl were impressed with the hospital trains that they inspected. (See Phil’s description below.) 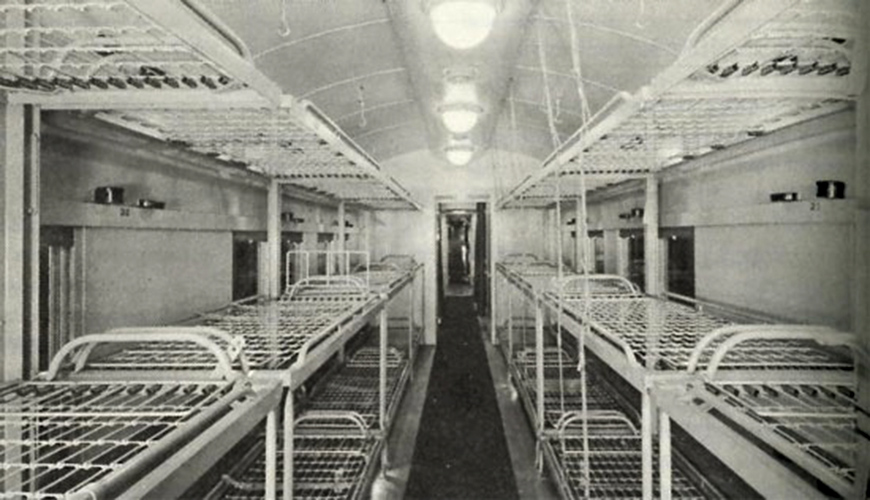 Here’s what Dr. Phil Westdahl wrote in his journal about his visit to the hospital train:   “I visited a hospital train and was very impressed by the cleanliness and comfort of the litter compartments. The cars are plainly marked on the sides and top with the Red Cross on a white background. There are 30 bunks in each car, in tiers of three. They have very comfortable springs and mattresses and clean white sheets. There is plenty of room between bunks. The total capacity of the train is 350 patients, of which 180 are litter cases.
Attached to each train are 4 doctors, 6 nurses and 39 enlisted men and a Red Cross girl – all of whom have their living quarters right on the train. The food is of the best [quality] and there are plenty of little added attractions, such as coca-cola and chocolate candy, which the patients really appreciate. This is their first real taste of comfort and cleanliness, free from flies and dust, which even the hospitals cannot entirely avoid in the field.”