We’re still the “Dachau Bosses” but are, for the most part, relinquishing our control today and tomorrow. The two Bills [Newsom and Kuzell] are turning over their hospital to the new men today, and Pete and I this morning took a couple of officers around our place to show them the ropes, for they are taking over our jobs tomorrow. The man taking Roy’s place as Exec has arrived, but as yet, we do not know anything about any new “Post Surgeon”. The Old Man isn’t here today, being at the other area at Heidenheim, so we know not just when we are getting out.

Again, I have been very bad as far as keeping you informed, and have let a whole week slip by without getting any espistles off to you. Have really been pretty busy, however, and have spent evenings in relaxation, reading or talking in our very comfortable den.

Now, to go back to where I left off and sort of bring you up to date on my activities. On the 5th, 6th, and 7th, Pete and I continued to get things at our hospital in order and we daily found more things that needed doing, more problems to be settled, and, in general, beaucoup to keep us occupied.  We set up a mess for our own hospital, got the personnel for it, set up a system for running it, and devised meal tickets so that our mess wouldn’t be feeding the D.P.s (displaced personnel) from all the other sections of the camp.

You see, besides the hospitals set up in this camp, there are innumerable barracks in the camp which house those who are not ill.  Most of these are organized by the various nationality groups involved, and they either have their own mess or they draw their rations and do their own cooking — either out in the open or on some of the scattered kitchen stoves that one finds in strange places throughout the camp.

As I started to say, however, the need for some sort of control by mess tickets was apparent, otherwise D.P.s who did not belong to our hospital would be coming in to the mess after they had eaten at their regular eating place.

One of the amazing things I found for the mess, and which I had never seen before, was a potato peeler. It will peel a bushel or two of potatoes at a crack. All it consists of is a big bin with a motor driven wheel inside. The wheel goes round and round and consists of an emery-like surface, as do the sides of the container which I chose to call a “bin”. It actually wears the skin off the potatoes and is an amazing time-saver.

You should listen to Pete and myself trying to find out things from our workers, or trying to tell them something.  They are mostly Polish — most speak German, but there are those who do not and our Chef is one of the “do nots.”  We have one fellow, a Pole, who is the assistant to the “Block Meister,” who speaks French.  Consequently, when we cannot understand or cannot make ourselves understood, we get him to interpret into French, and so far we’ve made out O.K

I believe I told you that at the outset we had about 100 patients in our Convalescent Hospital.  Well, it has gradually grown so that today we had more than 650 patients. 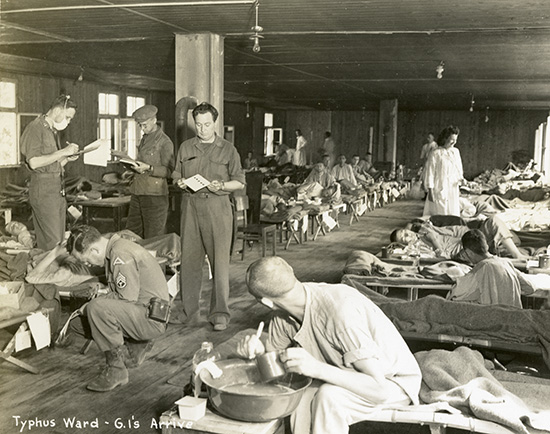 René and Pete Joseph are running a Convalescent Hospital on the Dachau grounds. This is Typhus Ward at Dachau. 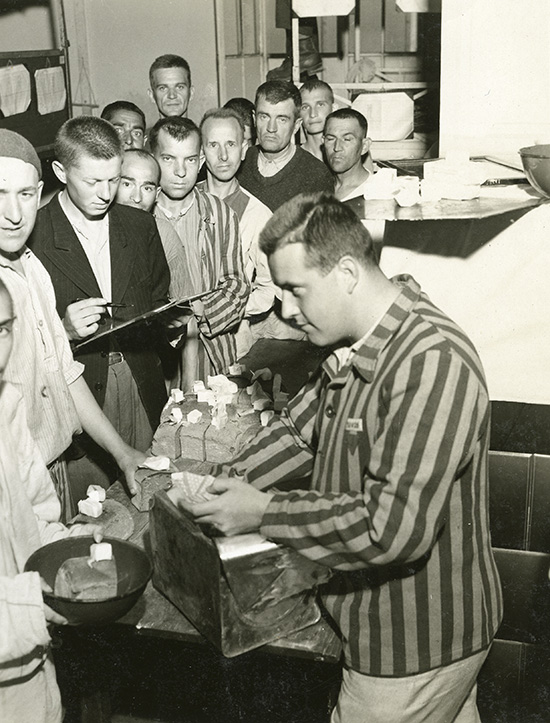 René explains that providing food for patients, as well as for those who are not ill, is a major priority and challenge. 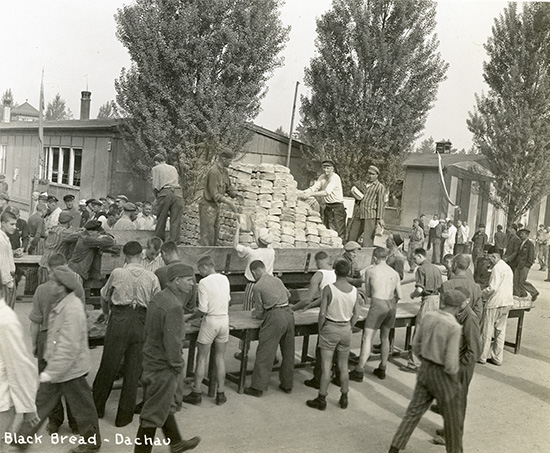 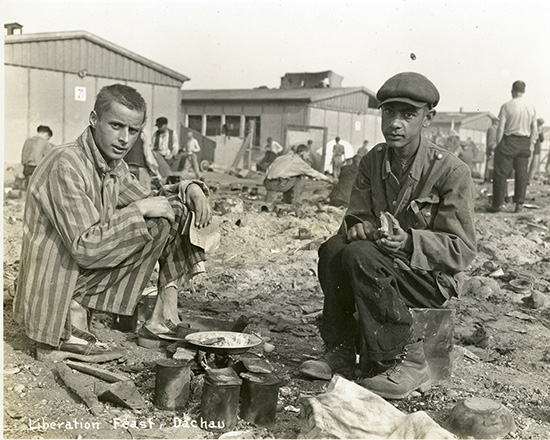