Roosevelt’s speech of about a week ago has irked a good many.  This business of making such a point about drafting nurses!  Actually I don’t believe the need for nurses is that great.  There’s no reason that WACs couldn’t be used in a great number of places where they now have nurses:  particularly in General Hospitals here and in the U.S. where a lot of the time of the nurses is taken up with giving baths to patients, etc.  The nurses could be utilized then to greater advantage in the actual treatments, giving out correct medicines, etc.

It all sounds as if the administration had to find someone to pick on, someone who couldn’t fight back, who wasn’t unionized, so they could make a big hullabaloo about the unpatriotic nurses to cover up their own blunders.  They’re making a big noise to cover up the fact that they let factories in the U.S. close down and quit making ammunition some months ago in anticipation of an early end to things.  And, sure, to cover up the shortage of such things here now, they have to pick on someone they can knock over like bowling pins.  They wouldn’t think of tackling the miners or other well-unionized gangs who pay into the campaign funds of the administration so that they can strike whenever they damn please.  No!  They pick on the weak-sister — during peace-time the lowest paid profession there is, and in fact, still classified in Washington as “domestic labor.”  Nuts!!!!!

Have been out sledding again – beautiful day – in fact, ‘twas so hot that those of us that were so bundled up when we went out there had to do considerable shedding, besides the sledding. Again made soup out in the open. 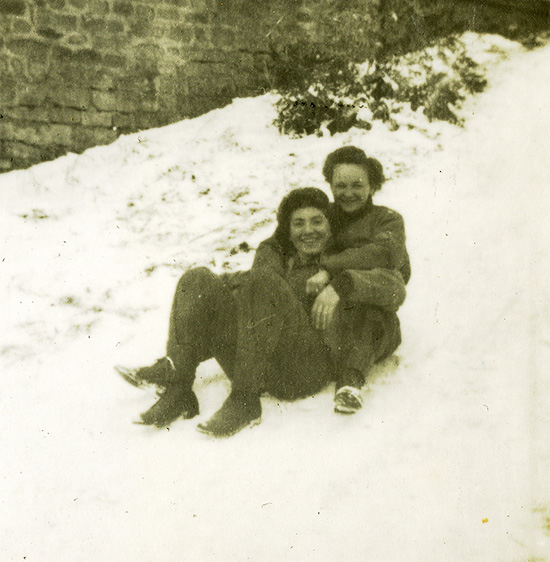 René sticks up for nurses – like Liz Liss (front) and Vince Knotek (back) shown above – in response to something Franklin Roosevelt said about drafting nurses. 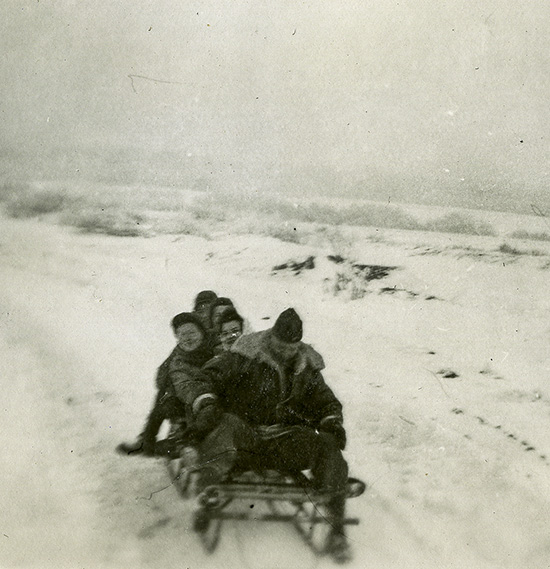 Out sledding again. René is sitting in the back. 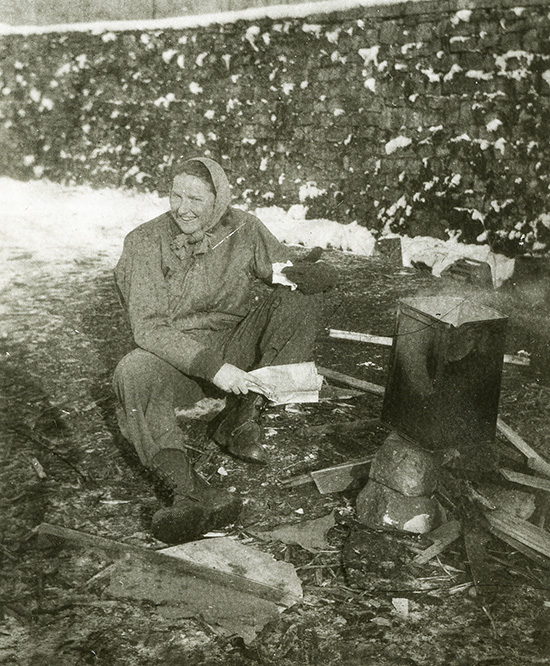 Outdoor soup again today. Above, Bertha Moore is heating it up, and below, everyone is drinking it up! 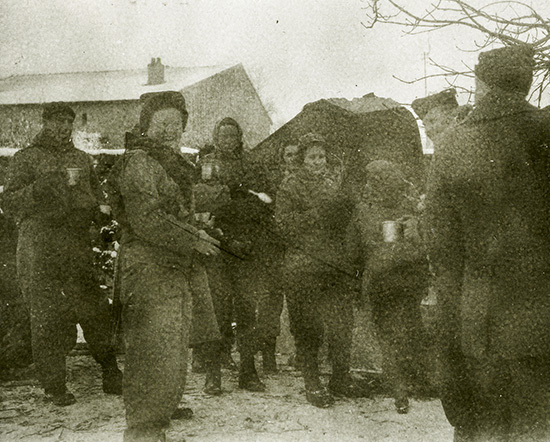 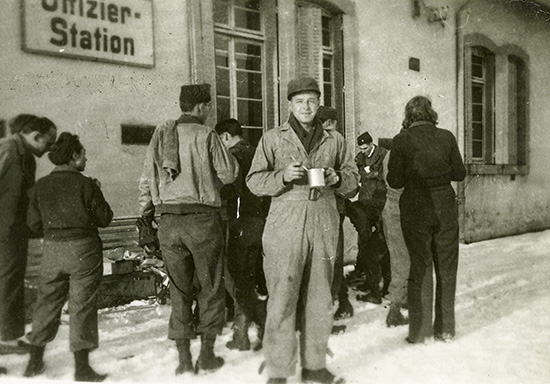 Paul Stratte (above) poses with his cup of soup.