When it rains it pours – and it has been doing just that of late, (i.e. on and off with occasional startling snow) – I wrote that we had finally gotten an ENT man – yes, but that isn’t all. We got another new Capt. yesterday and the Col, greeted him, hoping that he was a psychiatrist, only to find that he is an Eye man. He was originally supposed to come to us way back in early December, but because he was ill at the time, his orders were cancelled, and then, for some reason, he found himself finally traveling here anyway. Name: Capt. Waugh, from Brooklyn. I do not know his first name at the moment.

So, now, we have dignified things by the fact that we have attached to us, or rather, as part of us, an “Otorhinolaryngologist” and an “Opthalmologist”. The boys have been slinging those words around for the last couple of days and have managed to baffle each other. They have set up their clinics and are now in full swing.

Dad, I’m glad you finally had your B.P. checked – don’t let it get higher! And I’m interested in the penicillin success you mention – let me know more when you know more. So far, except for one other case, only our V.D.’s have gotten it. 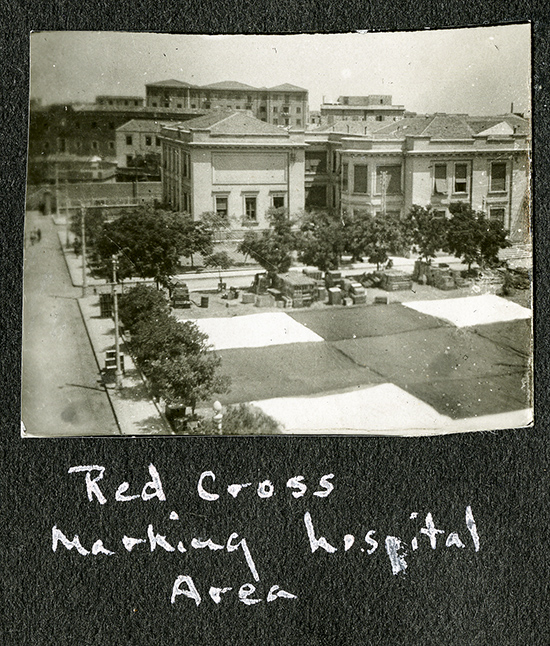 The Red Cross on the ground marks the buildings as a hospital.

Dr. Philip Westdahl writes in his journal, “During February I have been managing the venereal disease wards. The problem had become quite acute both in the Army and civilian circles as is true of all war occupied zones. Most of our cases are resistant to sulfa drugs and we have been fortunate in being able to obtain penicillin for treatment. We have treated about 100 patients with this drug, giving about 100,000 units intra-muscularly. Our results have been about 35-40% cures, another 40% definitely improved and about 15-20% unimproved. However, we have not solved the problem of preventing exposure.” Then, he added a note, “Later, experience with penicillin has increased the improved and presumably cured rate up to about 85-90%. Apparently the individual drug lot varies considerably, some producing far more satisfactory response than others.” 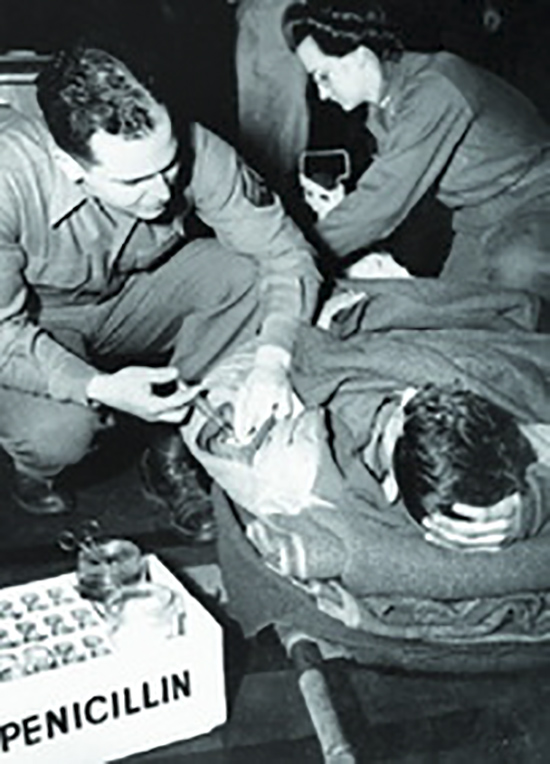