Jean Pierre at present is continuing his traveling-sales, and has as his line a selection of briefcases, folders and beach bags – all made from a form of oil cloth, rather than leather.  Now his latest line is a construction game for the kiddies, constructing —  you guessed it – a jeep out of parts provided and with a rubber band driving shaft that can scoot from one side of the room to the other. On all the articles, except the jeeps, he makes 10% of gross sales. On the jeep, 5%. He recently contracted with customers for 300,000 Francs worth of goods, on which his commission would be about 27,000 Francs. But of course the manufacturer cannot supply all of that right away, so it will be a matter of a few months before all these goods are actually delivered and his commission collected. Apparently, however, financially he has not done too badly in that business, tho’ he said that it definitely costs at least 10,000 Francs per month to live on now.

As for food, in the cities, as I had imagined before, it was considerably worse than in the villages. Now, in fact, with transportation tied up more than during the occupation, it is even harder to get food and things in the cities, but naturally after the transition period that will be corrected. They live by the ration cards, but what they are allowed on those cards is not enough.  So, like all the rest, the black-market has to be patronized to keep a family going. Their ration of meat, for instance, amounts to a slice of the same dimensions as the keyboard of this typewriter, per person, per month, and that is the uncooked size! That, of course, is mighty little. Butter and milk are practically nil, tho’ cheese apparently isn’t too hard to get.

J.P’s apartment, though small, is not bad, at least having somewhat cheery furnishings, which came with the apartment, despite the lack of conveniences.  Their W.C. is up one flight, not the least bit modern but at least is private, under lock and key just for themselves. For baths they go to a local bath-house a couple of blocks away.

This apartment, under their own name for the first time, they have had only a matter of about 2 weeks – it having been obtained for them by a good friend, a mutual friend of J.P’s and yours, Alain – Jean Story. It was his address that you had given me in one of your letters.  J.P. had, in fact, gotten my postal by chance through Jean Story as he (J.P.) had left word at that old address, that if any letters came there for him to give them to Jean. When he got my card he at first thought it must be from René Sr. as he didn’t think I was a doctor, much less a Captain.

To digress a minute and while I’m thinking of it, Jean-Pierre certainly had a “good” impression left with him by me in 1923 – he remembered me as being what they thought to be a typical “American ragamuffin or brat.” Why? I didn’t remember that I was that bad at Chamonix – goodness knows where I would inherit the inclination to slide down bannisters! Why, I thought that only my sedate sister and father did that in their 2nd and 3rd childhoods respectively at Lake Tahoe!!

Of course, we all talked until we were pretty hoarse — me pumping him and he asking all about the U.S. contingents of the family. We had quite a time talking, I assure you.  Jean Pierre speaks English excellently despite the fact that he does not think that he does.  He really does well, and though he claims that I speak French much better than he speaks English, ‘tis definitely not so. Doude, who understands very little English, comes out occasionally with some English on her own hook. We talked a mixture, I’m afraid, most of the time. To speed things up when Doude was not in the room with us, J.P. would speak French and I would speak English, as we really felt we had a lot of ground to cover in a short time.

Doude is a fine girl. Rather short, blonde, weighing, according to Jean Pierre 50 Kg, though he is worried she has now dropped back to 47 Kg, despite the fact that she is 2-1/2 months pregnant. Because of her condition, they are allowed a ration of milk, I think it was 3/4 litre per day. Also, after the third month, they will be allowed more meat for the same reason. And, incidentally, fresh milk certainly tasted good, despite the fact that I felt most guilty taking even a small portion of their ration — but they would have been insulted had I refused.  And they were thrilled to have their milk in the form of hot-chocolate made with the Hershey’s Chocolate Syrup you folks sent. They also enjoyed and will continue to enjoy another package of chocolate, deviled ham, etc. that somehow got left at their apartment. Incidentally, Alain, you do not know as yet, but the candies that you sent me, you sent with the express instructions that they be presents for Doude and Jean Pierre when and if I saw them. They thank you very much! 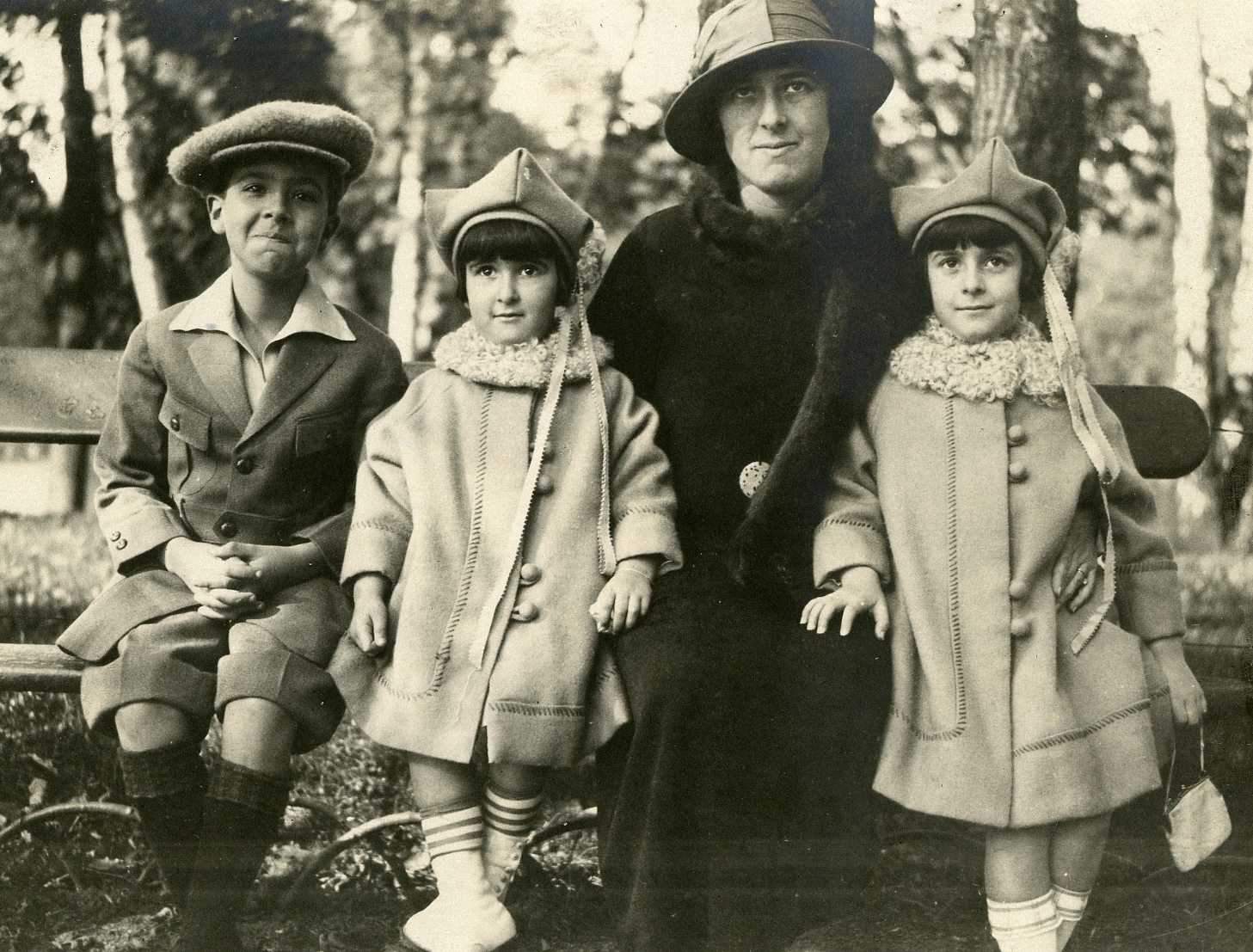 Jean-Pierre remembered René from a visit to France in 1923. Eight-year-old René is pictured above on that trip with (left to right) sister Barbara (Bobsy), mother Alma and sister Marie-Louise. 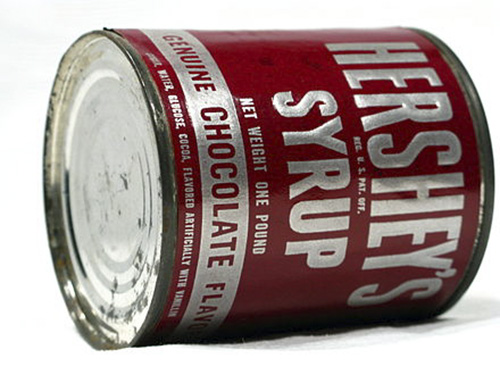 René tells his parents taht Jean-Pierre and Doude have been enjoying their small ration of milk “in the form of hot-chocolate made with the Hershey’s Chocolate Syrup” they sent from the U.S.