Had a surprise awaiting Jim Hamilton the other day when he returned from his leave. He and Gus Stola went to Oran for their leave and had a devil of a time getting back. In fact, they were two days over due because they couldn’t get transportation back because of adverse weather conditions for a couple of days. When Jim arrived, they ushered him into one of the surgical wards and presented to him the case of his brother. To say the least, Jim was non-plussed. He had not seen his brother in a long time and did not know that he had been hurt. His brother has a couple of fractures, not too bad. In fact, he was to be sent to Africa, but we held him so that Jim could see him. The brother is a Major, M.C.

We certainly have been the lucky kids as far as Xmas presents are concerned. They still seem to keep coming in. Lois got 6 packages last nite and then another today. I think she is stocked up on enough soap to be able to keep clean and smelly for the duration. Got some canned lobsters and anchovies from Therese. Have already consumed the deviled ham and paté that Sal and Dave sent – and, boy, did that ever taste delicious!!

Today we have heat in all the hospital’s three buildings. Finally!! It has taken the chill off nicely. We haven’t any heat in our quarters, however, and will not get any. But it isn’t bad there at all – the club rooms are warm enough and the bedrooms – well they are for bed and the only time we really notice the cold there is when we attempt to get our toes out in the morning. But certainly, so far, it hasn’t been nearly as cold as we had it last year.

In case this gets to you before Jan. 1st —–HERE’S TO A HAPPIER NEW YEAR FOR ALL OF US. 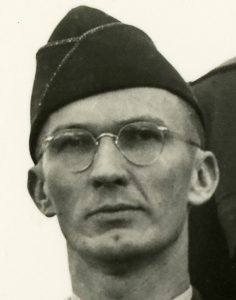 René tells his parents that Jim Hamilton had a surprise awaiting him when he returned from his leave. 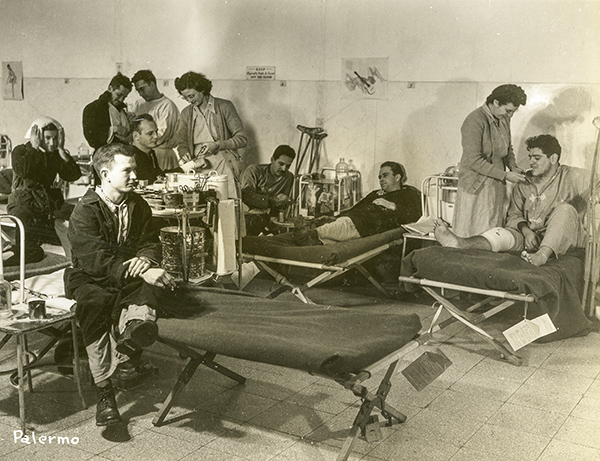 All of the hospital’s three buildings now have heat. Gert Brazil is taking care of a patient at the right side of the photograph above. Below is a recording in which Gert reminisces about learning anesthesiology from Dr. Jim Hamilton, who pictured in the photo at the top of the sidebar.

Gert Brazil talks about the anesthesiology training she and a couple other nurses received.