I stopped writing three days ago because of the inability to adequately elevate my foot at the same time as I typed. Wally came in while I was writing and as my toes looked worse, he made me stop and soak and elevate. So I did that for a couple of days and today they are definitely well on the way to being mended.

As I was saying, the party was a success despite the fact that one or two had indulged a bit too much prior to the party and had to be carried home to bed – namely our much-bemedalled one.

We’re all pretty much agreed that it takes more than just courage to be one of these front-line heroes – a guy is either cornered and has to do some things or he doesn’t give a damn (no ties that mean anything to him at home, etc.) and besides that he is a bit nuts. Of course, perhaps if they let a number of the right kind of psychopaths out of the hospitals and asylums and put them in the line, this war would be over sooner. What about it?

As I was saying before going off on a tangent – the party – oh, yes, one of the features of the party was the entrance of three comics – nurse comics – of the outfit, namely Bette Holmes, Edna Haertig & Bertha Moore. To appreciate their entrance, a little description is necessary. Bette is small, light tan-haired comic from Florida –fluffy hair. Edna is medium height, brown hair, medium thin, rather straight hair and not so much of it, but comes to shoulders, from Texas. Berta is 6 ft. red hair – cut short.

Well, they came bouncing in to the room in rather droll attire. Bette had on a derby hat that came down so that it just about rested on her shoulders. Edna had a moth-eaten shawl that had the appearance of an elongated mop, but that was supposed to be a silver-fox fur, hair with fancy ribbon. Bertha had a regular top hat. And, all came in in regular patients’ pajamas. They were quite a scream and then after a while they got the band to play “Strip Polka” and proceeded to hold the center of the floor and suit the motions to the music. Beneath the pajamas they had their regular O.D. shirts and slacks. They put on an excellent show alright. They are quite a combination.

Fran left for home, as did Ag Alkire. Don’t know for sure what the deal on Ag was.

Rip Williams [Hal] is transferring –?? Where. He and Chappie do not get along – never have gotten along too well, but trouble between them more of recent months. They differ on methods of dentistry and Chappie being head of the dept., well… Schmitty and Chappie get along O.K. and Schmitty and Hal get along, but not Hal and Chappie.

Have started “Leaves to Paris” for the Nurses only, however, at the moment!! Bret had it all fixed up for himself to get to Paris and ‘twas O.K.’d once and then the Col. made him cancel it because of work impending – and then turns right around the lets 3 or 4 of the nurses go on a different deal, with the same number going when they come back – despite the fact that we have a few of the nurses in the hospital and Fran and Ag leaving without replacement for them as yet. No comprendrai!! Bret had a much better reason for going there, too, as his brother is stationed near there and he hasn’t seen him for a lot longer time than some of the nurses haven’t seen their boy-friends. We don’t get it!

Two packages last night – In fact, our room did well with a total of 7 packages. One, sort of crushed and consequently opened and almost all consumed today – Almonettes and Coffee-teens from Godchaux, for which many, many thanks. Other was the soups from M.L., for which also many, many thanks. Shall make very good use of them one of these cold nights. Bret Smart is our expert soup-cooker, so we shall have some fancy concoction I’m sure.

Right now am rooming with Serge and Marv Hodgson with Chappie, Ed Blasdel & Smart on one side and Chuck and Phil across the hall, and Carroll and two members of another outfit in the room on the other side of us. Yes, we have a team attached to us – a Neuro-surgical team composed of Capts. Clemperer and Byers. 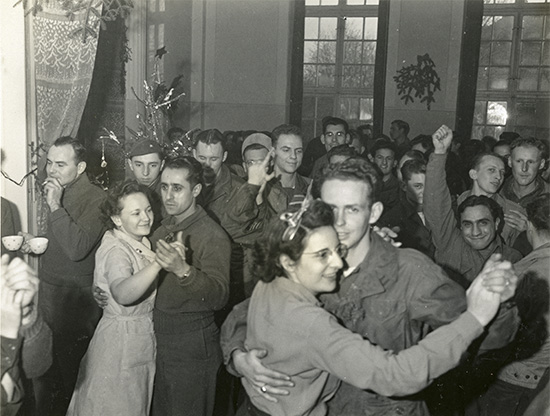 René tells his parents about a party a few nights before.

Bette Holmes was one of three “nurse comics” at the party. 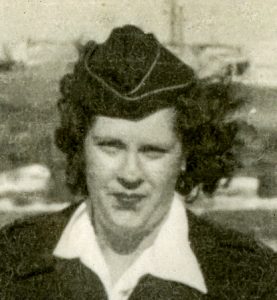 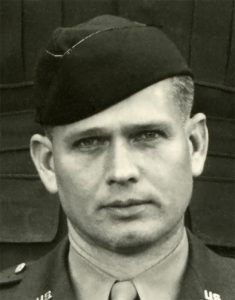 René doesn’t understand why Bret Smart wasn’t able to go to Paris to see his brother, but three nurses got to go on leave to Paris. 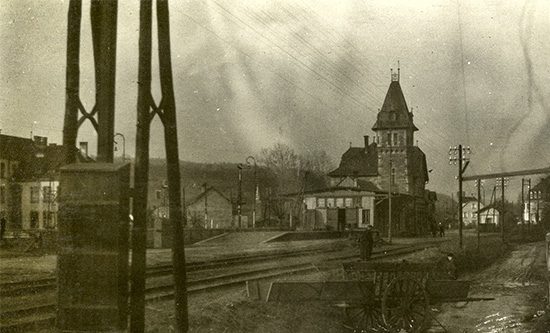