After writing on Friday I walked around here a bit and then at 4 P.M. the definite news came that at retreat the “alert” would be off. Consequently we got ready and awaited retreat. Took the usual train and arrived in time to pick up some pictures we had had developed at the Penn Station Drugstore.

Went up to Helen’s. We had a swell dinner and it really felt darn good to have a home cooked dinner. Some of the restaurants here are wonderful but somehow there is quite a difference between eating in a restaurant and eating in a home.

Lois has a cousin who has been in training now at West Point for only 2 months. He is the son of Colonel Monroe of the 15th Infantry who I met with Lois in Carmel. Lois had written to Putnam Monroe saying she would like to see him and also West Point. She got an answer Friday morning saying that Saturday would be a good day, so that is what we planned to do yesterday.

We got up at 7 A.M. and took the 8:15 A.M. train to West Point. We got there at 9:45 A.M. and walked around looking for the hall where Put had written to ask for him. We found that he was busily engaged in parading so we went over and watched the parade. ‘Twas just like in the movies. We got quite a thrill out of it for the boys really look nice in their gray and white uniforms.

After the parade we walked around a while longer and then went back to Grant’s Hall and called Put. He was only able to be with us for about an hour as he had to eat lunch with all the others and we had to leave by 1:20 P.M. to make connections with the correct train back to camp. He told us quite a bit however, in that short time.

The 1st Year boys at the Point get to do just nothing. They have only a few minutes of free time each week and are kept busy with drilling, classes, etc. There are plenty of dances there during the year but the 1st year boys are not allowed to go to any of them – except at Xmas, when they have their one dance.

They get demerits for all kinds of little things. If they do have any visitors and even put their arms around a chair in which a girl is sitting they get demerits. If they actually put their arms around the girl, then they would really get the demerits piled on them. They also get demerits if they fail to salute an officer, whether they saw him or not. That really makes things funny, because I darn near wore my arm out returning salutes. They even salute you as they walk behind you, whether you can possibly see them or not. It really goes from the sublime to the ridiculous.

We continue to hear all sorts of rumors concerning ourselves. In fact there is even one rumor that Washington didn’t even know we were here and may send us back to California. That, I am inclined to doubt, however. Another one is that they have finally decided to agree with us that an Evac. Hosp. as set up now is too unwieldy and consequently they are going to turn us into a General Hospital. Everything, as you see, is all mixed up. 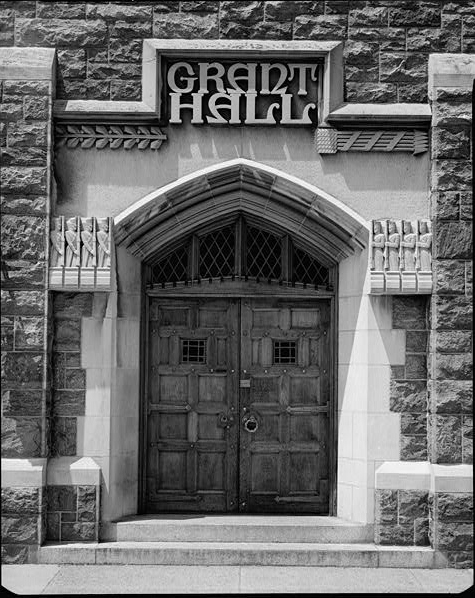