About the only thing new in the last few days is what all of you know even better — the closeness of the end of the war. Certainly none of us tho’t that things would take such a turn and that we would be able to make the Japs fold up in such a hurry.  The success of that “Atomic Bomb” was startling to all and certainly turned the trick.  What effect the Russian entry into the War had, I know not. I sort of wonder if it might not have been better to have tried out that bomb before finally inducing the Russians to declare war.  How much did the Russian entry shorten the war?  Will it prove to have been worthwhile?  Are we going to have trouble with Russia wanting Manchuria, etc., etc. ad infinitum??? Dealing with the Russians throughout the War has always been a touchy thing.  There was an awful lot of political jockeying before that shuttle-bombing was okayed by the Russians and the American planes were allowed to land at Russian fields, and then only a couple of such trips were made.

It is next to impossible to get into any area that the Russians have of Germany now.  We’re fairly close to them and we know.  The Russians at Dachau were difficult to deal with. All those things make me wonder whether or not Truman’s inducing Stalin to enter the Jap War might prove to be a mistake.  Time alone, no doubt, will tell.

What effect the end of the Jap War will have on us, no one really knows, but there are certainly beaucoup speculations all to the effect that this should shorten our stay over here considerably for, instead of shipping units home with low points because they are scheduled for C.B.I. via the U.S., they will leave them over here and send us and other hi-pointers home. We’d certainly all like to get home by Xmas—if we do, then we’ll be satisfied alright!!! Who knows? Of course, I’m talking as if the War were already over, which, according to latest broadcasts, is not strictly true – but it certainly cannot be more than a matter of hours or a couple of days at best…

Strangely enough, after receiving your letters, Dad, telling of having seen Bing Crosby in “Going My Way” and then of seeing “A Tree Grows in Brooklyn” – what happens, but we get those two pictures here one after the other. Enjoyed them both immensely, and in fact, could see Bing’s again for the sound-track of the film we got was pretty well worn.

Yesterday Charlie Stone and Polly Schoder left for home. Polly got her orders to be in Paree before the 15th. Charlie got his orders just nite before last and so the two of them were taken by Held to Paris in jeep. Charlie is a hi-pointer with 103 points and his mother is very ill, so he was able to fineegle an emergency deal. Now Joe Long is acting Chief of Medicine here. We’ve gotten 4 new officers formerly with the 2nd Convalescent Hosp. — an old unit—the oldest Convalescent Hospital over here. They’ve acted as a V.D. outfit a good part of the time, too. These officers are all medical officers and are real hi-pointers, of about 120 points, I believe. (Have 2 kids.)

No new C.O. here as yet. Wonder if we are going to get one, now…other than from some Engineering outfit. Don’t know what they’re like but they certainly cannot help but be an improvement on the last two we had.

Nuts!  It’s pouring out and has been since midnight last night.  In fact, it is now pouring inside as well as out!  This bloomin’ Receiving tent is leaking — leaking streams, not just drops — in six places.  I just had to move a couple of minutes ago because the typewriter and letters on it were getting soaked.

As you may already know, Lois got the annulment on July 10th and was married on July 12th in Texas to the air-corps guy she met in Corsica, name of “Mike” something — I don’t know the last name.  She is supposedly stationed at Miami Beach, I believe… 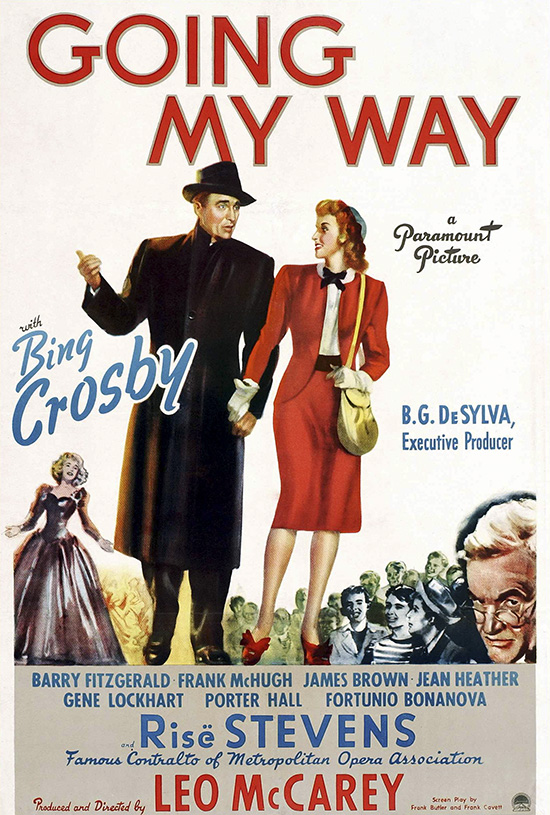 René tells his parents that shortly after receiving letters from his father telling of having seen “Going My Way” and “A Tree Grows in Brooklyn,” he was able to see both of “those two pictures one after the other.” 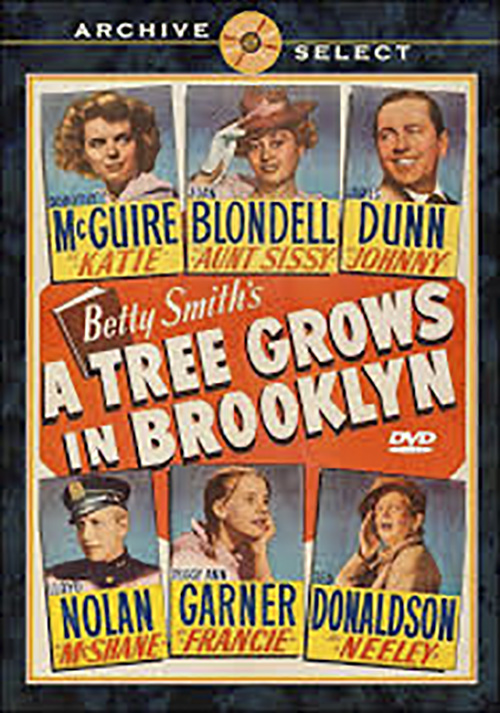 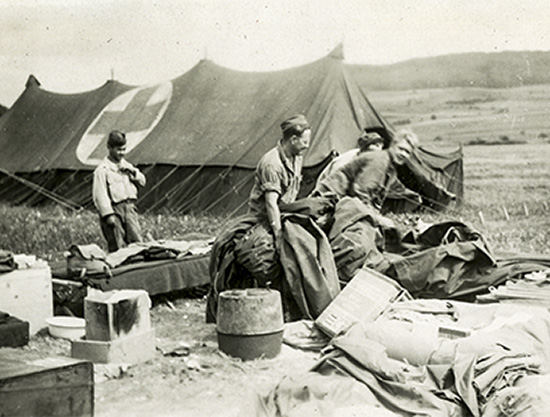 René types that the “bloomin’ Receiving tent” where he is typing is leaking — “leaking streams, not just drops — in six places.”  The nurses’ tent also was leaking so badly that it had to be replaced.

And René also reports news of Lois (above).  Below is a drawing she made of the ring René gave her before they were married in the fall of 1942.