Weather has been miserable around here the last few days and one never knows if it is going to rain one minute to the next. Luckily this ground absorbs the water well so that we haven’t particularly been bothered by mud, anyway the rain hasn’t been prolonged or hard at any time tho’ the wind still continues to be an annoying factor.

Have had quite a little work to do in the past few days, but nothing particularly pressing. For example, when we were on first call the last two days we worked most of the time and it was only for a short spell that the second team had to be called out. Today helped Wally and Carroll clean up a bunch of stuff on the ward, practically all Krauts.

Mattie, Gerbode and the Old Man visited Heidelberg yesterday and, Frank said, they saw some of the people that Mattie knew when he had been there studying some years ago. Apparently the city is not damaged except minimally. Hope I get a chance to get over there sometime too, just to see the spots you have always talked about in the past, Dad.

The gang are now going in for a new sport — deer hunting!  Of course, several of them have done a lot of hunting back home and they really have gone wild over here, particularly Paul, Mattie, Waugh, Chuck and a couple of others.  This area is apparently just filled with deer, a different species than we see in the U.S., most of them being smaller I believe. The boys have had good hunting and it is intended that we have considerable venison at the mess one of these nights.  They managed to get some German guns, not Army guns, but civilian hunting guns that had been confiscated by the Civil Affairs outfit, and from the results they have been having, the guns must be O.K.

Probably will be hearing comments from you re: the article in the Saturday Evening Post entitled “Shock Nurse.” How the glamour gal of the 27th got her pix in that article, which was all about another Evac, I know not. There sure were a lot of funny statements in that article. We run our “shock ward” differently than they do in the Evac. mentioned in the article. Our shock has, instead of the meager 20 beds they have, 50 beds. We use ours solely as a pre-op shock ward, whereas we have one other ward for the seriously ill, which consists of 60 beds and has all the bad cases, including all the brain cases. Not a pleasant ward to work in by any means…

Dad, I’m glad to hear that S.F. has been kept cognizant of the 7th, at least of late. After all, particularly in this last month when the maps suddenly had to show a big portion of Germany suddenly becoming Allied territory, including that “impregnable” Sigfried Line, everyone had to realize there was a “7th”. 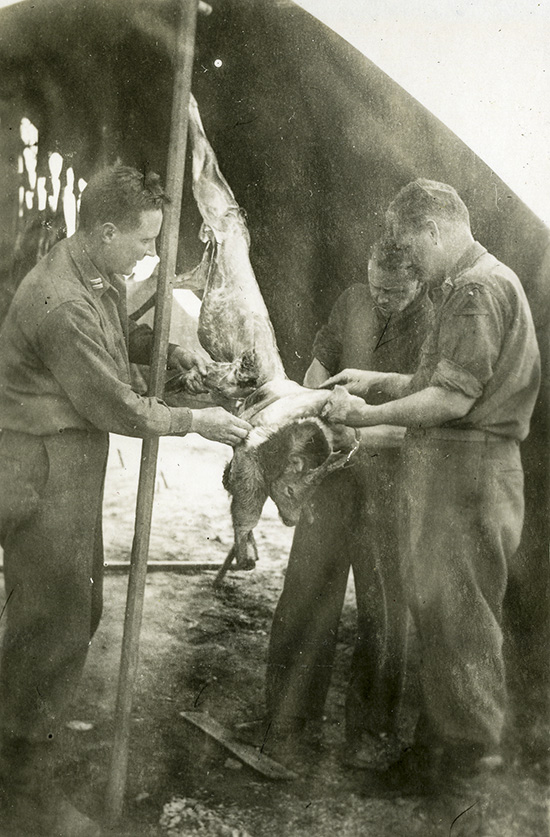 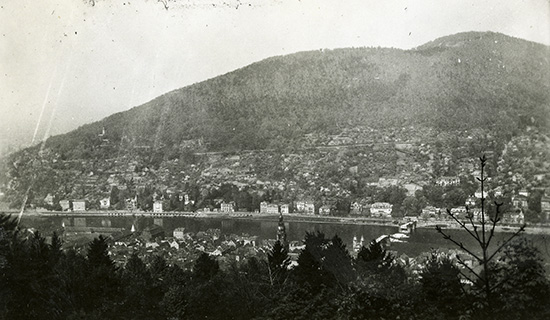