We had an excellent U.S.O. Show out here the other night and it certainly went over with a bang. Act I: Blond songstress who hails from Whittier, California by the name of Rose Marie Meyers. Her most popular song was “Take Me Back To the San Fernando Valley”. Act II: A fast-talking act between a gal and a guy dressed as a Civil War Veteran – a rather spry one to say the least. Act III: The Grand Hypnotizing Act. The hypnotizer called for volunteers out of the audience, taking our enlisted men rather than patients as ‘twas a rather strenuous act that he put them all through. Had one of our most shy Sgts. up there acting like a dog, barking, holding his arms above his head, scratching, and several other prize antics.

He hypnotized Bill Gratopp into thinking that it was a terribly hot day in June and Bill got hotter and hotter and then suddenly started taking all his clothes off. When he started in on the removing of his pants, he was brought out of the trance. And when he discovered what he had done and where, he made a dash out of the room, still complaining of feeling mighty hot. The guys he brought out of their trances would every so often come up with something akin to post-hypnotic suggestions for they would jump up in their seats as if they had been given the hot-seat, while some just went back to their seats and held their hands in the air for a long time afterwards.

He also pulled the old act that I had seen Polisk do at SF Hospital a few years ago, hypnotizing a man and having him get as stiff as a board and then stretching him between two chairs, head on one and heels on the other, and then standing on him. It worked well.

The best act of all, however, was the one with Master Sgt. Melvin Frei and Cpl. Vern Winslow (roommates, incidentally, making it even funnier). Frei was told that he was “Mary” and Winslow was her lover. There were two chairs on the stage and that was supposed to be an automobile in which Winslow was to pick “Mary” up and take her for a ride in the country. He drove the car to “Mary’s” door, picked her up, closed the door of the car, went driving down the road and then parked and did some necking. They were in such a clinch, actually kissing, that they practically had to be pried apart. It was really comical!

Knowing that it was definitely possible that all these fellows could be easily hypnotized and made to do all those things I was pretty well taken in, for I did not think that they would do those things unless hypnotized, as those fellows are by no means the actors of the outfit. The only thing that made me doubt that it was all on the up-and-up was the rapidity with which they were “hypnotized”. But, it wasn’t until much later that I found out that some of these fellows had been coached a bit in the afternoon and the others, who were actually on the up and up as far as volunteering was concerned, just did what the guy said, as they stood up there on the stage – just to make a good act out of it. The boys really deserved a lot of credit for pitching in and cooperating, but, some of them will never live it down. 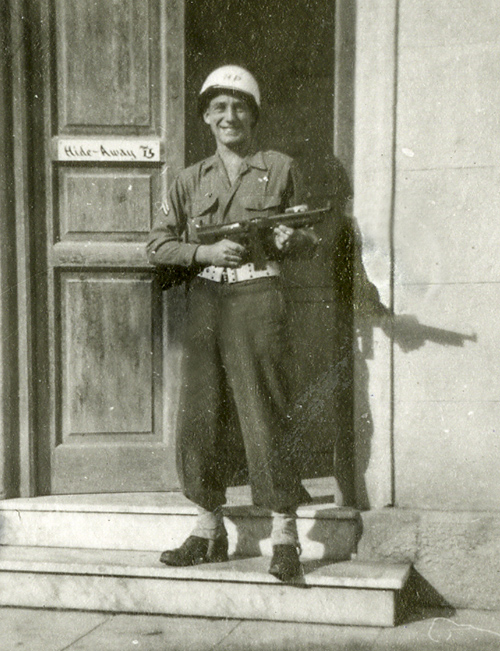 René tells his parents about the excellent U.S.O. Show that included “The Grand Hypnotizing Act” in which Bill Gratopp (above) and Vern Winslow (below) were part of the act. 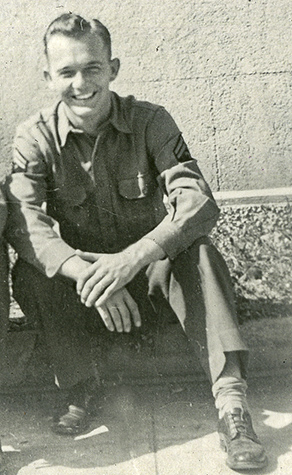