On Thursday, tho’ on second call we were called to work about 10 P.M. and by the time we were finished we stayed around a bit longer to see what Chuck and Bret (with Frank assisting as the only bones involved for Bret were a couple of ribs) found in a soldier who had been shot accidentally. He had a thru and thru hole in his descending colon, but managed to miss spleen and kidney. Just after they had found the hole someone came in with the announcement that they had heard about FDR just then on the radio. All were stunned and rather bitter. We stayed around the surgery radio till we heard more details a few minutes later. And then, finally to bed.

Funny thing was when Carroll went into his tent and woke up Blalock nicknamed “Jack Armstrong” (the young Lt. in charge of the ambulance platoon attached to us) and told him the news. “Jack” is a southerner – a true Southern Democrat, and he is, besides being a heck of a nice kid, a person with very definite ideas and he is interesting and fun to listen to. He argues with considerable intensity, and yet because of his continual smile and rather bantering voice one never really knows if he is kidding you or kidding himself or actually serious in what he is saying. He actually is apparently most serious, however, in most of his odd southern opinions. Or maybe it is we who are “a trifle odd”. Anyway, Carroll woke him up and expected, of course, some colossal remark – well, this was it, “Well, now we’ll have a chance to see what would have happened had we elected that Dewey!” Sort of the “great-experiment” idea.

See that even “Life” calls us the “Almost forgotten Army” – despite the fact that we’ve taken more territory right here on the Continent than any other two Armies, and even now have a heck of a lot larger front than any other.

Incidentally, if you can get it, get ahold of Maudlin’s latest collection of cartoons that has, I understand, come out in book form.

A few days ago Mattie pulled Little Bette out of a tree she had climbed and then that very nite what does she do but fall flat on her face when she tripped over a tent-peg in the dark! She’s been hospitalized these last couple of days.

A typical Bette incident the other day – the day Bette had climbed the trees. She and a couple of others from her gang were out getting some sort of blossoms – whether they were apples or just what, no one seems to know. Anyway, they brought them in and decided to decorate the mess tent a bit by putting a branch on each table. They did this but then they noticed that the blossoms didn’t have any nice smell, i.e. no smell at all. Soo, what does Bette do, but she goes and gets some Eau de Cologne or some other fancy perfume and sprinkles some of it on the blossoms. When we all came in to the mess, we were surprised at the wonderful fragrance of the blossoms, and it wasn’t till a couple of days later that the story came out. 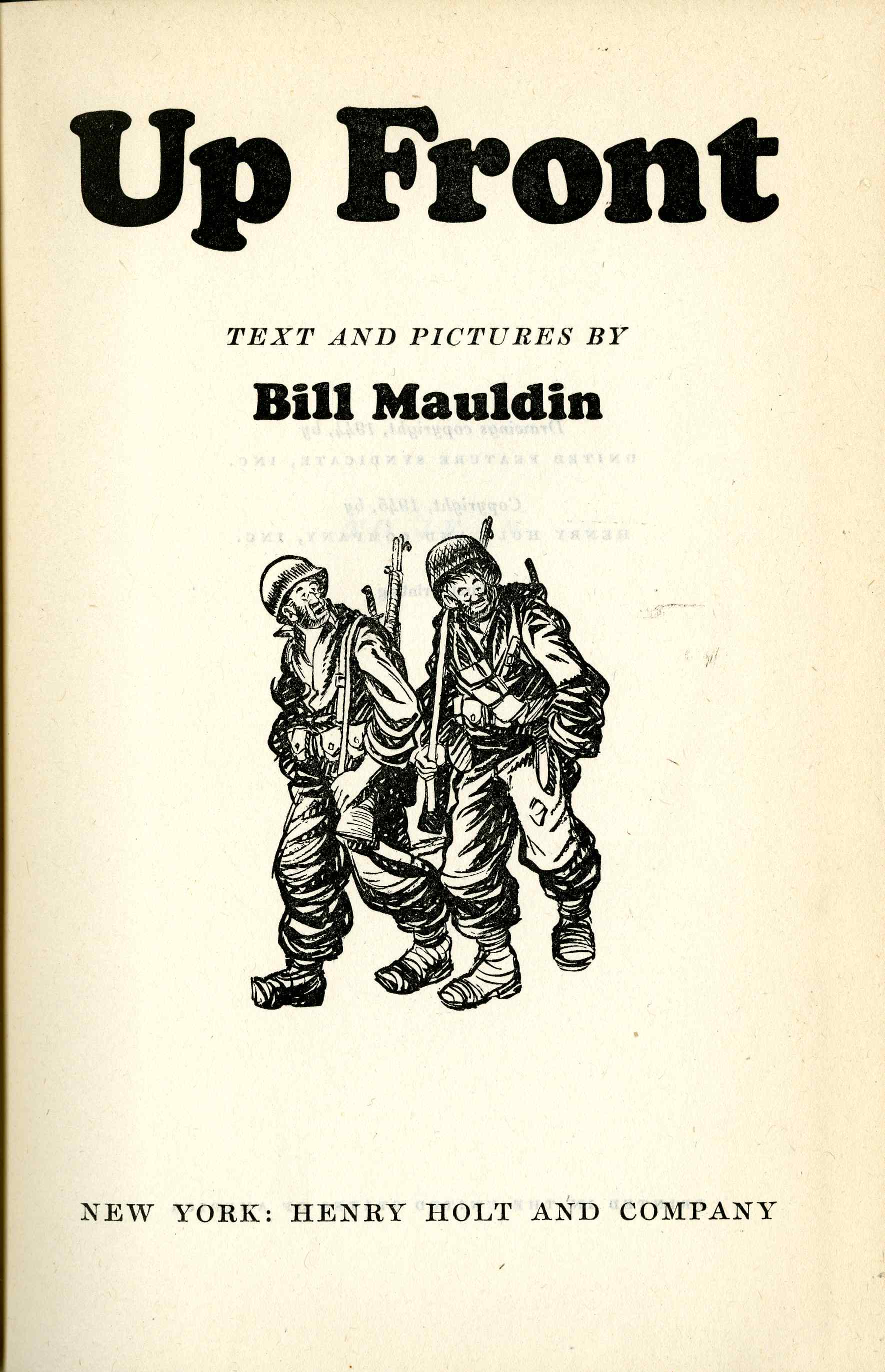 “Up Front” may be the book by cartoonist Bill Maudlin that René mentions to his parents. 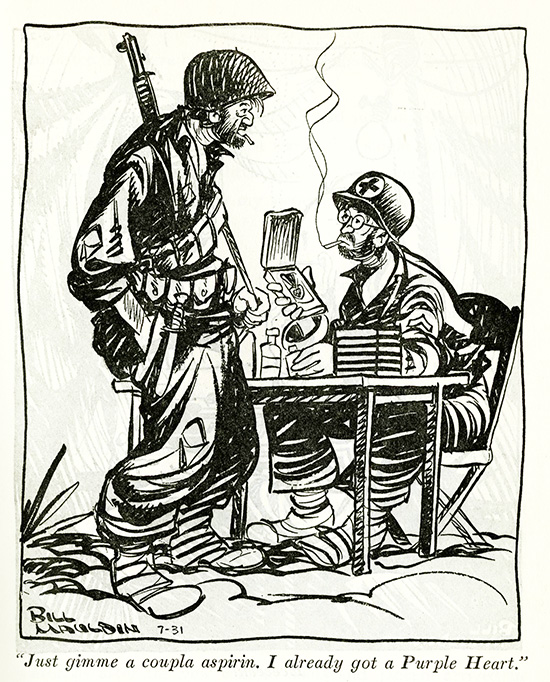 The caption of this Bill Maudlin cartoon from “Up Front” reads, “Just gimme a coupla aspirin. I already got a Purple Heart.”