No letter from René until tomorrow, but here are excerpts from a letter that Lois sent to Alma, her future mother-in-law…

I’m so happy you and my mother could finally get together, if only for such a short while. The picnic in the car sounds like fun! Mother said she enjoyed it so much.

I do so wish you could all have met Daddy — he was the swellest person. I believe his ideals, his remarkable character and his devotion to Mother, have had the greatest influence of anything in my life. Your husband’s sense of humor reminds me so much of my Dad, too.

We would both love to see you and Marie and Amie if you should decide to reroute your trip and come this way. If you come, we think we may be able to get a few days – about 3 – of leave. But we’re not certain. 25% of the unit is away on leave now, but all must be back by the 9th. Everyone is wondering if more passes will be given after the 9th – to another 25%. Everything is so uncertain.

My ring is really adorable. It looks like the conventional diamond, and is cut the same. If anything it sparkles and catches the light even more. I will try to illustrate it, but I can’t possible do it justice! There are 5 stones and the setting is white gold.

We have been here for 8 days and as yet have not been off the post. However, we’re considering going to Richmond tomorrow nite.

René gave the nurses calisthenics this morning. We actually do them by moonlight!!! When we fall in at 6:30 a.m., the moon is still high in the sky and it ‘s quite dark; when we finish at 7 it seem the dawn is just breaking. And is it cold! Our hands and feet freeze, our noses get red and runny, and the wind cuts through our sweaters. But it’s good for a change – if it doesn’t get much colder.

We are lucky to have steam heat, which is on all the time. The officers only have an old coal stove to each building.

The noises of an army post fascinate me: bugles blowing, bands playing, guns firing, carpenters hammering, the trod of marching troops, and the birds chirping. Brings back my childhood.

My uncle, Col. Tom Monroe, whose son we saw at West Point, is here also. I rather think we may stick with his outfit for the duration, which will be nice.

I suppose René told you we are all working in the Station Hospital. “Working” isn’t quite correct – it’s more a pretense of working, and just putting in the hours. The corpsmen and ambulatory patients do all the work, so the nurses have only to take temperatures, give medications, and chart. Personally, I’d prefer to get in and work my head off, instead.

The officers like it, though they can do more and I guess they are beginning to feel like doctors again, instead of just soldiers. Captain Blasdel did an appendectomy yesterday and René thinks he and Phil Westdahl may do some hemorrhoidectomies.

Well Mommie dear, I must close, and we’re both hoping to see you soon. 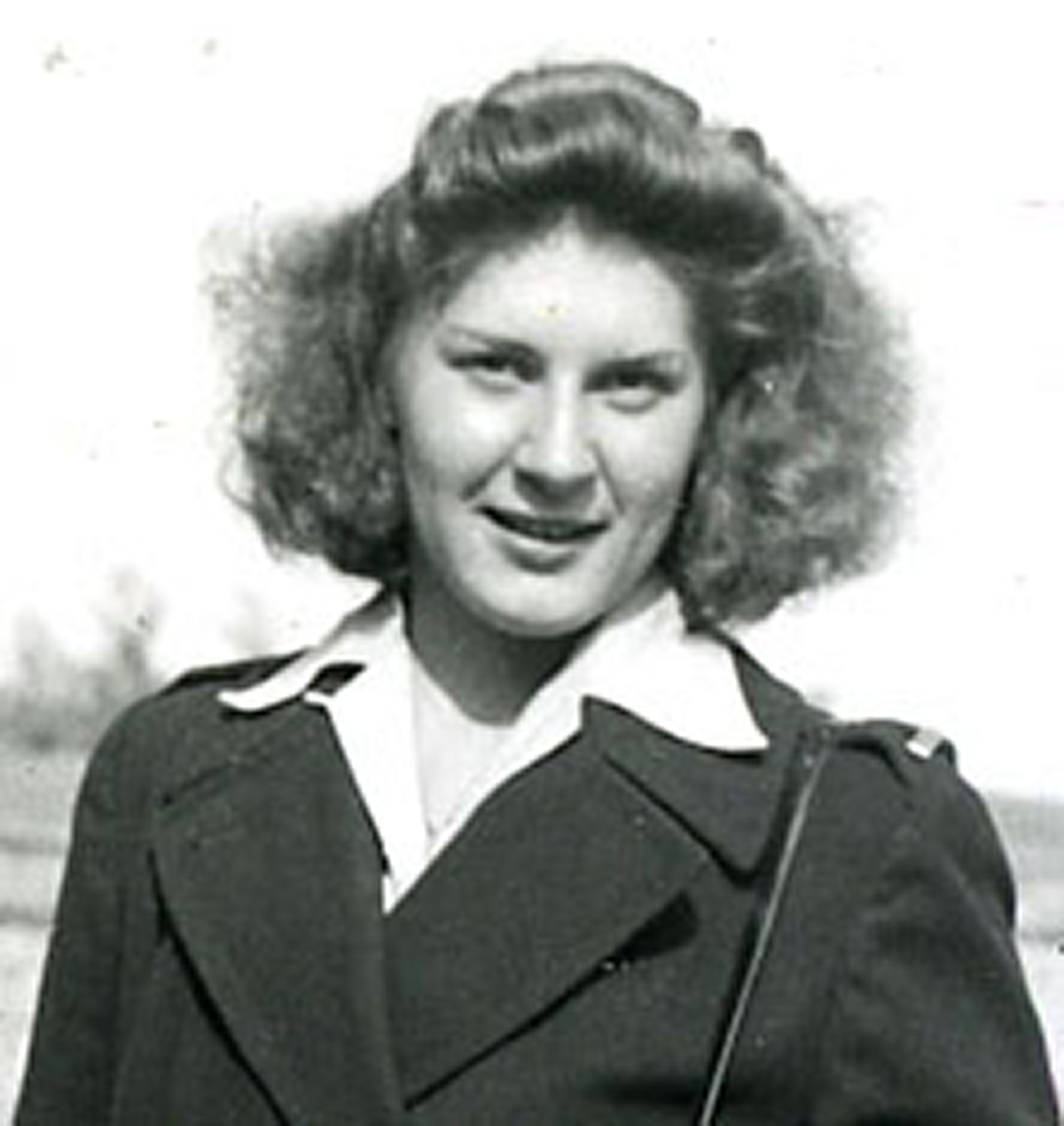 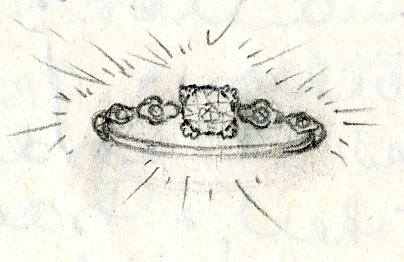 Lois’ drawing of the engagement ring René gave her.