Yesterday, just as I was showering in preparation for another journey to N.Y., the news came that, though the Post “alert” was to start at 6A.M. the next day, the 59th was “alerted immediately” and no one can leave at all. Apparently, in other words, we are supposed to be moving, but whether it is going to be to some other place in the U.S., or whether it is going to be elsewhere, we know not, only rumors!

Last night, after the “alert” was announced, it was decided that a big party should be had. We got together and had a party in the building that the Padre uses as a church on Sundays. We had a couple of radios and most of the gang showed up so that the party turned out to be pretty good. The Col. was his usual fatherly (?) self to all the gals.

This A.M. Mattie came around and personally awaked all that were still asleep at 7:45 and got everyone out for calisthenics at 8 A.M. He was kind of sore because some were a few minute late even after having been awakened by him, so he really gave some tough exercises. He doubled-timed us twice around the large block here, which Bret Smart just measured with a pedometer – so we went 7/8 mile. It really wasn’t too bad, but some of the boys with hangovers thought it was awful. For a change, Lois and I had left the party earliest and consequently I had had a good sleep, for which I was glad.

After exercises some of us played volleyball against the enlisted men and we licked all three teams that they could organize against us. Followed this by playing some bridge. This P.M. the barracks look almost like a morgue with everyone stretched out sound asleep on their bunks.

Despite the fact that we are going to move pretty quick, apparently Frank Lusignan is going to be able to go right along with us, at least that is the latest dope from the front. Today is his 5th post-op day and he will be getting up probably tomorrow, as he is doing fine.

Golly, somebody just tuned in a football game on the radio. Had almost forgotten that there was such a thing any more as a really truly football game.

P.S. Had hoped to wish you all a Happy New Year by phone tonite, but as I may not be able to do so now – you know I’ve been thinking of you and wishing it for you.

Watch for my next letter
September 14 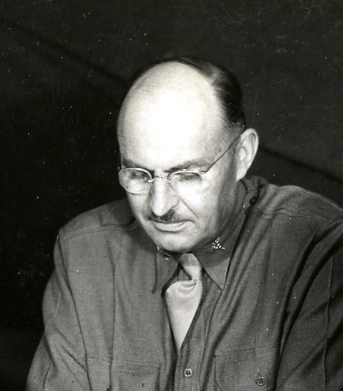 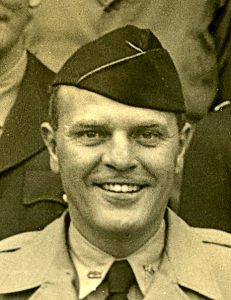 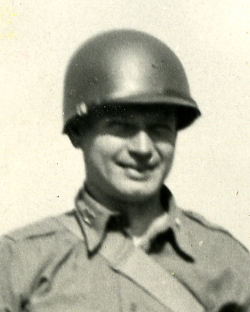 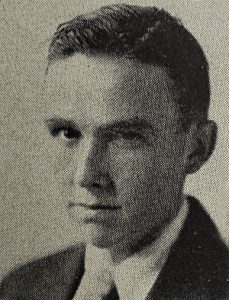