We got a good break today alright, got done at 6 A.M. and even made rounds before breakfast, leaving a few stray things only to be done after breakfast. Saw Leon M. after that and he seems able to sit rather comfortably. Just had lunch and there’s no work ahead of me until midnight.

Dad, remember how, when you used to stop “Betsy” suddenly you would throw your right arm in front of whichever of us kids would be riding with you in the front! Had occasion to remember that when I heard that one of our drivers perhaps saved considerable further injury to his passenger in a 2-1/2 when, being blinded by an on-coming vehicle as he came around a curve, he suddenly found a French bus parked almost in the middle of the road without lights! He threw his arm to the right at the same time as he slammed on the brakes on a wet, dark evening. He only sustained bruises though the passenger got simple fractures of both tibia and femur of the same leg. Both are doing well. But, they were on their way back with champagne for Serge’s wedding, and needless to say, the champagne has not been heard from since.

Things surely seem to come in streaks, just like your triad of patients with the same disease or triad of deaths among patients. Our motor pool never had any accidents all through Africa, Sicily or Italy, but bingo, they hit France and the water-truck gets banged up while in convoy, when an Italian driver stops suddenly in front of him (broken nose only casualty), and now this latest case, rather close on the heels of the other. 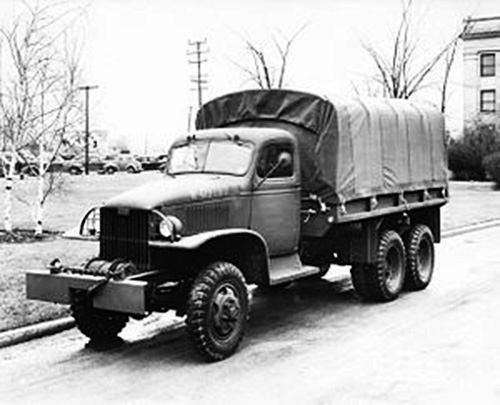 René tells his parents about an accident one of the unit’s truck drivers got in.