The weather has been none too pleasant – pretty much of S.F.’s miserable type, i.e. foggy, drizzly, etc. Some of the patients come in dripping wet, and in fact, at first the chills that some of them got when transfusions were started were thought to be transfusion reactions, but soon it was realized that the chills were merely a result of being cold.

Speaking of blood – we really pour it out to the patients. I don’t have any idea how much we actually use, but ‘tis plenty despite the fact that we don’t give it unless there are really indications for it. What a godsend a blood-bank is!!

Oh yes, we were supposed to have gotten a brain case the other A.M., late in the A.M. so that we would have worked way past noon, but the patient wasn’t in good enough shape, Wally decided. So Roy, coming on fresh on the noon to midnight shift, inherited the patient and it turned out to be really his meat — for a special photographer, supposedly sent by Col. Churchill (surgical consultant high-up) to make movies of various operations in Evac. Hospitals, showed up and took movies of the whole procedure. Roy just ate it all up and the patient was gracious enough to live for a few hours after he left surgery.

Yes, Dad, that Holland business must have been hell, but, unfortunately, there have been other somewhat similar catastrophic sacrifices from time to time – the Rangers in Italy, etc., and it seems all to be part of this awful game called “war”. But, as you say, no risks, only slow gains if any. However, when the casualties come slowly one does not seem to notice it and think about it as much as when something like the Holland incident comes along. The everyday stuff is actually every bit as bad in the long run.

Incidentally, you say you are not sure of Raoul’s or his progeny’s number. It doesn’t sound as if you know that Raoul (at least according to Alain) is dead.

M.L., I received the Ogden Nash book – tanks! Have managed to read a few of the items in it while taking a few minutes off in the well known “library” from time to time. 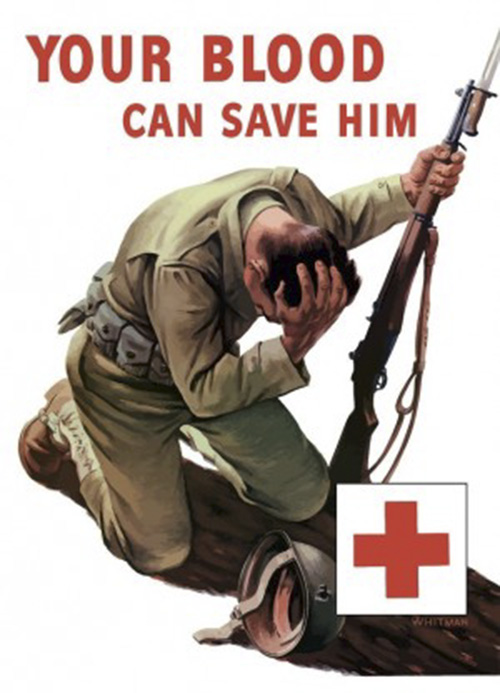 American Red Cross poster encouraging blood donations. René tells his parents that the blood bank is a godsend for their patients. 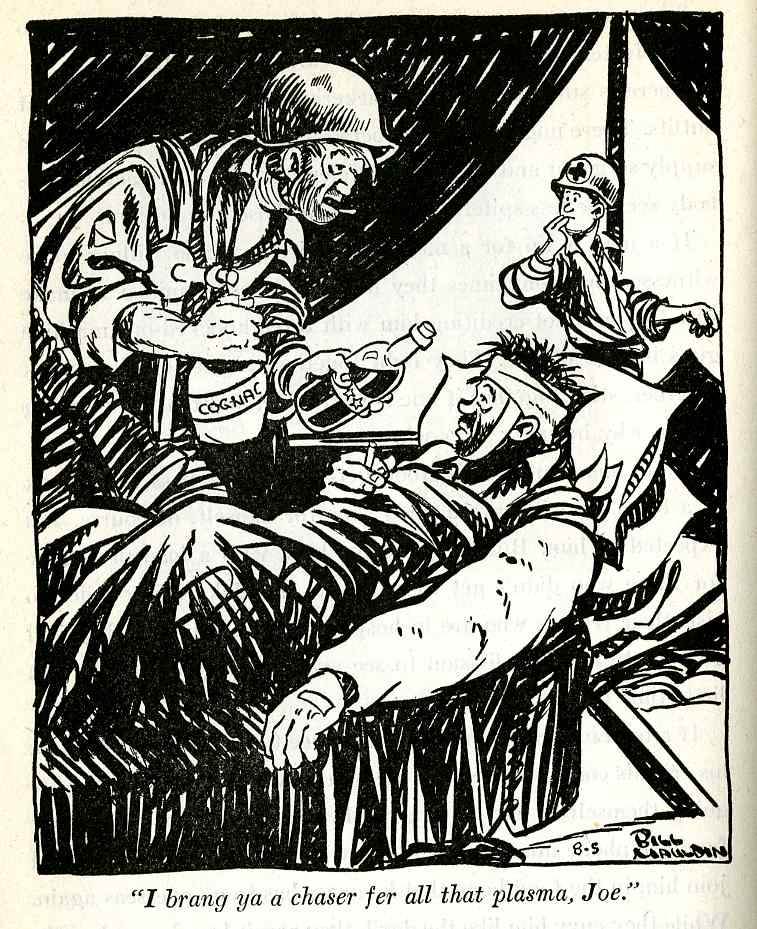