Another breather, and that only because there were not enough beds, so here it is afternoon and I have already finished doing a couple of weeks worth of laundry. Worked from midnight to breakfast alright – in fact, another brain, not a bad one thank goodness – cleaned up the ward stuff and paid a short call on a special hemorrhoid case.

You see, last night, a certain officer, a major, [Leon Michels] in fact, wandered in and said that he could not stand up at an operating table again for a few nights unless his thrombosed rear end was nicked a bit, and as he and his gang are having a few days breather, he tho’t he’d hit it about right by coming here and having Mattie do something about it. Well, as it happened, he came in at a bad time, but last night was sandwiched in somehow by Russ Klein who did the nicking for him and consequently the major has been sitz-ing it a bit today. Patient doing well, and intending to perambulate back to work as soon as his hind quarters prove that they can once again function, which should be tomorrow or the next day. In fact, he is taking this opportunity to get a much needed haircut.

Yesterday Serge and Ann were married and are off on a 7-day leave. Serge was lucky enough to borrow a civilian-type (French) vehicle from one of the headquarters bunch for the special purpose, and if ‘twere possible, he was going to try to see whether those old hand-pulled elevators still function.  There’s something about medical personnel being allowed a little leeway and not being interned. Know not how true, but he was going to investigate of course before trying it.

Dad, glad you got Maudlin’s cartoons. Agree with Ernie Pyle that many would not be appreciated by those at home, but I shall be glad to explain on arrival home. Regarding the coffee over here – well I have been spared that experience of drinking the “chickerory” as you call it, for I just don’t drink any coffee — G.I. or otherwise. However, others have had the same idea about the French coffee as you have expressed. In fact, the French must have too, for they prefer ours to theirs whenever they can get the former.

Thanks for the article regarding the commendation we got, via the S.F. papers. Had heard nothing of it over here until everyone in the unit was deluged in the mail with the very same article by everyone who read it at home. No, no official citation or anything like that except that one to the Col. We don’t deserve it, certainly – or, I should say that prior to this business over here, we didn’t deserve it, tho’ now we are definitely doing our share and more than our share, actually. 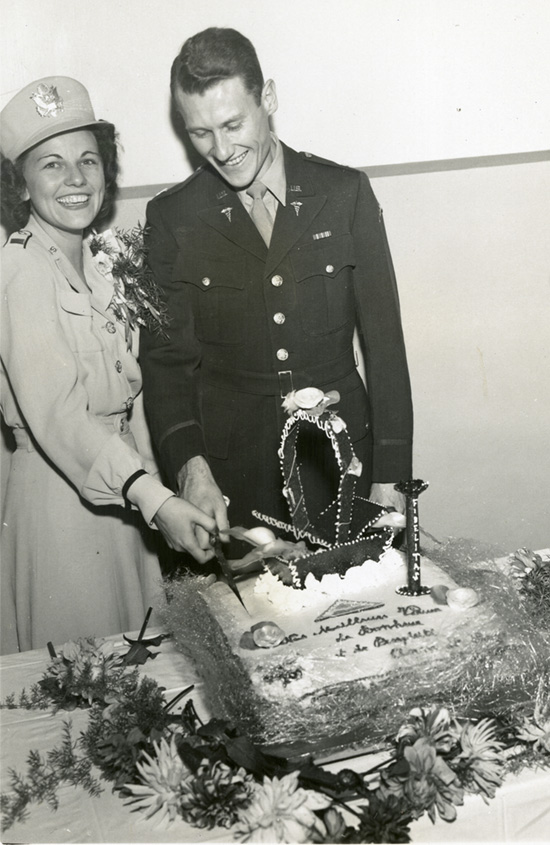 Ann and Serge Bryner were married on October 26 and are now off on a 7-day leave. 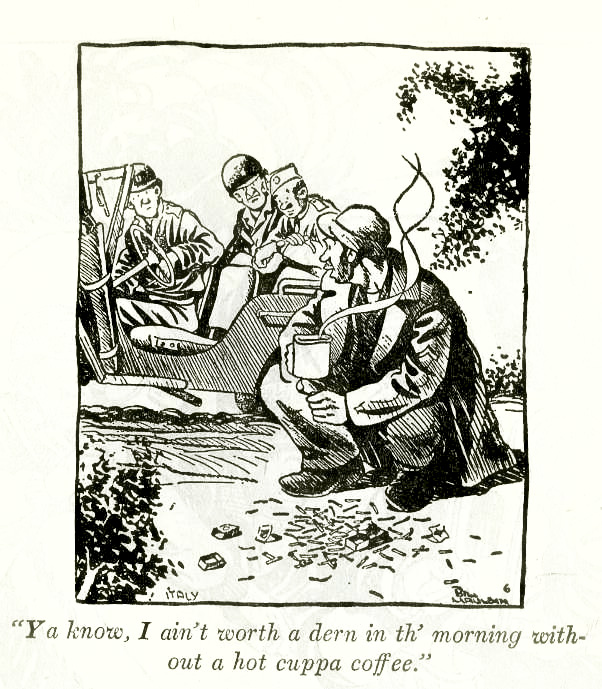