Remember a few months ago I was going to send my watch home to be fixed, well, I waited and waited and finally the other day when the stem on the watch Lois had her mother send me for my birthday last year came out, I decided to take both watches down and see what could be done at a place where some of the boys have had considerable success.

One the way, however, I bumped into our ex-sgt. Morrill who insisted that he could get them fixed safely for me. So, I gave him both watches and now both are fixed, running in perfect order and I feel like a plutocrat again with two watches.

Morrill is quite a guy. He used to work in Surgery in Africa, but was always getting into trouble downtown, in fights, staying out a long time, etc. and finally after they busted him to private, they let him transfer out. Nevertheless, he’s O.K. and would do anything for anyone he likes. He’s happy as a lark in his new position for, despite being a pvt., he has quite a little responsibility and is able to run around in a jeep a good deal of the time. He’s the one who used to help George Davis and I in Africa by running errands on a motorcycle that we had borrowed for a while. Of course, Morrill almost broke his own neck a few times on that bike, but he got a big kick out of it. He was quite a favorite with Lois and vice-versa.

Lois apparently likes her new spot very much. Have had but one letter from her, but Fran had a note via the nurse who transferred here from the outfit Lois went to – it was an exchange transfer. They have mighty easy hours, like a station hospital in the U.S., are right near a beach, only 2 nurses are on for the whole hospital at night, they have a lot of convalescent patients awaiting transfer to the U.S., all the personnel are very congenial and though they are in tents, things are very nice. They have a Club right off the beach where things are mighty swanky and comfortable what with plenty of beer and ice-cream, fireplaces, etc.

Bob Treadwell and Gil Bishop just returned a few days ago from their leave and had a fine time, despite their difficulties in travel. They were able to spend 4 days in Cairo tho’ they admitted that they could have seen all they wanted to and done all they wanted to there in two days, and, if they hadn’t been rather tired on their arrival there they might have gone on to Palestine besides. However, with transportation so uncertain, one never knows if one is going to get back from wherever one gets to. 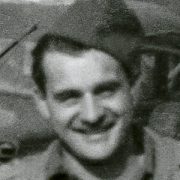 René tells his parents that the unit’s ex-sergeant Ed Morrill arranged to have his two broken watches fixed. 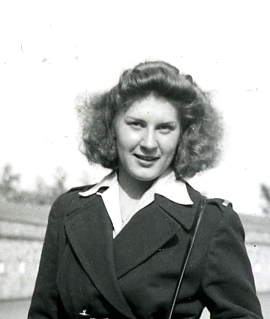 René has received just one letter from Lois, but has heard a bit more about her from Fran Trembley. 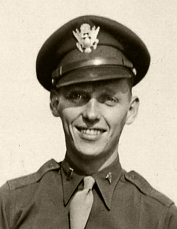 Dr. Bob Treadwell just got back from leave in Cairo