Yesterday Mattie came back from his visit to the General Hospitals in the rear and gave us a most interesting talk on what is going on there. They are truly doing some amazing things – things that would not have been dared nor thought possible before the war. It’s a funny business, however, for there are people getting the same results in different hospitals with different methods, and yet some claim that their method is the only good one and abhor the methods of the other.

The Barnes Hospital outfit has been the one that has gone off the deep end most drastically. They are blood and penicillin fiends. When they get a patient from an Evac. or other forward hospital, they have their nurses immediately get a blood hematocrit run (new copper sulfate rapid method) with plasma protein and all, and also immediately begin to give the patient penicillin and whole blood. They have a very efficient blood bank and are able to get all the blood they need. They keep giving that blood until the patient’s hematocrit reading is up to what they consider normal. (Of course, this does not apply to minor things, but I am speaking of surgical wounds of moderate consequence.)

Then after everything is normal in those readings, they take the patient to surgery and, for the first time, change his dressings and take a look at his wound. Now that may have been 2 to 4 days after entry, but nevertheless, they have not looked at the wound before that. Then, when these patients are in surgery they are completely cleaned out – their wounds more extensively debrided than is possible in the forward hospitals – and the wounds CLOSED UP TIGHT, despite the fact that it may have been very soupy and full of pus when they first saw him in their surgery. They do, however, put small counter-drains in through separate wounds in the most dependent portions.

We would never dream of doing such a thing as closing a soupy wound up tight, but, by golly, despite Mattie’s shuddering at the sight of them closing up these wounds, the patients the next day and the next and numerous other similarly treated cases, were doing perfectly fine. In fact, Mattie saw chart after chart (which he just picked out at random wandering through the wards alone) where the patient had been running temps of 102’ to 104’ and then there would be a notation on the chart of “To Surgery” and after that the temperature chart would have nothing but a straight line on its right down along the normal line. They even treated chests, joints, etc. in the same manner. All of these, too, they irrigated with penicillin during he operation, and, in the case of joints, they closed them up tight and then irrigated with a needle once a day with penicillin. The brain men even irrigated the ventricles daily with penicillin through trephine holes.

Mattie’s impression was that, true, the penicillin stops the spread of infection, but that neither that nor the blood is the whole story by any means – the biggest thing is probably that with the penicillin more as a morale booster – the men have more confidence in doing radical things that would have been considered almost mal-practice before this, that their surgery is actually better, and consequently they are finding that they can very nicely get away with things they never thought possible before.

When Mattie returned from this trip he wanted everyone to get a chance to go down and see these things going on while they still have the business – business is naturally slackening off greatly there right now. He asked the Old Man about it and got an O.K. Anyway, Bret, Ralph and Phil went off today. Who goes next, I know not, but I hope that I go soon before things cool down too much down there and there won’t be the cases to see that there are now. When and if I get down to see some of this myself I shall let you know more about it. 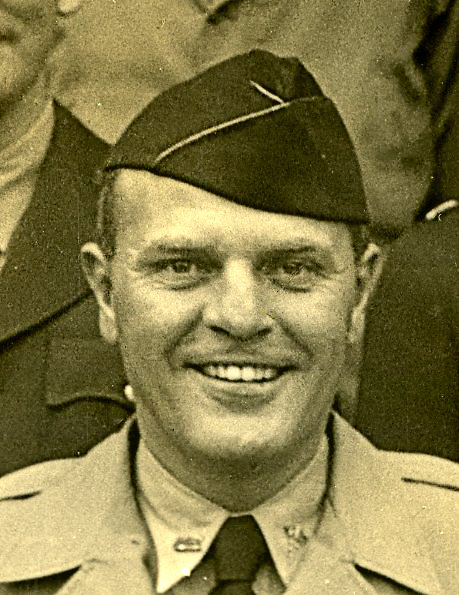 René tells his parents that Mattie (Dr. Carleton Mathewson) came back from his visit to the General hospitals in the rear and gave the other doctors “a most interesting talk on what is going on there.” 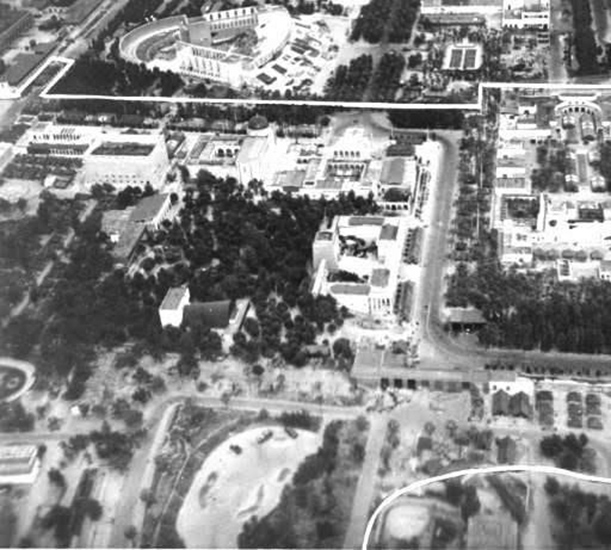 According to René,  the doctors of the “Barnes Hospital outfit … are blood and penicillin fiends.” He was referring to the 21st General Hospital, which was staffed by medical personnel drawn from Barnes Hospital and the Washington University School of Medicine, St. Louis, Missouri. The photograph above is an aerial view of the 21st Hospital during its stay in the Naples-Caserta area, where they was located from December 29, 1943 to September 26, 1944. 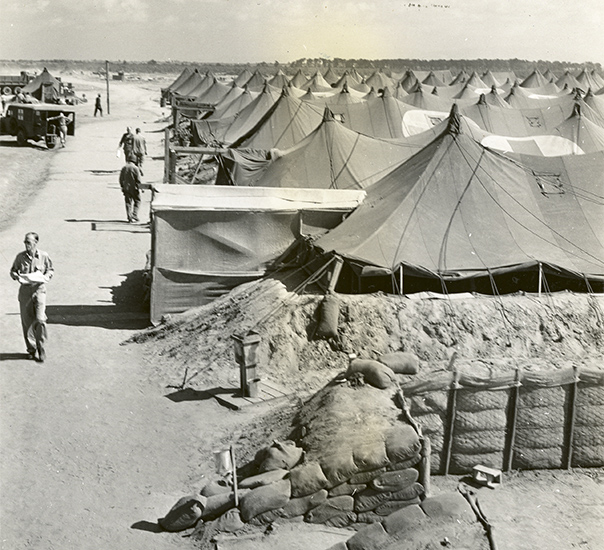 This photograph shows the tents that the 59th Evacuation hospital was working in while they were in Anzio.