The day after we evacuated Allach, the Col. wanted me to go down to Salzburg to pick up some wheels for his car.  Sooo, with Bill Gratopp driving, with Ben Romine, Wy, Heinzerling, and Klopek in the rear, we took off with the weapons-carrier just after lunch. It started to rain after we were on our way a short time and from then on the weather was miserable. The top of the weapons-carrier leaked so much that we might just as well not have used the top at all, and the boys in back were none too happy.

We went straight down the autobahn to Salzburg, stopping a couple of times to investigate some buses we saw, in the hope that we might secure one for the sight-seeing trips sponsored by the I. & E. program for the unit. Finally got to Salzburg and tried to get an O.K. on the wheels, but the Capt. in the office was unable to give authorization himself, and his superior was not there that afternoon, and, anyway, it was supposed to be a function of the Army rather than the Corps to give the permission, as the Army had frozen all those vehicles, parts, etc. etc. Sooo, after eating and arranging for billets (the men at the Hdq. Co. of the Corps and me at the hotel for the 30th Infantry) I tried, unsuccessfully, to phone or find Rip Williams who was down in that vicinity somewhere. I got his outfit on the phone but couldn’t hear them talk, so finally had to give it up.

The next A.M. after breakfast, the boys called for me, and we tried to find out more about getting the wheels, but were unsuccessful and so started home, via, of course, despite the foul rainy weather, “Berchtesgaden”.  I really should qualify that by saying “what is left of Berchtesgaden.”  On the other hand, the small town by that name is pretty much intact.  It is only Hitler’s hideout, a mile up the hill from the already high village, that is completely demolished.  The boys of the air-corps did a fine job there — despite the numerous misses their bombs did have all around Hitler’s home.  The ground is well pock-marked around the home, but even those misses must have thrown considerable metal into the house.  There is just nothing left of the house except the ashes and a few stalwart beams that are still standing.  One can see where he had his big 40-foot window, but all the furniture has been well burned out.  We were unable to go into the basement, because what is left of the roof of the basement is in too precarious a condition for it to be safe under it.

Would have liked to have gotten into the underground tunnels and the complete set-up Hitler had there, but special permission had to be obtained at the bottom of the hill and we were in no mood to climb that hill once again just for that — particularly since by that time it was pouring and coming through the top of the vehicle mighty fast.

We saw the hotel that is just above Hitler’s home and which was used for his guests, etc.  Of all the buildings there, the hotel is damaged the least, and it is now being used as quarters by some of the Airborne boys.  We went thru some of the underground rooms (iceboxes, bakeries, etc. that the hotel had) and there was really plenty of wonderful construction work and equipment.

We were told that if the day had been a nice one, the view from up there would have been magnificent — one should be able to see the Alps, see Saltzburg, and way down that valley in which Saltzburg is situated.

I see that I didn’t tell you much about Salzburg itself. It is situated on the edge of a valley with a river (I think it is the “Salz”) running right thru it.  It apparently was quite a nice city, a fairly large one, but nothing to compare with Munich, of course.  There are some sections that are not too badly hit, but it has, too, seen its share of air-corps bombers.  The hotel in which I slept was almost intact — the rear end, however, had a slice taken out of it.

Well, we finally left Berchtesgaden and headed for home.  Returned to find that the Col. and Bish had gone to the other area hurriedly in anticipation, supposedly, of moving.  Apparently we’re going to move, but only a short distance, to set up as a Station Hosp., or so goes the latest rumor. 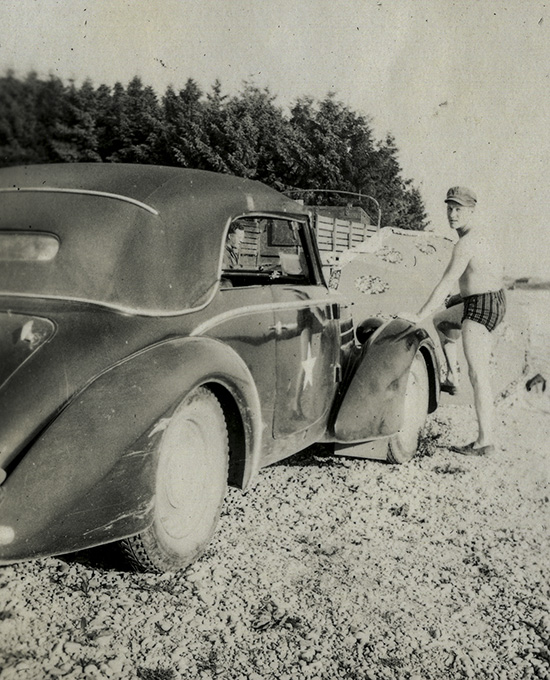 René and 5 of the men – including Harold Heinzerling (shown below) went to Salzburg to pick up some wheels for the Colonel’s Mercedes (shown above – with Sgt. Bergstrom). 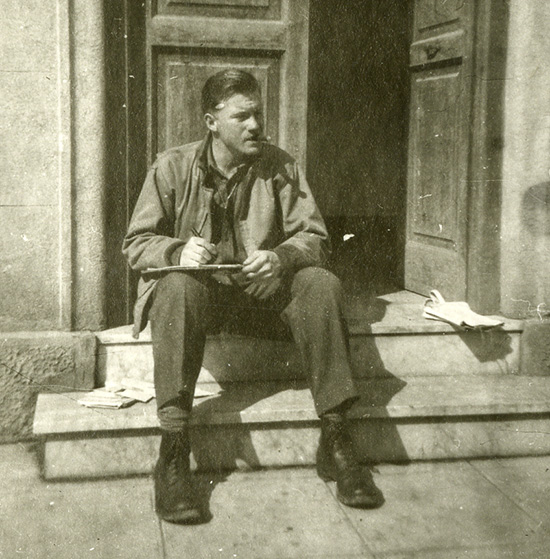 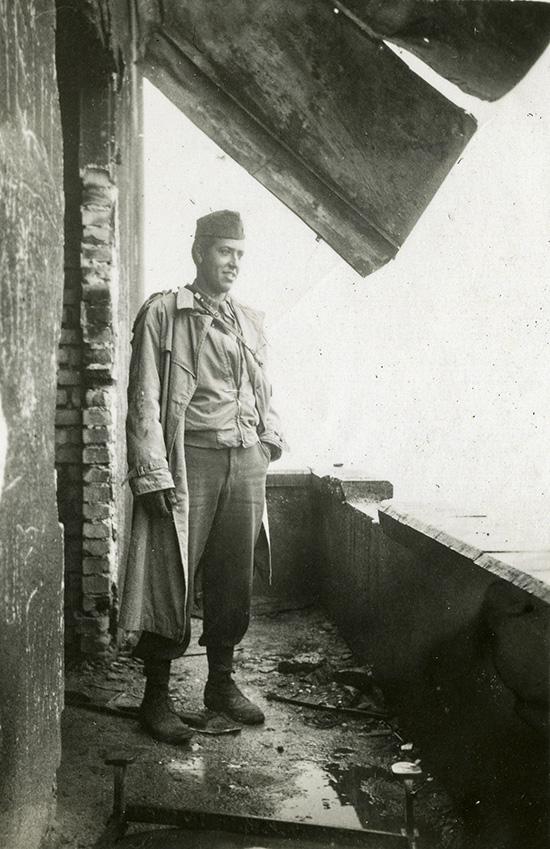 On the way back from Salzburg, they stopped at Berchtesgaden to tour, what René said was “what’s left of” Hitler’s hideout there. 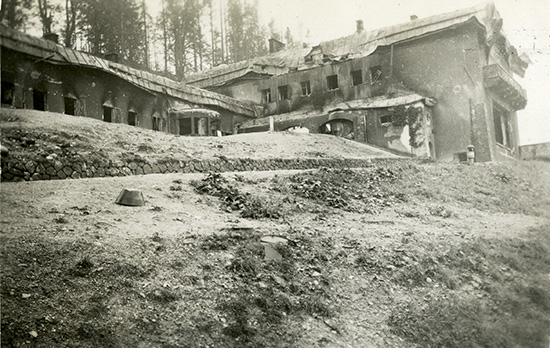