On the 7th, as we were completely loaded we had orders to go to the outer harbor and anchor, so I went up early to the 56th and found that three of our boys could come back to the ship, so I brought them back with me.

By that time, our load was quite a sight. We had two half-tracks with mounted 50mms on them — one on each side of the deck up by the elevator. They had both fired considerably during the air raid and one shell had landed on the hood of one of them, going through a bed roll that was there, and just tearing it to bits. That was where the soldier got his shrapnel, as he was on the half-track gun at the time.

We had our “flight-deck” with two Pipers on the top and one on each side on the main deck. These were covered with camouflage from some of the trucks below. The camouflage had been the joint idea of Captain Ruud and myself and had been seized upon rapidly by all concerned. They even took my own idea of putting the two planes that were on top with their propellers facing each other instead of with tail to nose as they had been.

Below the “flight-deck,” between the planes and the half-tracks, were 30 Arab donkeys. What a sight!! There was plenty of hay for them on the deck also, and strangely enough, they seemed to enjoy the trip very much, not getting near as sick as did many of the soldiers and even sailors.

As equipment below, we had a various assortment – trucks, half-tracks, tanks, amphibious 6 X 6s, jeeps, etc. etc. Just before we pushed off from the dock, who do I bump smack into but Col. Westmoreland. I was glad to see him, and vice-versa, and I was only sorry that he was not traveling on our ship.

We anchored out in the outer harbor on the 7th and then the whole tremendous convoy shoved off at about 5 A.M. on the 8th. The trip the first day wasn’t bad, not too rough at all and I managed okay. That day we sighted, behind us, the whole gang from Tunis – they were too far behind for me to be able to pick out any of the numbers of the ships, but we knew they were the rest of the gang. Eddie’s ship was right beside ours for the whole trip to Sicily.

Watch for my next message on
July 10 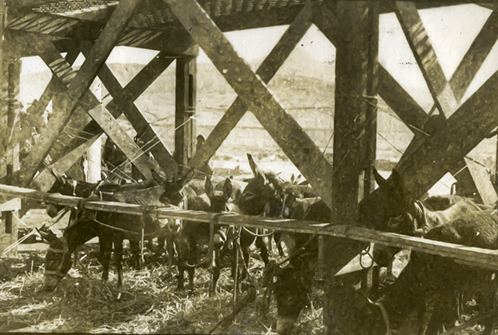 As René writes in his journal, “Below the ‘flight-deck,’ between the planes and the half-tracks, were 30 Arab donkeys. What a sight!! There was plenty of hay for them on the deck also, and strangely enough, they seemed to enjoy the trip very much, not getting near as sick as did many of the soldiers and even sailors.” 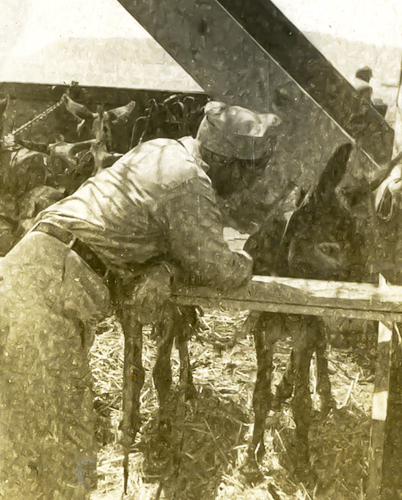