I had supper with them all [Jeanne and David Salomons, and The Weills, whose apartment they are living in temporarily] and remained there talking until time to catch the last subway back to my hotel — the subways run only until 11 P.M.  The food situation is the same as I wrote that Jean-Pierre had told me. The ration of meat per week is mighty small. Fresh vegetables are almost impossible to get. Potatoes they can get in not too little quantities. No butter.  Cheese very limited.  Actually any kind of vegetables (not just the fresh ones) are extremely hard to get.  They can be gotten occasionally in Black Market spots and pricey.  Unfortunately, the Black Market has a lot of things which, if put out on a decent ration would increase the amount of good things that the people would be able to get. This way, just those who can afford the Black-Market prices are able to procure such things.  It’s a vicious circle.

David had a small can of butter that Jacqueline had sent them from England, and ‘twas the first butter they had tasted in gosh knows how long. Sooo, butter, peanut butter, etc. will be appreciated, you can see… You will have to check, but they said packages of 5 pounds and under could be sent from the U.S. as long as they don’t have certain items, such as cigarettes, etc.

As for heat and lighting — the electricity in most parts of Paris is off from 8:30A.M. to 5 P.M., so that even those who have little electric heaters are unable to use them except at night.  You can imagine what difficulties they have in preparing food and in keeping themselves from shivering all day long.

I had, of course, gone to Paris prepared with pictures of all of you, and both Jeanne and David (and the others over the next few days) enjoyed seeing all of you that way. Mom, how you can stay so young-looking they are unable to figure out. They all said, however, that you should always smile, for you have the most beautiful smile and it makes you look ever so much younger in your pix when you smile. The one pix they liked so much was the one in your American Red Cross uniform, where you have a tremendous big smile on your face. Dad, they did not think you had changed. Gram, of course, they raved about also.

After making arrangements for meeting the next day, I caught the subway and went back to my hotel, which was just as cold as other un-heated domiciles. Had enough blankets, however, as I had brought one along in my barracks bag. And so ended my first evening in Paris. 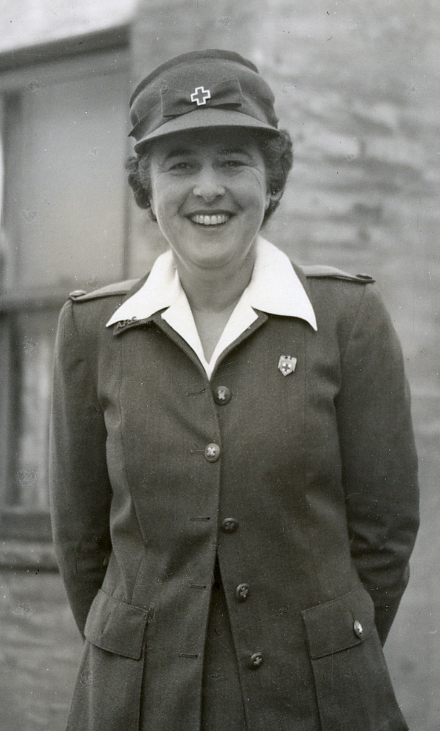 René tells his mother, Alma, that Jeanne and David were “unable to figure out” how she can “stay so young-looking” and they particularly liked this photo of Alma in her American Red Cross uniform, with a beautiful smile on her face. (Alma would have been in her early 50s when this photo was taken.) 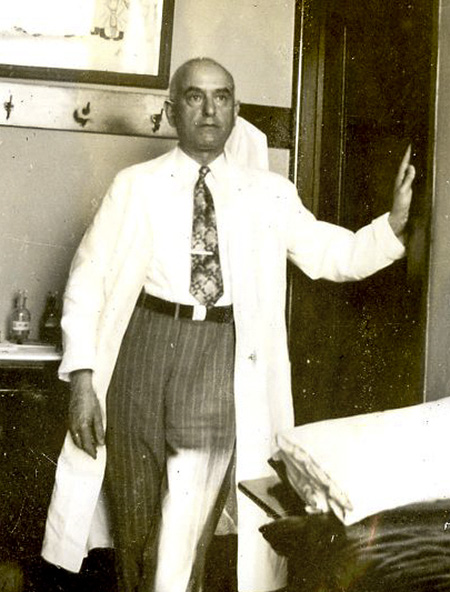 Jeanne and David didn’t think that René Sr. (above) had changed. And they “raved about” Gram — René’s grandmother (below). 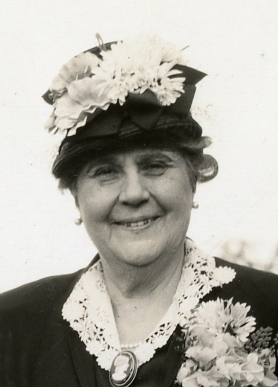