After the announcement that startled us all tremendously at midnight last night, I am rather anxiously awaiting comments that I hope you will be having the time and energy to make.  I will be interested in what you think may be the outcome of the passing of that one man at a time like this.

I hope that now all those short-sighted individuals who voted for F.D.R., those who “didn’t want to change horses in mid-stream,” are satisfied now that their “horse” is dead in mid-stream and they have to rely on a braying “donkey” to carry them the rest of the way.  The new President may turn out alright, who knows, but…

It seems to me that the hand-writing was on the wall months and months ago, long before the last election, that F.D.R. would be absolutely unable to see his fourth term through.  He was carrying a weight much too great for any one man, particularly for a man as subject to illness and as old as he had become in his previous three terms.  One would think that, egotist as he was, and perhaps feeling that he was destined to see this thing thru, that he would still have had the foresight to provide for the country in the event of his death or inability to continue, by making the politicians put a man in as vice-president who would not only be capable of continuing the work that he had started, but who would be sufficiently cognizant of all that has gone on in the Big-Three Conferences to be able to still hold the whip hand in those meetings.  For, unless we are all far more in the dark than we think, it looks as if it is all going to be mighty new stuff for Truman.

Unless the next four years prove me to be wrong, and I hope they do, I’m afraid that one of the things F.D.R. is going to be remembered for is his having allowed a bum man to be run with him as vice-president, and thus managing to undo a lot of the good that he had been able to put over toward furthering world-continued-peace.  He was always the center-man in the Big-Three conferences, but who will it be now?

Of course, one never knows what another might do in times of stress and, for all we know, Truman might turn out fine.  At least now we have to give him the chance — and it might be that if he keeps around him those who have been in the know with F.D.R. and listens to them and chooses other top-notch advisors, things may turn out O.K.

Unfortunately for Truman, too, the most startling, and consequently the most remembered picture of him is the one taken with him at the piano and the movie actress Lauren Bacall sitting on said piano.  Not quite the dignified picture for a President, even if it was at a Bond Drive.  Of course, one of the big objections to him is that he is a politician, dyed in the wool.  Well, actually there was no greater politician than F.D.R., so…… 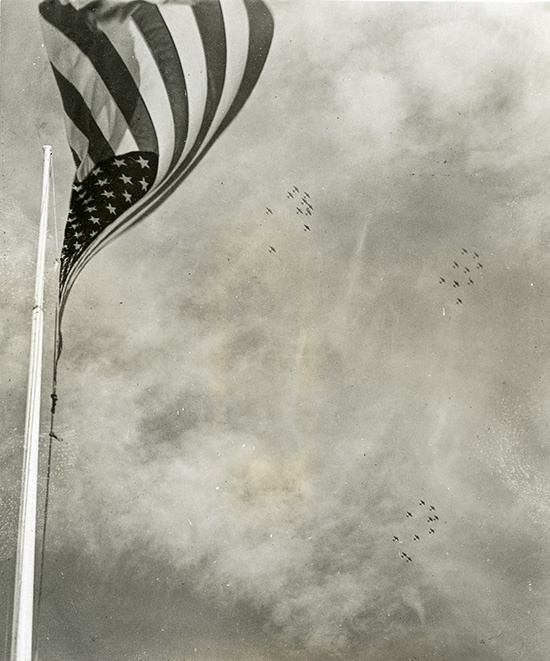 Flag at half-staff and planes flying in formation overhead – in memory of Franklin Delano Roosevelt. 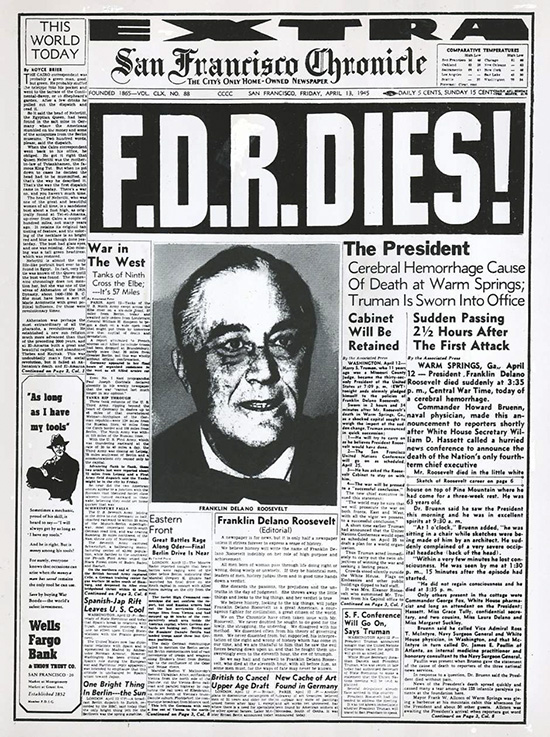 René reacts to the death of F.D.R. and the installation of V.P. Harry S. Truman as President of the United States. 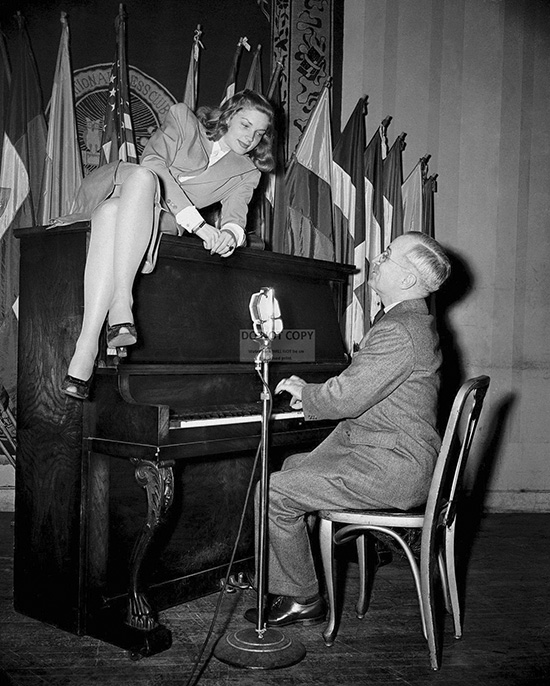 The “startling” photo of Harry Truman and Lauren Bacall that René thinks, “Is not quite the dignified picture for a President, even if it was at a Bond Drive.”