You are here: Home / Uncensored Perspectives by Dr. Philip Westdahl 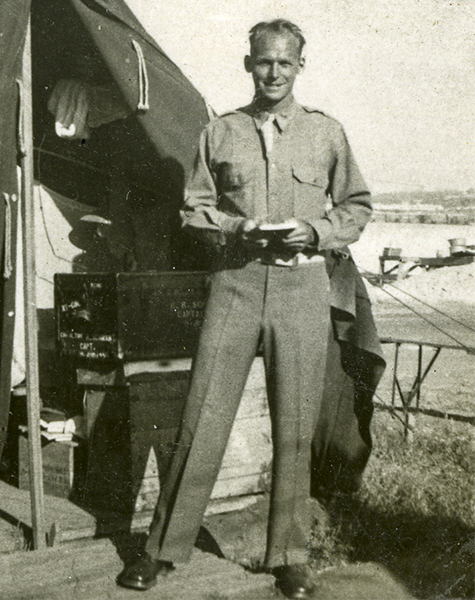 Dr. Philip Westdahl joined the 59th Evacuation Hospital at the same time as René and most of the other physicians, and he remained one of René’s colleagues until August 1945. For most of that time, Dr. Westdahl kept a journal of his experiences and impressions. After the war he compiled them in a 148-page document entitled, “Notes on the Experiences of the 59th Evacuation Hospital Overseas.” He gave a copy of the document to Linda Bine (René’s daughter) and she later obtained permission from Dr. Westdahl’s daughter to include excerpts in the Dear Folksies website. For more about Phil, see his Who’s Who listing.

An Uncensored Perspective: Dr. Philip Westdahl’s Journal, with 79 posts, includes all of the excerpts that were originally published as part of the Dear Folksies blog. Sometimes the excerpts are in the sidebar, next to one of René’s letters, and sometimes they featured as stand-alone posts. Because his document was a journal, rather than letters that were subject to censorship, Phil was able to include information and details that René was unable to mention in his letters home.