Sunday nite the Col. came out suddenly and announced rather secretly to a few that officers and nurses were to be allowed leaves up to 10 days with the provision that they be back here by midnight Oct. 9. When I finally found out that officers could get this, I was already too late, as only 25% are allowed to have leaves at the same time.

Anyway, if Mom and Marie-Louise come here, they would not be here probably before the 8th, so that a leave before that time wouldn’t do much good. Twelve of the men have gone or are leaving in the next 24 hours. Ed Welles left this A.M. by plane to S.F. Bill Drew and Chuck Schwartz leave by plane tomorrow afternoon, on the same plane. They were really lucky to get reservations.

Then there are the five guys who really took the Col. in. They are going to Baltimore – to study for their American Board of Surgery Exam, that they are taking on the 7th here at Camp Pickett. Mattie is giving it to them here! All they would need would be a couple of good books and they could certainly study out here very nicely but, no, they have to go to a Baltimore Hotel where they will have peace and quiet, and, of course, their wives who they have had with them in N.Y. for the last month.

These guys are Gerbode, Phil Johnson, Huff, Armanini and Collie (who is unmarried). When only 25% are allowed off it seems unfair to all of the gang that they could get off on the pretense of studying when fellows like Roy Cohn and others deserve leaves more. Roy wanted to go to Boston to have his knee looked at there.

One funny thing and rather complicated matter was that Lois had been talking to the Col. about wishing to be able to go to Fort Monroe which is opposite the Bay from Norfolk, where Lois spent some years. She has friends there but the Col. took her to mean that she had relatives there and consequently she was one of the chosen few who were told specifically that she could have a pass before any sort of announcement was made. She was granted a pass for October 1st to 9th, but today, after much deliberation, she finally decided to cancel it and hope that you do come and we can both get passes at the same time after the 9th or maybe even beginning the 9th, all depending on when you arrive.

Anyway, we are anxiously awaiting info. As to your change in plans so that we likewise can make plans and perhaps a little finagling. Would appreciate, if you haven’t already written me concerning the above, if you would wire details as soon as you know, so we won’t be in such suspenders.

Yesterday was pretty clear, no rain, but last nite, OIY. Was it ever cold??? We were freezing when we woke up this A.M. despite 2 blankets, a bathrobe and woolen underwear and pajamas. 25 min. exercise didn’t even thaw us.

Now today, with Gerbode and Schwartz gone, I have Phil Westdahl working on the ward with me. We really had a work-out today with 7 new patients – hemorrhoids, cellulitis and thrombophlebitis.

Today Ed Blasdel got to do some surgery!!!! What happened was that the fellow came in that Ed diagnosed as appendicitis. Mattie agreed with him and the two of them followed the case right into surgery. When they got there the Major in charge asked Mattie if he would like to do it. Mattie answered that he would like to assist Ed doing it as Ed had worked up the case. And, much to Mattie’s and Ed’s surprise, the Major said nothing. Ed did a fine job and duly impressed that Major and all, as it was a tough one – retro-caecal and hard to manipulate and hard to invert the stump, etc. 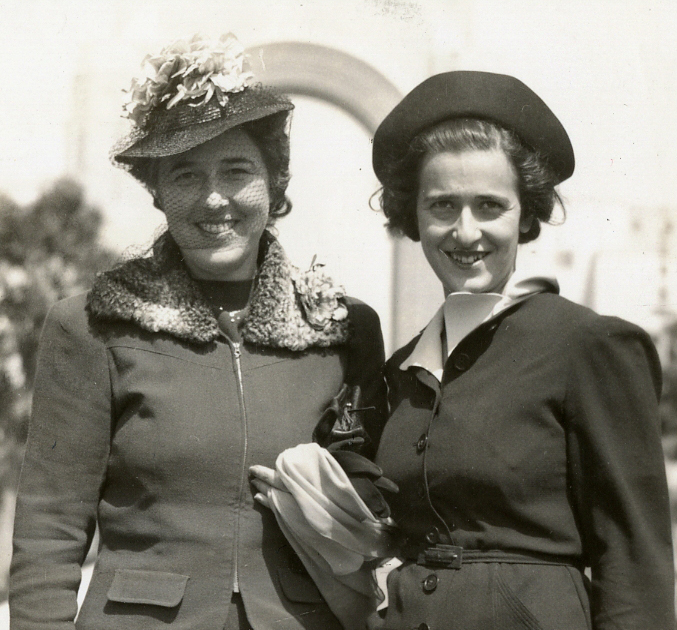 René’s mother, Alma, and his sister, Marie-Louise may be coming to visit René and Lois in Virginia. 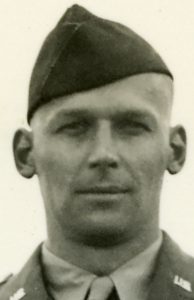 René and Philip Westdahl had seven new patients with hemorrhoids, cellulitis and thrombophlebitis.

Ed Blaisdel got to do some surgery!