Our “Planning Commission” of Gerbode Inc. picked out a decent enough area alright, but their fatal mistake was to fix the Mess Dept. and a couple of other spots that need vehicles coming to them, up on the top of the area, so that the water-truck and other vehicles that have to deliver things around the area do a very efficient job of churning up the ground throughout the area, so that after a very short period of time there were deep muddy furrows where once there were streets. Finally got wise and roped off most of the place, so that vehicles had to go around to get where they want to go, so as not to make the other places worse. But the damage had already been done! We now have some boards across various spots – lanes of traffic – but those boards are getting so slick that one of these times when someone attempts a crossing they are going to wish that they had walked in the mud and only gotten the mud up to their knees, instead of immersing their nether parts in it when they slip off the board entirely….oh, well….

The places that have no vehicles over them are not so bad, but even in front of our own tent – in the doorway – we have had to put boards down so that we don’t put one foot down and land not only inside the tent, but clear through and out the other end of it before lighting. At least we are able to change our clothes when they get wet and are able to dry our shoes out from time to time. The poor guys who are doing the fighting are the boys who really have it tough. 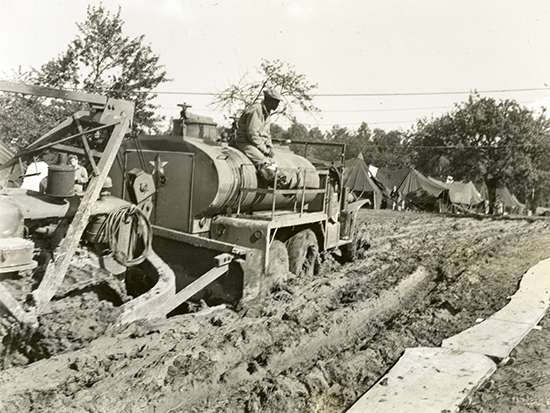 René tells his parents that it was a big mistake to allow the big trucks to drive all over the area because they created “deep muddy furrows.” 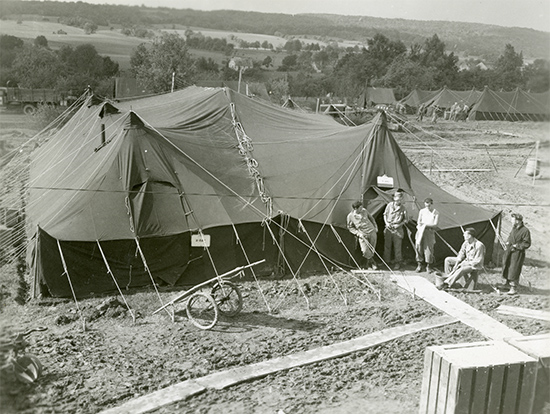 As a result of the deep mud, they had to put boards down so that people could walk from tent to tent.

Evidently there weren’t boards put down for every journey that needed to be made on foot. 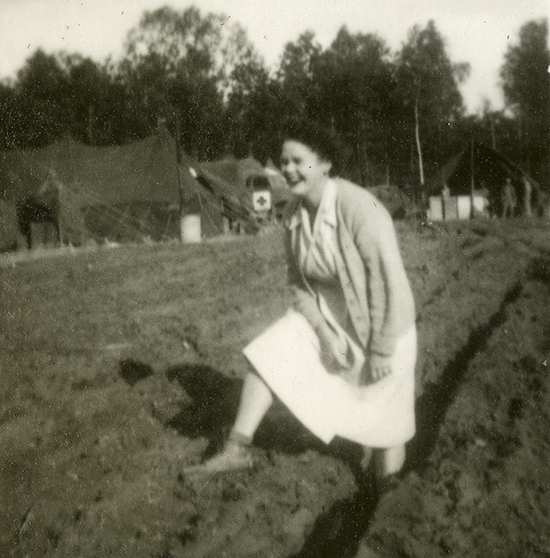 Margaret Woods in the mud.