I’ve just heard the 10 P.M. news — sounds pretty good.  It looks as if the next big deal is going to be the Philippines.  A lot of people seem to feel that Germany is going to fold rapidly, but it looks to me as if, with their backs to the wall, they are going to put up a helluva battle for some months to come — particularly with bad weather coming on, making a defensive war easier.

It’s interesting to see the different attitudes that the prisoners have — there is quite a difference between the youngsters and the older, drafted soldiers.  We haven’t had many in the middle group — they’re either young or old for the most part.  The older ones are fed up with it all.  They hate the Russians but are just mad at the Americans.  Some couldn’t understand why we bomb their homes, their towns, etc., killing civilians, but when asked why they did it to London, Rotterdam, etc., etc., well, they just don’t have an answer.  Apparently they hadn’t thought of it from the angle that they started the thing themselves.

Interesting, too, are the stories obtained from civilians who have seen or who have been subjected to some of the brutality of the Germans while they were occupying France.  One who hasn’t seen any of it finds such stories hard to believe — I know it is for us — but they’re true, alright.  It’s hard to understand how anyone, other than those mentally deranged, could carry out the methods of torture that the Nazis have apparently used on the civilians.

The French, too, of course, have done their share of such reciprocation when they catch collaborators or the Germans themselves.  One can easily understand such things as taking a person out and shooting them or directly killing them with some other method, but torturing is something different.

Stream of ambulances bringing casualties to the 59th Evac. Hospital in Rioz 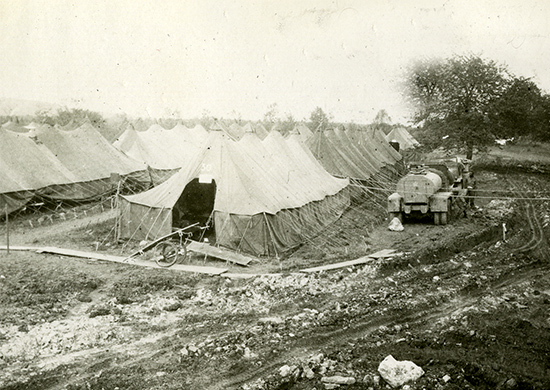 While René works in the wards (shown above and below) he talks to some of the German prisoners and notes the difference in attitude between the younger ones and the older ones. 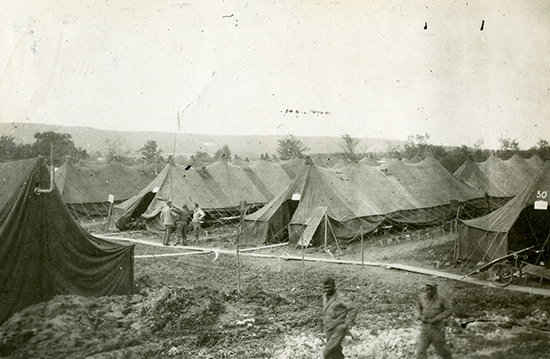