The last few mornings I have been trying to catch up on the sleep I missed pounding the highways.  I wasn’t actually so tired, but my eyes were rather sore from doing some typical California Skyline Highway driving at night — yep, fog!  There was so much fog that the only decent (and yet not really decent) way to move along was to ride with the windshield of the jeep fully up.  It was a bit wettish when the fog was mixed with rain, which was much too frequent for comfort.  Actually, the way the jeep is made I doubt if there is a colder vehicle, other than a motorcycle.  You’re cold all over, even under your seat, so you can imagine how it is with the windshield up.  Another thing that is a little inconvenient is that they did not put automatic windshield wipers on them — the only Army vehicle without them.  So you can picture me driving in the dark, in the fog and rain, trying to make fairly decent time, and using one hand on the wheel and the other on the wiper — shades of trips to Tahoe before 1923!!

Did more 2-1/2 ton truck driving – in fact considerable – but this time I was a jeep man mostly. The Col. and Capt. Jones had quite a disagreement about two weeks ago – the Col. objecting, right-fully, to Jones’ extended trips around supposedly with requisitions. Jones is O.K. but he pulled a lot of things that he shouldn’t have, and now he’s going to be leaving. The Col. put him on a restriction so he cannot leave in any vehicle without first having the approval of the Col. Anyway, that was one of the reasons I was jeeping it – Fadley had one jeep and I had the other, while Roy had the 3rd at the new spot.

Collie was with me for some of the time and we stopped by the side of the road in one little town for our supper of “K” rations.  We got a big kick out of the little girl who came out and was amazed that we were eating our meal without any bread and without any wine.  She was so flabbergasted that we could do such a thing, that she went around to all the French people who were around, telling them what remarkable and rather foolish people the Americans were as they eat their meals without either bread or wine.  The way she put it it just about sounded as if it were a treasonous act.  Of course, when bread was brought out by the little gal’s mother, we couldn’t rightfully refuse it.  We were surprised she didn’t bring out wine also, but we had a little stove and had cooked up some hot bouillon, so were plenty satisfied. 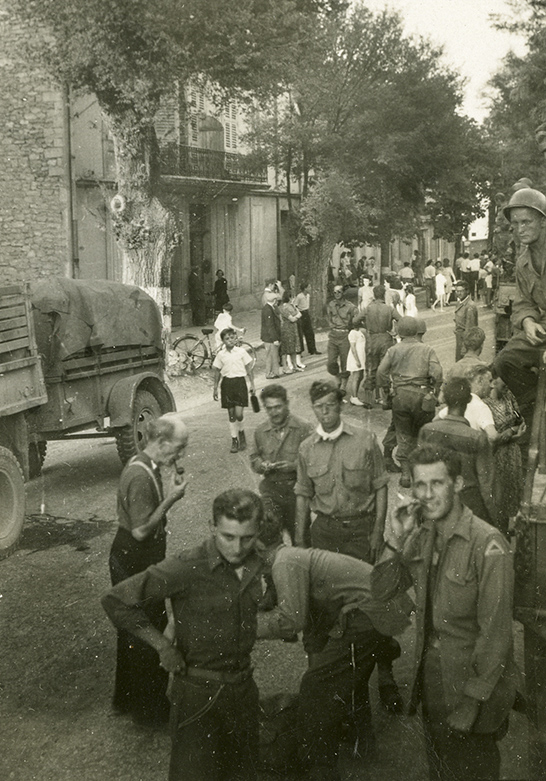 Convoy from Carpentras to Rioz. 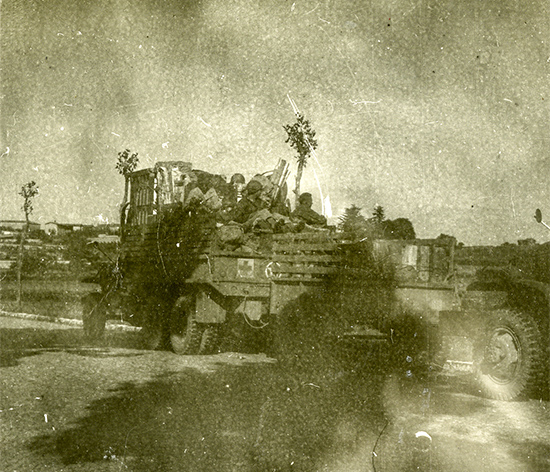