Anthony Sternberg said that the British arrived at his camp [Lubeck POW Camp] on May 2, and he was flown in a C-47 to Brussels. He was supposed to get to Paris from there by train, but the pilot wanted to get to Paris anyway, so flew his plane and load down directly to Paris, so that Anthony arrived home on May 16. Paulette had come back to Paris to await him after she heard that his prison had been liberated. She at first was going to wait at the station but then, wisely, decided to stay at the apartment. Sure enough, Anthony came direct to the apartment, not knowing if anyone would be there, but feeling sure the concierge would know where the family was.

Anthony now works in a bank in Paris. He used to be on the stock exchange, I understand.

Incidentally, that nite I had to talk French the whole time, for only Paulette, Anthony and Nicole understood all the English. After supper, which was excellent, I told Jean-Jacques to open up my musette bag and to take everything out that was in it, that it was all for him. He took out a few cans and then the plasma-box that I had in it also. He replaced the box, thinking I didn’t mean for him to take that too, and was surprised when I insisted that he open it also. His face was a study when he saw the gum and candy. Immediately he thanked me (in English this time) and proceeded to chew the gum like mad. Later on when he went to bed he was careful what he did with the gum to save it (tho’ there was beaucoup in the box.)

We talked so long and so late that when we realized what time it was they tho’t I just about had time to catch the last metro from their district. However, the timing was wrong and I just missed that last metro. Sooo, I walked home. ‘Twas quite a walk.

The next day I went to Lilice’s again for lunch. While there, a package arrived from you, Mom. It had 4 pair of shoes for Dominique plus deviled ham and olive spread. ‘Twas greatly appreciated, but would have liked to have seen Dominique open it herself. One of the cutest stories concerns Dominique and one of the pair of shoes Marie-Louise sent from Puerto Rico. When she goes down the street with Claudine people stop them and ask Claudine where she got the fine shoes. Dominique pipes up with, “They come from Porto Rico.” The questioner is generally astounded and asks again what store she meant, to which Dominique answers again, “They come from Porto Rico. They are my American shoes!” The questioner goes away dumb-founded.

Giles [Claudine’s husband], as you know, is still in the Army, but when he gets out they plan possibly moving to Normandy to take over the running of a home for children that Yvette is setting up. Giles is a radio man, but because of the paucity of such items, they feel that business along that line would not be good for some time. 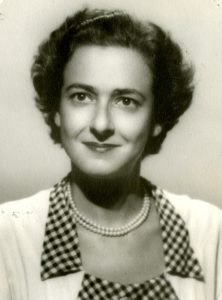 Marie-Louise – René’s sister – sent some shoes to Dominique. René tells his parents a story about one pair that the little girl especially loves. Perhaps she is wearing them in the photo below. 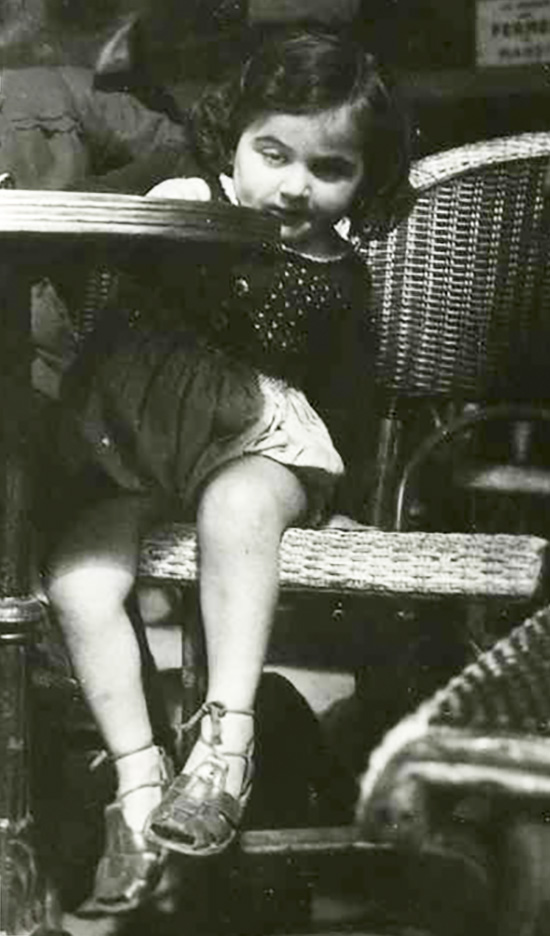