No letter from René on September 18, 1943, so we will keep up on the news of the 59th thanks to some excerpts from the journal of Dr. Phil Westdahl.

We have been quite busy during these past few weeks. Our highest peak was about 1200 patients, about 3/4 of which were medical cases. We are still seeing a goodly amount of malaria and also sand fly or pappataci fever. This latter disease is characterized by abrupt onset of fever, which climbs to about 103 and occasionally to 104-105 and usually remains for 3 days. During this time the patient complains of headache, backache, pain on moving eyes and pains in arms and legs. Patients are uncomfortable for 2-3 days and then feel quite well. Treatment is purely symptomatic.

The surgical side is for the most part doing the same elective surgery we had at Casablanca, acting in the capacity of a station hospital. Occasionally a bomb explosion or other accident in the vicinity brings a rush of traumatic work.

As for extra-curricular activities – the town of Palermo is really coming to life these days. The streets are crowded with returning civilians and soldiers and sailors, British and U.S. on pass. Hundreds of little shops are opening and as usual the gullible souvenir-hunting Americans are paying tremendous prices for worthless junk. On practically every street we see families digging the brick and plaster debris out of their homes, if they may be called that. We had a terrific cloud burst the other night and I shudder to think what those poor people went through. Hardly a house in town has any semblance of a roof.

Took a walk into more remote parts of town at the foot of the surrounding mountains and saw families living in the worst poverty I have known to date. Actually as bad as the filthy overcrowded Arab villages in Africa. Many families are living in natural caves on the sides of river banks. I met one character who had been living thusly for 5 years who greeted us in fairly good American. We learned he had lived in New York 10 years ago. Came to Italy at that time and because of antifascist ideas was imprisoned in Italy for 5 years. Then came to Palermo to his cave where he has spent the past 5 years. 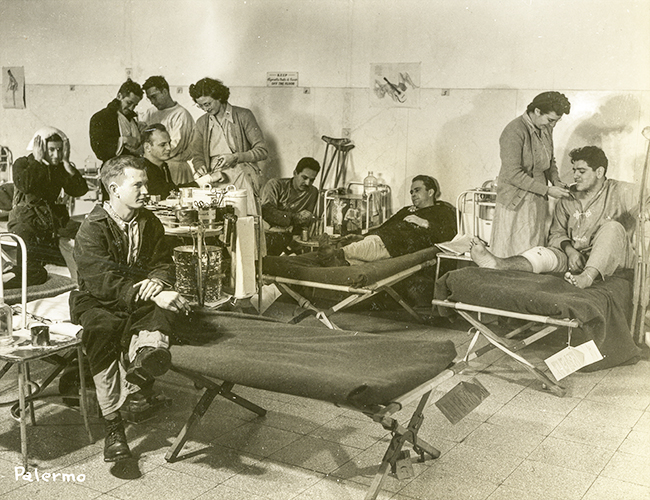 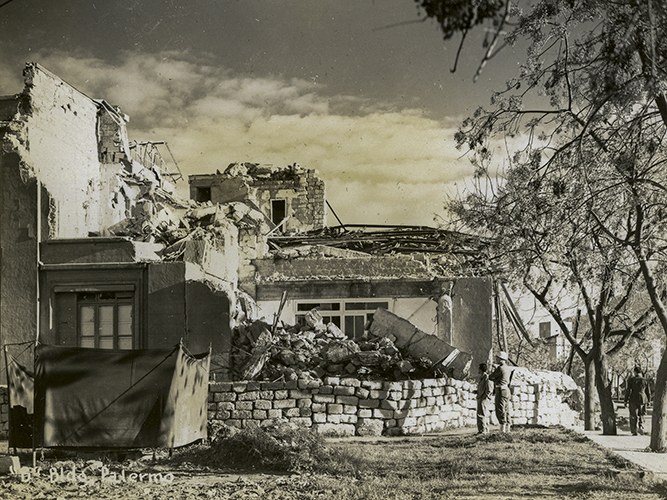 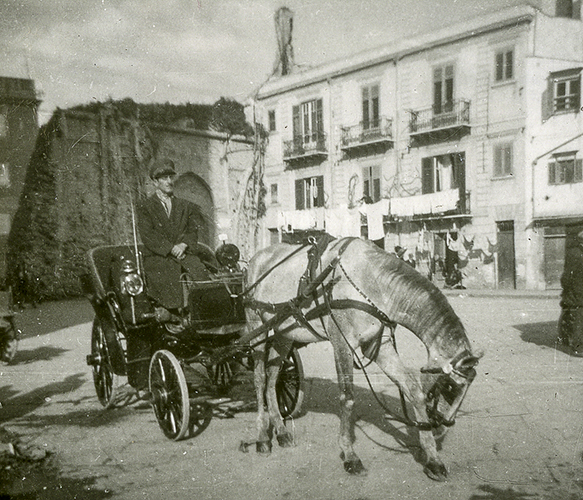