From Wilmington, we were told that we would be going the rest of the way by train and that we would probably get out that afternoon or evening. We had arrived at Wilmington at 3:30 A.M. (EST). After getting bunks and unpacking a bit and taking showers, we all had breakfast. There wasn’t a one of us who did not drink at least a quart of nice fresh milk right off the bat. Boy that tasted good!

Finally at about 4 P.M., we were told that there were train tickets for only two of our group of seven, and that the rest of us would not be able to leave until the following morning.  The two, Roy and Cy Johnson, took off to catch the 5:38 P.M. at Wilmington (8 miles from the field where we were bunked), and the rest of us figured on going into Philadelphia for the evening (only 45 minutes away).

However, at 5 P.M. the sergeant ran in and said that he had tickets for all of us, but we had to rush, as they were also on the 5:38. We were given a ride, supposedly to the station in an Army Station Wagon, but on the way the darn thing stalled and the driver could not start it. We were five blocks from the station and 8 minutes till train time. We flagged a couple of civilian vehicles – the first wouldn’t take us to the station but the other two would and did.

On the way Eddie Welles said to the driver, “We were looking for a taxi, aren’t there any around here?” The driver replied with, “Taxis, my gosh no! You don’t know how we have suffered back here!” This was said in all seriousness and poor Eddie was floored and in convulsions when he finally got out of the car and ran up the steps of the station.

From Wilmington to Chicago we each had uppers, but from there on, we were 4 in a drawing room. Somewhat on the crowded side, but it was getting us home and that was the main thing.

In Chicago we had a 4-hour lay-over and so we hunted up a hotel where we could get some good food. Imagine what we ate? Between three of us, we had 4 orders of the large blue-point oysters, and we each had broiled baby lobsters after that. What a meal!  ‘Twas really good.

Arrived in Sacramento at 5:30 A.M., but couldn’t make connections to get to Camp Beale, which is near Marysville, until a few hours later, finally arriving at 11 A.M.

I phoned Bobsy on the evening of the October 2 and said I was at Beal and did she know who it was that was calling her. She didn’t, guessed several names and even when I told her that I hoped I was her best boy-friend, she still didn’t tumble, so I had to say, “Well, at least I hope your brother is your best boy-friend.” Then she let out a yelp!

Well, they have all told you what happened after that. How Marie and Bobsy came up and drove me down to surprise the folks. Dad turned white as a sheet and actually I thought he looked like the devil, but after about 2 hours he was pretty much his old self again. And in the last week he has been fine. Part of the reason he looked bad that first day was due to the fact that he was in bad need of a hair cut. And, of course, his schnozola wasn’t very good due to the fires in Marin County. [René is referring to the Mill Fire, which started on September 27 and eventually burned more than 15,000 acres in West Marin.]

As yet, I don’t know just what I am going to do. Thinking of going to the County Hospital again, in Surgery, but may not…shall let you know when things are more definite. All of us who have returned are still up in the air as far as future plans are concerned, whether it is worth spending a couple more years in training, or whether it would be better to just spend a short time and then go into practice, me with Dad, or just what to do.

Lotsa love to all of you, 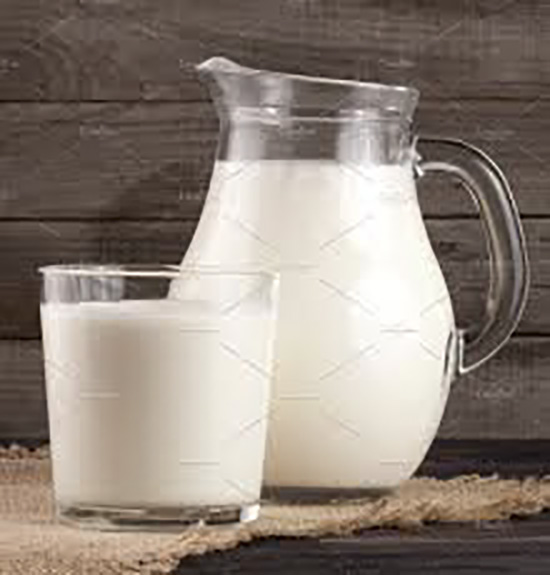 René tells his sister, Marie-Louise, that at their first breakfast on U.S. soil, “There wasn’t a one of us who did not drink at least a quart of nice fresh milk right off the bat. Boy that tasted good!”

He also tells Marie-Louise about a funny encounter Eddie Welles had with a taxi driver in Wilmington, Delaware, on the way to the train station. 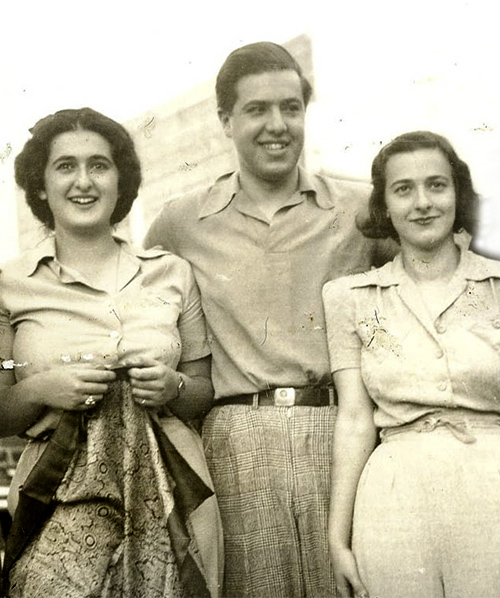 René (before the war) with sisters Barbara (Bobsy) and Marie-Louise.