Golly, I just realized that when I say “Folksies,” above, I really only mean you, Dad, and Bobsy, to whom a carbon is going. It hardly seems possible that Mom, Marie-Louise and Amie will actually be on their way by the time you get this.

Friday night there was a dance given by the Station Hosp. Officers’ Club, and they put on quite a party, having cold turkey, sandwiches, punch, cake, etc. We are supposedly giving them a party this coming Friday to repay them partly for the use of their club, which they have allowed us to patronize without charge. Really they have been most nice to us in that way.

Before going to the party Friday, I had to give Johnie an I.V. as she still has been having a lot of gas pains and wasn’t able to take anything by mouth as yet. I had to wait for 1-1/2 hours while they re-autoclaved the I.V. set, because they only have one of that type in the hospital – that is, a Baxter set – I don’t know other kinds they have, but apparently they have darn little. How they manage in emergencies I do not know. Then, when I finally got the set, they gave me a large needle – a #19 – which I flatly refused to use on Johnie, so waited another 15 minutes while they went and found a #22. Quite a place!!

Saturday, we left Blackstone (the little town nearby) on the 2:05 P.M. train for Norfolk. Well, this being the slow south, the train left at 4:15 P.M. and we got to Norfolk at 7:15 P.M. We walked down to the main hotel in town and found they had no rooms, but they told us to try a hotel about a block away. We did and by golly were lucky enough to get the last 2 rooms in the place – they put the sign “No rooms available” right after we signed in.

Yesterday we took a streetcar to the ferry – quite a ways – and took the ferry to Fort Monroe, where Lois had spent a year or more 9 years ago. It was very nice there, it being one of the oldest forts in the country. As we walked around past the homes of the officers, Lois recognized several names and finally got up courage to go in and ask for one of the Majors she remembered. The Major’s wife remembered Lois and she took us in and then the two of them talked about a million people that they had both known, and exchanged the news about them all. I never heard so many names flung hither and thither in so short a time.

Then after a little, this lady insisted on driving us around the Fort and showing us the two officers’ clubs. One is a beach club and is really nice. The other is built into the old moat and is also most impressive.

We had dinner at the little town of Phoebus, which is right next to the Fort. We had some good crab but some tough steaks.

We got the 9:30 P.M. train from Norfolk and arrived in Blackstone at 1 A.M., having had a good time – not because of Norfolk certainly, but because of Fort Monroe and the company. The four of us always manage to enjoy ourselves, no matter what the surroundings. 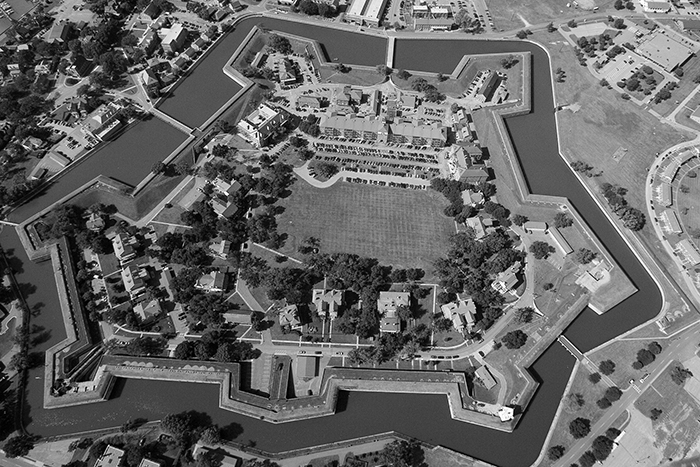 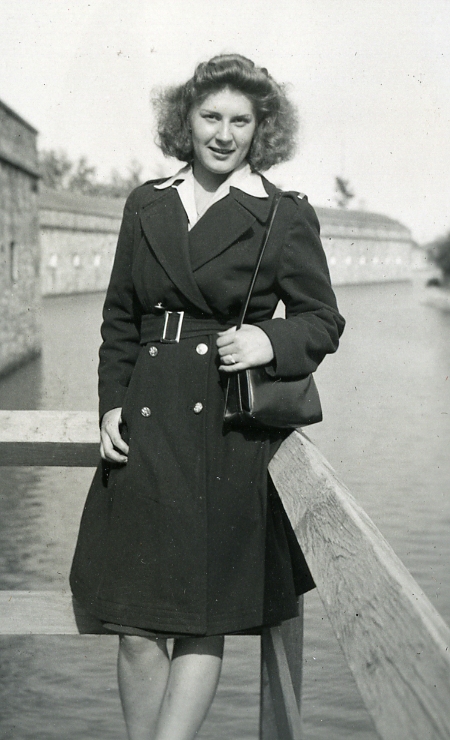 Lois at Fort Monroe with moat in the background. 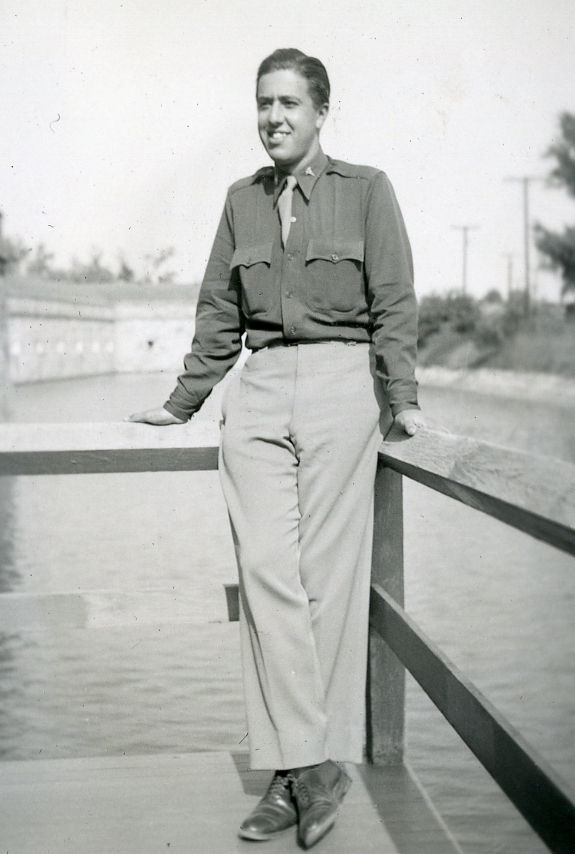 René at Fort Monroe with moat in the background. 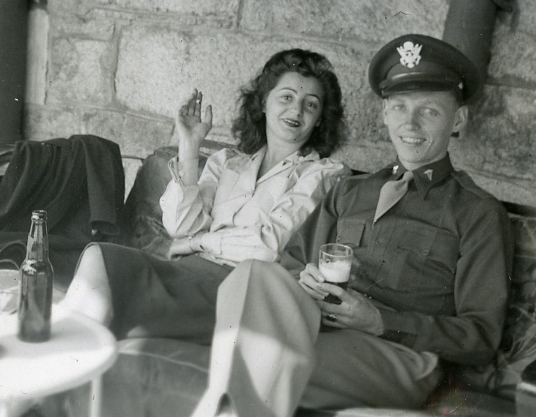