We are still working steadily, running quite a big joint all the time, but at least we have all the conveniences we could really wish for. In fact, one day someone got the idea that it would be better if the patients on the second floor of one building didn’t have to be carried by litter down stairs, outside, and then up stairs again to get into surgery. So, what happens but the Engineers come out and pretty soon we have a bridge running across from one building to another. ‘Tis all enclosed and really mighty fancy. Wonder what the Sicilians all think about the changes we have initiated in what used to be their hospital.

Some of our buildings were rather badly shaken by bombs and shell fire several months ago, so new leaks are constantly showing up when the downpours come along. As a consequence we have to move patients out of one ward into another every so often when their wards begin to get flooded. Now, however, I think we have practically all the leaks stopped so we are looking forward to a dry winter, at least dry inside.

It really is a relief to have cool days now. We have had more than our fill of roasting hot weather in the last several months. It’s really a pleasure to be able to wear an undershirt again, strange as it might seem. Probably, however, before the winter months are finished, we will be saying the same thing about the cold weather. But truly, cool weather is so much more conducive to work than is hot weather. You can always put on more clothes, but propriety prevents the reverse. Aren’t people funny? 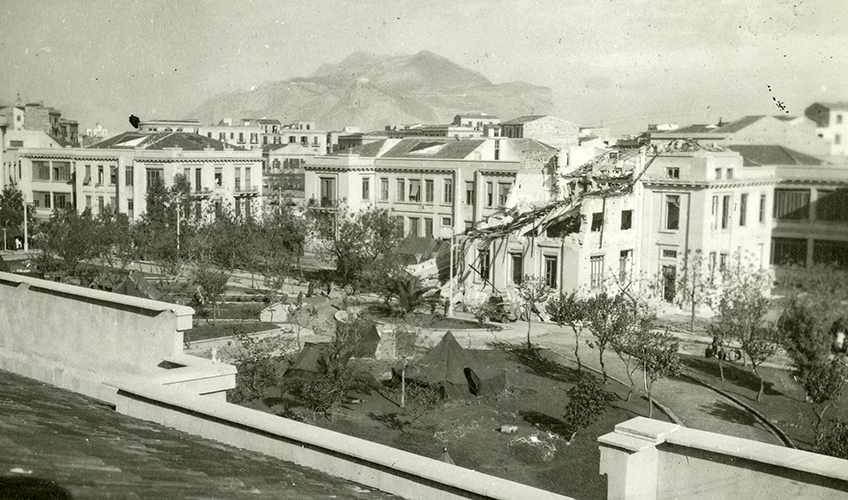 René tells his grandmother about how things are going at the hospital where he works.