After writing on Tuesday, I loafed around the camp most of the afternoon and then when the Capt. and some of the Lts. went in for a meeting with their Col. at around 7 P.M., I went in with them and spent about 3 hours with Lois, after scrubbing some of the Twin Lakes dust off of me in the shower. At the meeting, the Col. had told them that from the next day until the 10th, they were to be on the alert for an attack at any time of the day or night, so that yesterday there was feverish activity going on around here preparing for the attack of the “enemy.”

We ran sick call as usual yesterday and then took our stroll to the lake. While we were there one of our boys whom we had left back at the dispensary came scooting out in the ambulance we had sent for to take men into the hospital clinics. We came back to find a man with a pretty badly swollen knee, so we piled him in with the rest into the ambulance and went off to Pickett. I went in with them to get the mail, get some more supplies and also to see Lois. By the time we rounded up the patients afterwards to come back, it was after lunch time. I had eaten at the 59th mess for a change. Came back and then Paul went in to have his tooth fixed some more.

Last night we were in bed and reading at about 8 P.M. when the Capt. and some Lt. Col. came boom in here telling us that our light shown too brightly and we should put it out or shade it better. The “war” was going on in earnest and our boys had captured a couple of Lts. And a couple of men from the other outfits that were attacking us. This A.M. Paul told me that there had been some real blasts near us, but neither Sgt. Housely or I would believe him, until his story was corroborated by another Lt. – and neither one of us had awakened. There had been some tear gas exploded nearby also, but we hadn’t noted that either. We sure are on the alert ourselves in this “war”!!!

This morn was pretty darn cool when we awakened, but there wasn’t the wind that there was yesterday. We had a heck of a time getting Sgt. Housely up to start the stove before we got up, but he finally made it and crawled back into bed again until the air was warm enough to venture forth.

After sick call this A.M. and our inspection tour, we were picked up by one of the Engineer Lts. who was going on a reconnaissance tour in the jeep. Housely, Paul and I piled in and the fellow took off on the darndest road you ever saw. The jeep did wonderfully and got over all the bad spots and when the Lt. said that we had gone over the whole “obstacle course for jeeps”. We told him that that had been tame and he ought to do it again to prove that it wasn’t a freak performance. So, what does he do, but turn around and go over the last couple of puddles and then turn the original way again. This time, however, he deviated from his original path just a little and it proved somewhat too boggy and we bogged good and proper. This time we had no shovel or ax, the ground was wetter than our experience of Sunday, and we couldn’t get the darn thing out of the mud – even when we tried to lift the rear end up.

It was stuck for good, so off we hiked, finally, back to the camp, which luckily was only about 25 minutes away. The Lt. just now came in and told me that he had taken a 1-1/2 ton truck out with a winch to pull the jeep out and he managed to stick the truck two times and the jeep twice more before finally getting both vehicles out of the muddy area.

After lunch Paul went in with a load that was going in in the ambulance for the afternoon clinics. We had flipped a coin this A.M. and the winner was to get to go back on the last trip with the ambulance and stay in this evening and come back tomorrow A.M. — as the 59th is having a party tonight. I was lucky on the flip and so will be going in later this afternoon. 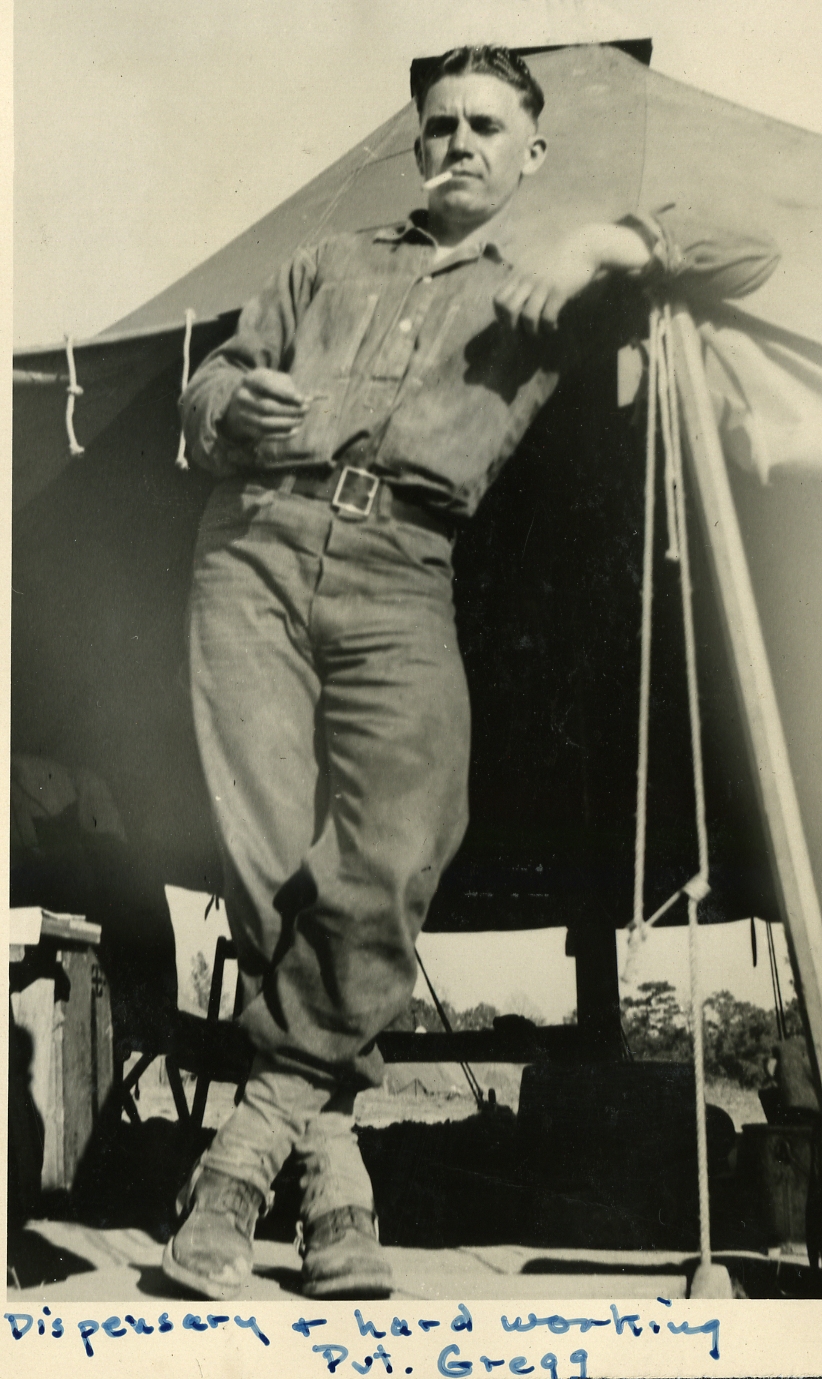 Private Gregg at the Dispensary 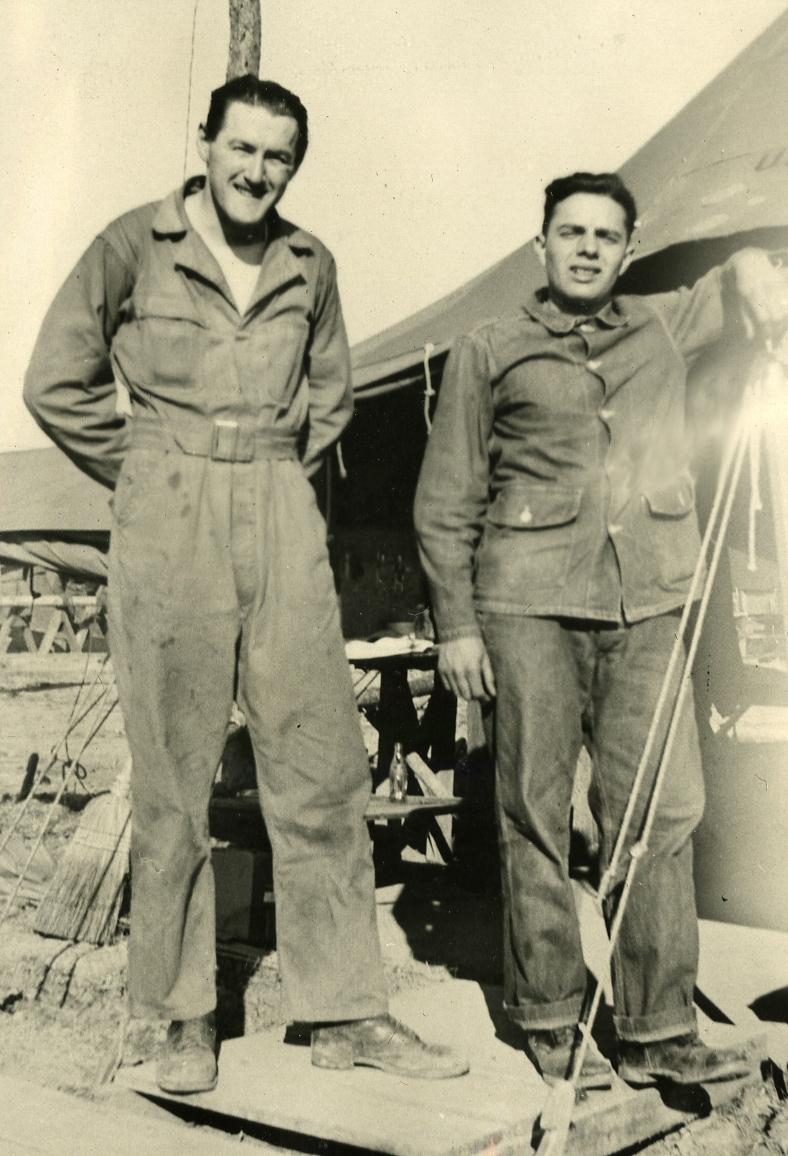 Corporal Scarborough and Sgt. Orsi at the Dispensary