Two days ago we had a pleasant surprise for, who walked into our quarters but “Skinny” St. Claire.  Remember, he was, and still is, in the Judge Advocate’s office of Army Hdq, had some of his law training at Stanford. Anyway, the last week of December he had gone home on the temporary-duty-leave-business, and just returned a few days ago. Skinny had been lucky enough to fineegle a trip home by air from Paris to Maine, but purposely came back by boat, as the waiting for transportation on the return gave him an extra two weeks in the U.S.

Skinny told us some things that we were not too surprised to hear, sort of confirmed a good many ideas we have had concerning the notions of the general populace back home.  I wonder, of course, if it’s true all over — pretty darn sure it’s not true of you folks, but I wonder if most of the things he related were not true of the people in S.F. as a whole, as well as other parts of the U.S.

For instance, Skinny said that he never wore his 7th Army shoulder patch, because no one seemed to know anything about the 7th Army — that to most it “must be a new Army.”  Skinny said that, apparently because of the papers play-ups, no one ever hears of any but Patton’s Army.  Also, to a great number of people, “Ike” is just some sort of political figure, a go-between between the U.S. and Britain, while the one who is running the whole show on the Western Front is Patton.  Patton makes far better copy for the papers than do any others, so I imagine that is why he gets the play-up — but that’s the papers for you!  Skinny’s reply to one such person who thought of nothing but Patton over here — when this person wondered about this “new 7th” that Skinny said he was in — was merely that ours was just the Army that had been the first in the European Theater, through Africa, Sicily and France, and was only the Army that Patton had for two years before he was “demoted to the 3rd.”  That apparently was a shock and most unbelievable to most!

Another bit of news was how the papers, after their initial scare and admittance that they were wrong in thinking that this thing was going to be over so soon, have again gone back to their original thinking, optimistically seeing this over in a couple of months and the Jap War over in 6 months after that.  Is that the way all those papers dish out what they choose to call news?  How about it?

Another thing is the hullabaloo that is being made back there about the continued need for doctors over here!  For gosh sakes, don’t let any start getting suddenly patriotic or even talk about the need for more M.D.s over here!  If the publicity on that were for more M.D.s in the Pacific, we wouldn’t say a word, because we don’t know what the situation is there at all, but, according to Skinny the call was for M.D.s for this theater.  Well, from knowing what we have done in the past month, you certainly must realize how far from the truth the statement that they are needed here is.  At no time since the very very beginning of the African deal has there ever been a real shortage of M.D.s over here!  Sure, many individuals, and some groups, have been over-worked for various periods of time, but that was not due to the lack of M.D.s nearby, but the faulty distribution of those on hand.  When you think of the number that sat for so long in England, individuals and units doing less than one-tenth of their normal working capacity, and the number of idle weeks we and other units have had and are still having — and then you hear them screaming for more M.D.s to come over here and clutter up the place – ‘tis just laughable!

Wondering, too, if this business of trying to get all the M.D.s out of the country and over here might not be a result of the workings of the politicians who want to push through socialized medicine schemes? At best, the American Medical Society is weak, but with all the M.D.s overseas and ineffective, ‘tis certainly a ripe time to start something on that order! 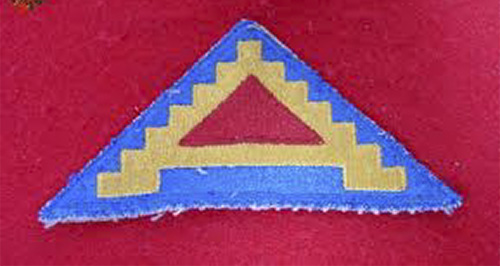 René had a visit from his friend “Skinny” St. Claire, who had just returned from a two-week temporary leave in the U.S. One of the things he told René was that he never wore his 7th Army shoulder patch because no one back home “seemed to know anything about the 7th Army.” 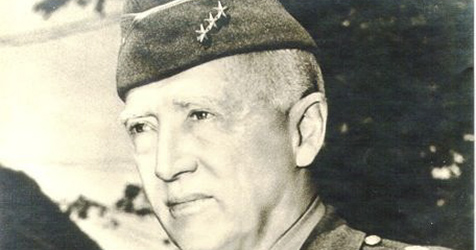 People in the U.S. were much more familiar with Patton’s Army, which at this time was the Third Army.