I’m glad you enjoyed yourself at Solari’s. Naturally we are longing for the time when we will be able to saunter in there also and get a taste of their wonderful cooking. But in the meantime, we aren’t doing so bad at all. What we don’t get out of Kahn’s Klassy Kitchen, when it is turned into Marv’s Messy Mess, we usually make up for by wandering around the Supply tents and finding out which one is doing the cooking that night. It works out very nicely and some of the boys are really good cooks – fried chicken, tender steaks, delicious sandwiches, etc. When un-inclined to get up early for breakfast (which I must admit is almost always), we manage to have coffee and hard-boiled eggs in our own tent, and then a mid-morning glass of orange juice when one of the “force-fluids” patients refused to take of his full quota.

I have come close to blowing my top a couple of times, just as I would in Mission Emergency when local so-called M.D.s would send in cases of measles, etc. Well, the other night when Phil Johnson was on call, he sent a nice boy in with a rash on his chest – diagnosed as measles, not Victory measles, just measles. When I got around in the A.M. the boy had a nice diffuse erythema, definitely not measles, but very definitely a mild sunburn. Had a history been taken, such a diagnosis might have been thought of, but no.

The same thing applied to Frank the other night when, because of possible contact and a little cold, he sent in, as measles, a fellow who had his Pityriasis Versicolor for some 6 months. But, such is life. The only difficulty, of course, is that now those two patients will undoubtedly be back in the hospital in 1 to 2 weeks with the real thing, as they were very adequately exposed on the ward – since we have separate open wards (no cubicles) for Victory Measles and for Mumps. The meningitises, typhoids, etc. are cubicle-ized.

You ask about the laundry facilities that the Arabs and French have. There is, it seems, a lack of soap. But there is plenty of water, tho’ the Arabs seem to prefer to use the nice muddy stagnant water that is around their areas than to search for water that might make their clothes too shiny. As to flies, until the last couple of week they have not been troublesome, but ‘tis beginning. Have seen a few mosquitoes, but have not been bothered by them. 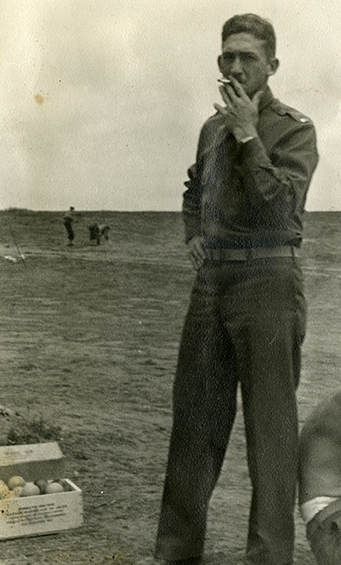 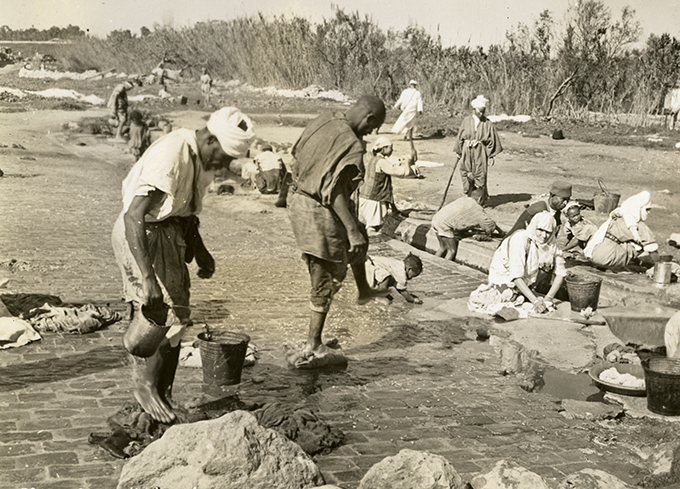 René’s description of the locals doing their wash is illustrated in these photographs. 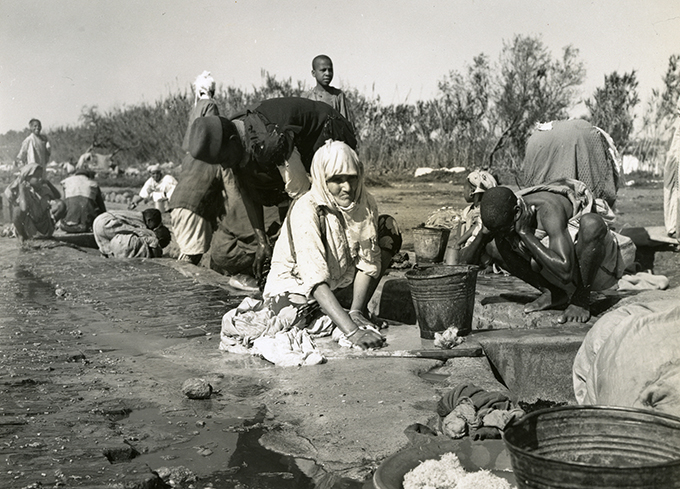