Here’s are excerpts from a letter that Lois McFarland wrote to René’s parents and his sister, Barbara (known as Bobsy).

Dear Mommie, Dad, Bobsy and all,

Today is my day off, so I’m waiting for your son to finish up his work and sign out to someone, so we can go downtown for the afternoon. I haven’t been in town for about 6 weeks now, and I’m anxious to get away from the hospital area for a little while.

We’re apparently getting some new personnel, so we can operate as a station hospital – 1000 beds instead of 750. At the moment, René is orienting a new doctor with his isolation wards, and then he will be able to go back to the surgical side. He’s glad of that, and he’ll undoubtedly still be called as a consultant on some communicable cases.

By golly, even now, when we’re trying to spend a quiet evening in the rec tent, every time the phone rings, I inwardly jump. And a too large percentage of the time it is for him. But that is one of the things I’ll just have to get used to.

Last nite we had a movie in the rec tent, “Son of Fury,” with Tyrone Power. It was grand just having a movie again. We have a few big, comfortable leather chairs and Ren and I were sitting in one together. Then the phone rang, and he had to leave to do a spinal on a new meningitis case. But it was the most awful lonesome feeling, even in the crowded room, when René left. He was gone about 45 minutes and got back for the end of the picture. Right then and there I decided I’d have to put lots of effort into adapting myself to be a good doctor’s wife!

Today is the one-year anniversary of the unit’s activation and the doctors’ going to Ft. Lewis. So they are having a big stag dinner party tonite, with some native dancing girls for entertainment. So, René tells me – I’m a little skeptical, tho’, because I’m forever being teased about this, that and the other thing, I never know when they’re telling me something in seriousness, or just kidding. But René said he didn’t care too much to go (honestly – I didn’t say a thing, and wouldn’t have minded in the least!) so he’s taking calls for several of the others tonite. I fear he is going to be one busy cookie again.

René looks just wonderful these days and has been exceptionally well. He was over his laryngitis in a few days and hasn’t had nearly as many spells with his nose and sneezing as he had in the East. He looks a little thinner, but just as healthy as can be.

I hope you’re all well and happy and not worrying about us, or our hardships. Really, we have very few inconveniences, probably no more than you all are putting up with at home now.

With loads of love, 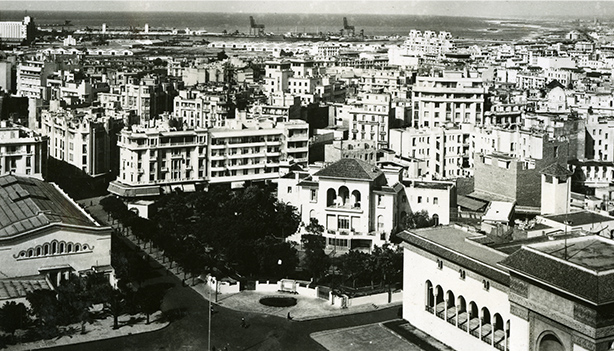 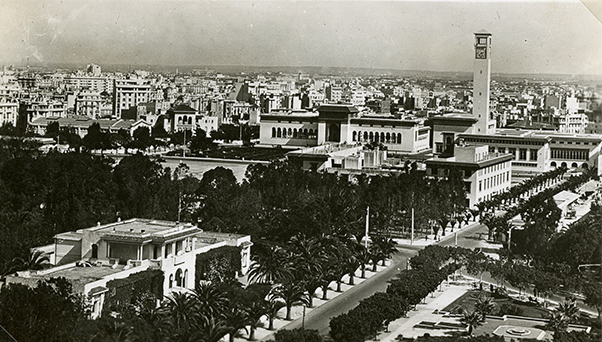 Lois is looking forward to going to downtown Casablanca with René, when he gets off duty this afternoon. 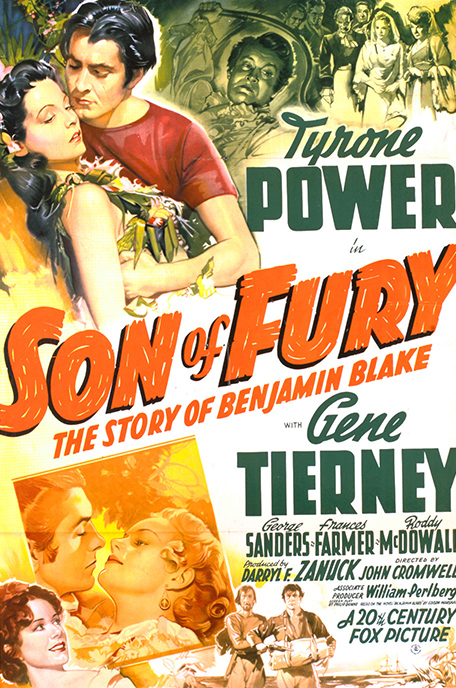 Lois and René watched “Son of Fury” in the “rec tent.” 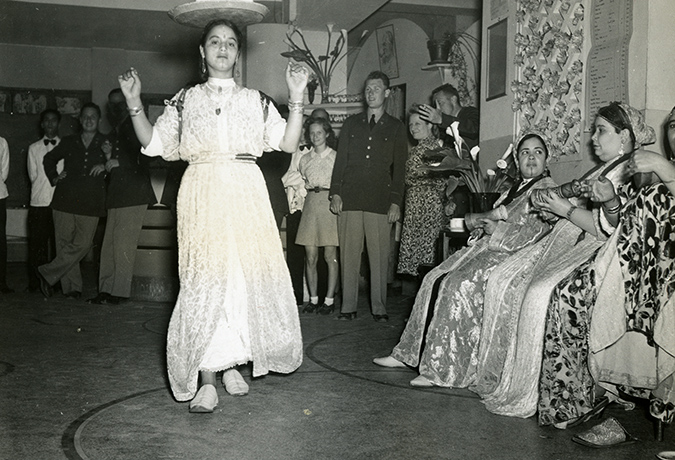 A big stag dinner party to celebrate the one-year anniversary of the activation of the 59th evac unit will feature native dancing girls for entertainment – or so Lois has been told.