Yes, I’m sometimes bad and sometimes good, this time having been bad and having let so many days slip by since the last letter. I have really been busy. After getting back to work on the 29th, I found we had another meningitis case and then right that same day we got another one in. Two days ago we got still another one and this one is almost as bad as the two that Bert and I took care of at San Francisco General during the last month or two that we were there. We’ve been pouring in the sulfa, but he is still pretty bad tonight.

Poor Bambino, she and one of the ward boys had an awful night taking care of that fellow – he was thrashing around all over the place and when you consider the difference between caring for a patient in a nice steel bed on which you can put side-boards, and caring for the same type of patient on a canvas cot with sheets as the only restraints, it is a little difference.

Imagine tiny Bambino trying to hold down an irrational patient – surprisingly enough she does a good job. Aside from such cases, as long as I am on the subject, I’ve had some pretty sick measles, but they are doing fine now. We’ve had a great many laryngitises and some bronchopneumonias with the measles, but all do well by about the 4th or 5th day. We also had one mild meningo-enchaphilitis from mumps, with 1,000 cells in his spinal fluid, but he recovered rapidly in about 3 days.

Pete Joseph is at the moment ill, having come down with what is apparently a pneumonia similar to what Sewell Brown just recovered from. Pete is doing O.K. from all reports, however.

Because of Pete’s absence and the loss by transfer of Paul and Oscar, the Surgical Service is short, so, as of today I am an orthopedist and anesthetist. If this keeps up I will have had quite a well-rounded-out experience for which I will not be sorry.

I have turned over Isolation to another officer who belongs to the outfit that is at the moment running the Venereal section that is attached to us – a separate section. However, very likely the other medical boys will share the wards that I have been running, splitting them up, and Sewell, as long as he is back, instead of acting just as consultant, will have to run a ward or two besides. Oh, oh, last report as of a minute ago is that the meningitis boy I was telling about in the above paragraph, just died. 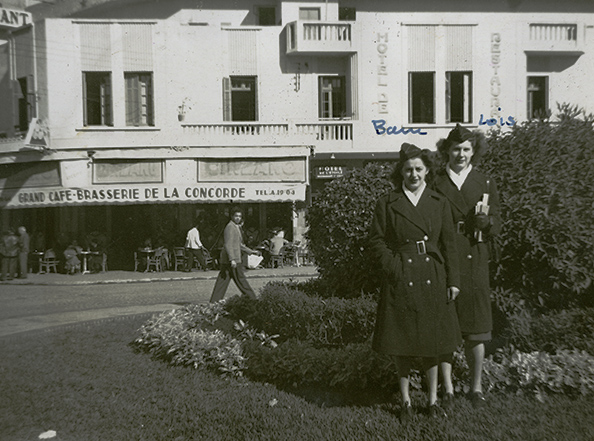 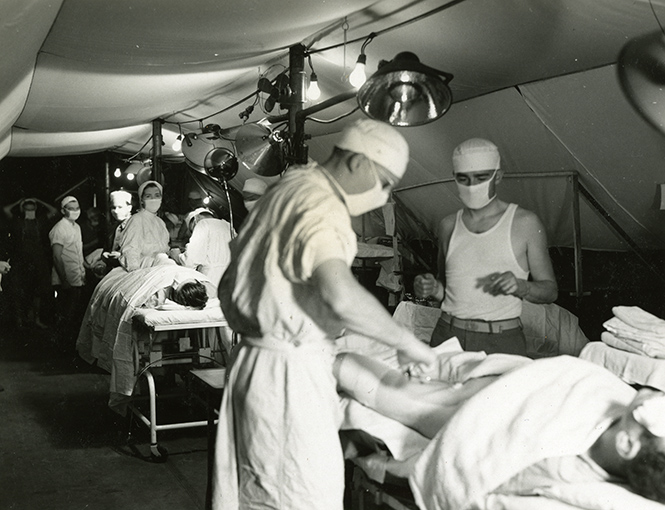