Don’t be surprised at what might come out of this typer today, for it is the Chaplain’s typer, Wy being busy on some sort of requisitions on his typer – so I am not only using Daib’s typer but am closeted in his study while he is back in our room sound asleep.

While I am on the subject of the Chaplain, it reminds me of a story he told me last night after having been out to the Jugoslav camp on a visit. We have had many of their patients, and Daib, since he speaks German well, has made some interesting contacts, and as a consequence has visited their camp several times.

On this particular occasion when he was there they happened to have arranged for an English class, and so he was invited to listen in.   The authorities had gotten an Italian professor of English to volunteer to teach English to them. Apparently, from Daib’s standpoint it was really a scream! The professor would jabber for about two minutes in rapid-fire-machine-gun Italian and then he would say an English word and write it on the blackboard. Anyway, the professor ended up by writing an English sentence, to wit: “Have not Charlie the book?” To the best of this typewriter’s ability, the pronunciation was something like this: “Haaf nought Shaaaarlie de booocht?” At that point, the wife of one of the Jugoslav lawyers turned to the Chaplain, and, in German, said to him, “Now you know why all of us understand a foreigner when he talks English, but never can seem to understand the English and Americans when they do.”

Our Bar-man, of whom I have spoken before, Rudolpho, the cousin of Valentino, was ousted the other day after they caught him selling some things that did not belong to him – things that somehow got into his possession from some of the officers’ rooms.

A few of the enlisted men were mighty happy yesterday—they are headed home on the rotation plan—all three of them are up in the practically over-age group. As they left the area they came out with a big whoop and holler that could be heard almost to the other end of the city.

In other news, the two new majors-to-be are Louis Huff and Ralph Cressman, and Bob Jones is getting his Captaincy – these three ought to be through in a few days. Louis and Ralph are the oldest and most experienced of our original captains and are certainly the ones who deserve the majorities.

Mom, you ask about Miss Diffley – I don’t know whether I told you or not, but she recently got her Captaincy. We had lots of fun kidding her for several days about, “Good Morning, Captain,” etc. 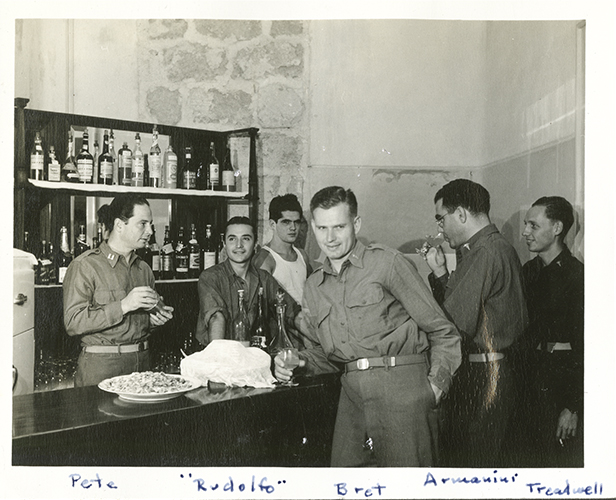 René tells his parents that Rudolpho (the Bar-man) was “ousted’. 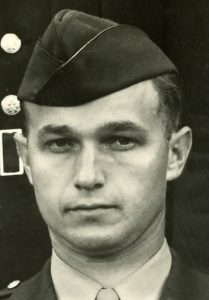 Dr. Louis Huff is one of “two new majors-to-be.”

Dr. Ralph Cressman is the other “major-to-be.”