Have been pretty busy the last few days with the V.D.s, as we had a bunch dumped on us from elsewhere. The rest of the hospital, however, is busy being a hospital for the beat-up civilians, it seems. The majority of our surgery cases have been civilians – everything from mines to wrecks, etc.

We’ve had some darn nice pilots staying with us these last few days – they had to put down for gas and then repairs and then found they couldn’t leave again for a few days, so they boarded here. They were just young kids.

We’ve also had some French Officers and Flight Officers as boarders here. We’ve been boarding more people here than we ever did before, and goodness knows we did our share of that in Sicily. Of courses, in Sicily we boarded some very large groups, but here it has been a constant stream of people – anywhere from 8 to 25 at any one time, not to count the enlisted men that wander in from time to time.

We had some very interesting stories from these French fellows.  They tell of how the Goumes (the French Moroccan troops) have to be bargained with before they will go into battle to take any particular objective.  When they come to a certain objective – a hill or a town – the French officers have to sit down and bargain with the Goume leaders and agree on the price that will be paid to the Goumes for the taking of that objective.  They bargain in food, clothing, booty, and money. Then, when the deal is fixed, off go the Goumes and nothing is heard of them for maybe 24 or 48 hours.  They go off singly or in small groups and no word is had until finally a runner shows up to tell the officers that the objective has been taken.  Of course, this story is somewhat in contradiction to others we have heard concerning the necessity of the officers leading the men into battle and consequently the very high mortality rate among French officers.  The latter I know is true — the French officers have a tough job and the mortality rate among them is pretty high.

Another funny story concerns the French Foreign Legion, which is composed of all types of men from all different countries, including Germany.  There are even some of Hitler’s Afrika Corps among them — Germans who consider themselves ex-patriots or without a country.  These men were put through a rigorous training, of course, before they are taken anywhere near the front.  Well, in the big push when they have had the Germans on the run, they have captured some German tanks and these ex-Germans hop aboard these tanks and if they will still work, off they go to fight the German Army with their own weapons.  One American pilot nearly had conniption fits when he spotted a German tank behind our lines heading hell-bent for election toward the front-lines to enter combat against the Germans.  He couldn’t figure it out until someone explained that the French Foreign Legion was in that vicinity.

A couple of days ago I had some fun swimming and getting dunked.  A gang of us were taken out in a couple of those big DUKWS (otherwise known as “Ducks,” or Amphibious 2-1/2 ton trucks).  We went bounding out into the water, the engine stalled and all got soaked by the wave that came up just at that time.  I had quite a good ride around in the water for about an hour or so.  I had been in one of those before, both before and then again during the invasion of Sicily, but this was a bit more fun, as there were no shells bursting around us.

We’ve had some more movies here lately, but it has been so hot in the movie tent that we are attempting to rig up a good outdoor screen so that we still will be able to maintain some semblance of black-out at the same time. 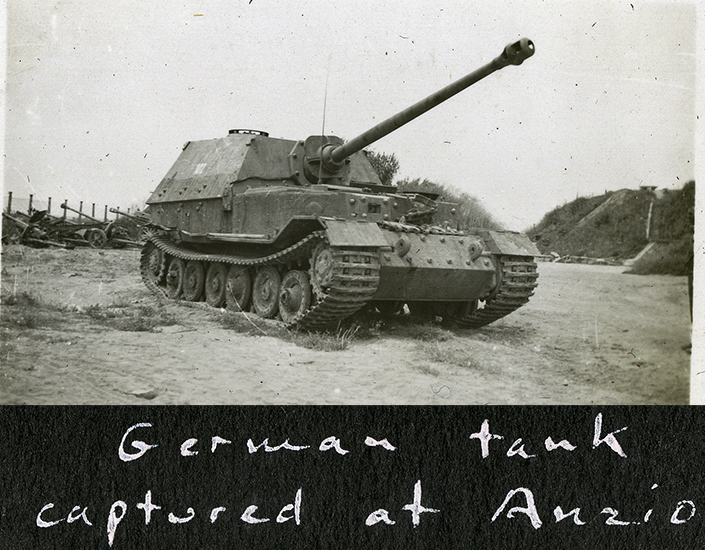 René tells his parents stories he’s heard from some French Officers and Flight Officers who have been staying with the 59th – including stories about captured German tanks, like the one pictured above. 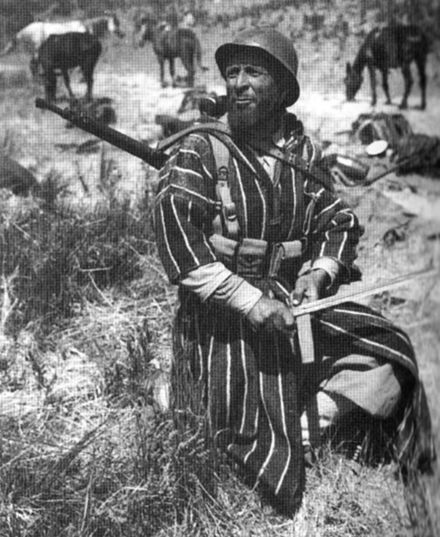 Other stories have been about members of the French Moroccan troops, known as the Goumes. 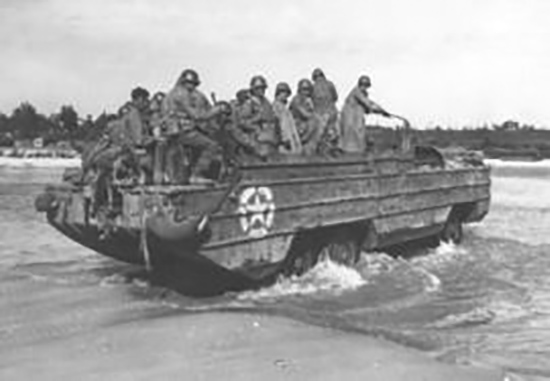 René and others in the gang were taken out in a couple of big DUKWS – amphibious 2-1/2 ton trucks, like the one pictured above – for “some fun swimming and getting dunked.”